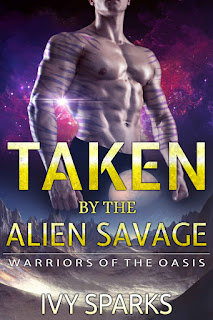 While looking for free books to read with my Kindle Unlimited Account I ran across a title that had me laughing out loud at two o’clock in the morning. Yes, two. I had gone to bed early and was fast asleep when my head hit the pillow only to wake up four hours later, wide awake with nothing to do but stare at the shadowy figure of the dog snorting on his bed in front of the TV cabinet. By 2:30 I did the exact opposite of what you’re supposed to do, I got out of bed and woke up the computer so its screen lights could mess with my brain waves compounding my sleep cycle issues.

Searching for my next book to read is usually an hour long process because I read the reader views as well as the book blurbs Amazon provides. And I won’t lie, I’m a title junky. I’m fascinated by them and envious of those who can write catchy titles. I’ve never been good at titles and back when my husband was a live when I’d create something be it a poem or a painting he was the one who came up with the prefect titles. And he was a picky editor who often got exasperated with my ‘creative’ spelling but that was before Spell-Check and Alexa so if I wanted to write, I needed him.

Boy, did I get side tracked. The title that had me laughing was, Taken by the Alien Savage, a Sci-Fi Alien Romantic Comedy. It was free but even at that bargain price I couldn’t get myself to download it even though I found the whole premise hysterically funny in the middle of the night. What if I died before the book got deleted from my Kindle? What would the next owner of the device think about me? Granted it wouldn’t be like finding a dildo in a nightstand but I don’t want to die with stuff in the house that would have whoever cleans out my estate telling stories about the "old woman and the crazy stuff she kept." I hear those kinds of stories all the time from the son-I-wish-I-had who is in the business of cleaning out estate houses. And just for the record, if I had a couple of shrunken heads in the house I would at least leave a note attached explaining their presence.

Anyway, add to that weird, sci-fi plot line of that alien romance I’m pretty sure it was also part of a sub-genre of romances for “curvy women” that usually have fat cover girl models hanging all over super alpha guys without an ounce of fat on their bodies. I read a book in that sub-genre when they first came out and even though my body type is more like those protagonists than in normal romances, I really hated the whole idea. If I’m going to live in a heroine's head I want her to be what I am not…kick-ass strong and healthy and/or a breath-takingly beautiful woman with brains. Better yet, a breath-takingly beautiful brainiac with a whistle-worthy body who can attract the eye of a kick-ass strong Navy Seal.  Nothing shallow about me. Remember you heard that here first.

By the way, did you know that if you ask Alexa to spell ‘dildo’ she spells it d****o? I had to consult my Dictionary of Slangs and Euphemisms to find it and it brought back visions of me yelling at my mother, “How am I supposed to look it up if I can’t spell it?” Alexa does not spell smutty words, I don’t think she spells swear words either but I already know how to spell most of them so I haven’t quizzed the extent of her knowledge in that area. My paperback Dictionary of Slangs and Euphemisms is so old the cover had to be taped back in place and the pages are brown and brittle. I just looked it up on Amazon and one of their sellers has the same edition I own on sale for only $703.85 plus shipping while a newer edition used hardcopy is at the bargain price of $37.00. If I ordered a newer addition, what would the person closing my estate think if they found not one but two copies on my bookshelf? They’d probably throw them both out, not knowing there’s a market for first addition smut. My copy is so worn out, though, that it wouldn’t go for $703.85 and who the heck tacks on $3.85 to a $700 price tag? What’s that all about? A joke? Greed? Inquiring minds want to know!

I just sold a lot of six books on e-Bay for over $200. (Not smut, just to be perfectly clear.) It was a bargain to the guy who bought them because if sold individually they’d net $400-$450. I have about 50 rare-ish books to sell and my backup plan, if I run out of time before I move, was to donate them to the library. In the pre-pandemic days the library sold collectible books online to help them buy new books but they haven’t accepted donated books since the pandemic started. Goodwill is taking books again but it would break my heart to leave my rare books there. Yup, call me a give-away snob.

Who would have ever guessed how far-reaching a pandemic goes, how many areas of our lives it changes. Not being able to sleep at night is a pandemic fall-out for me and it's why I was looking at stupid alien romances in the middle of the night. And then I discovered Keri Beevis who writes psychological thrillers. I'm on her third book full of twists and turns and now I have HER to thank for keeping me up at night saying to myself, just one more chapter! ©