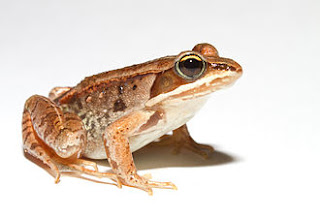 Okay, I’m bored again. Nothing new here so you might as well move along, find another blog to read or go sit in the sunshine or dodge some rain drops if that’s what’s happening on the other side of your window pane. Speaking of dodging rain drops, I tried to do that last week when I came home from the infusion center and the monsoons hit while I was on the road. It was so bad I could hardly see past the window-shield wipers that were going at full-bore. So I pulled off into the driveway to a condo community to wait it out and as I did a huge tree fell across the road I’d just pulled off from. Did I mention the wind? Had I stayed on the road, I would have been smacked flatter than a pancake. By the time got back to my own neighborhood I was so happy to be alive I decided to wait out a second wave of rain in the parking lot of a Tai Infusion take-out food place that I hadn’t been to since before the pandemic. Their front door was standing open and calling my name.

I grabbed my umbrella but it wouldn’t open. Damn umbrella! It went in the trash when I got home. But sitting there I thought, what’s a few rain drops after my near-miss with the tree? Turns out it was more than a few rain drops. I got drenched but as stood under their store-front canopy waiting for my drunken noodles I’d never felt better. All around me was a fleet of lawn care trucks waiting out the rain but I had the canopy space all to myself. It seemed fitting that I should have ‘infusion food’---whatever that mean---after spending the afternoon with an IV line in my arm getting an infusion of a drug that should keep my bones glued together for another year. Now all I have to do it follow the post-infusion diet for the next two weeks. Lots of calcium rich foods, only one cup of coffee a day and for me that translates to eating a can of spinach every day like it was a bowl of ice cream after a bad break up with a boyfriend. I'll eat other calcium rich foods including tins of sardines as well but I really, REALLY love Pop-eye’s spinach. Fresh spinach, not so much but Levi loves it. I get two bites and he gets one leaf. Eating a spinach salad at my house is painfully slow because with each piece for Levi, I have to break off the stem and make sure each leaf gets some dressing and cheese on it.

And water: With these yearly infusions you have to drink at least eight full glasses of water for several days on each side of the treatment. Beforehand to make your veins plump up so the needle goes in easier and your veins can better carry the meds to where they need to go. Afterward to protect your kidneys and decrease any side effects.

Speaking of Levi, that dog keeps me on my toes. I thought he’d left his habit of bringing frogs into the house back in his puppyhood when I had to check mouth to make sure he wasn’t smuggling them inside after every trip outside. There was a point when at night I couldn’t even let him into his dog pen without first checking the place with a flashlight and relocating the frogs who wandered in from the cattail bog close by. I had a see-through Starbucks plastic cup staged by the back door to catch them. Fast forward to his adult years. Now when I let him outside before bedtime I put him on his retractable leash and when he finds a frog I hold him back to just short of kissing distance, but he can't pick them up. At least I didn’t think he could until today. I was sitting at my computer when a movement off to the side caught my attention. Yup, you guessed it. A frog goes hopping by.

My Starbucks catching cup was thrown out a long time ago so I called on my inner child and caught the thing with my bare hands. I didn’t think I could move that fast. I’m just glad that in my haste I didn’t fall and require a trip to ER. Imagine trying to explain that I broke a bone trying to catch a grown-ass frog in my kitchen. While I was holding it I did think about testing the kiss-a-frog tale to see if it would bring forth a prince but: 1) I didn’t know if fairy tales age-shifted like shape-shifters and I’d bring forth a warty old man instead of a young prince, and 2) what if I did get a prince, what would I do with him? Since I have no desire to be a cougar, finding him a princess would seem like the best solution but that would just add another job to my To-Do List. So no kissing amphibians took place in my life. I can’t vouch for Levi, though. He seems to be a dog-slut who will kiss anyone and anything. ©