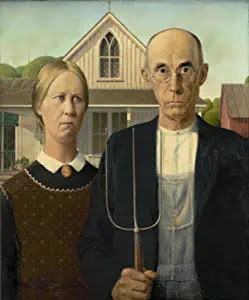 One of my Gathering Girls pals has a daughter who volunteers at a place that’s like a food pantry only instead of giving away people food and goods the store-front charity gives away pet foods and gently used pet supplies to people living on the edge of poverty. The idea is to help them keep their dogs and cats from being surrendered to animal shelters. I have not disposed of much of Levi’s stuff---not ready for that emotional roller coaster yet. But that first week after he passed I did, however, drop off everything with an expiration date...food, treats, medications for fleas, ticks and heart worms and water additive for dental care to the above mentioned charity.

Fast forward to now when I just dropped off three baby/pet gates and two dog beds. I know in the long run it would be easier to pull the band-aide off and get rid of all of Levi’s stuff at once, but I can’t seem to do it. Before this turns into a Country/Western song about a girl whose dog died and she lost her pickup truck in a poker game and she feels low enough to do a duet with a whippoorwill, let me say that I haven’t owned a pickup truck since 2002, we don’t have whippoorwills in Michigan and I haven’t played poker since my teens when all I owned of value to lose in a card game was my roller skates, a bike I rarely rode and a bunch of diaries that my best friend and I occasionally used to play Diary Roulette. The key to winning that game was to remember key dates in each other’s daily activities…say when I knew my friend got a phone call from a boy she liked and there was a good chance she’d rambled on in her diary about Harold or Stan or whoever was her current crush. We can’t all have poignant, Anne Frank-type diaries and thank God for that.

Not even in my twenties when I was dating a guy who’s idea of going on a date was to spend Friday nights at his married sister’s house playing card games was poker among the games we played. Those people and their endless, empty-headed chit-chat that went with the card games drove me crazy but that was back in my Be-a-Chameleon days to get a man so we played cards every Friday night for a year. If we hadn’t broken up we’d still be playing cards on Friday nights and there would never had been a Levi in my life because he didn’t think animals belonged inside the house. I dated two guys from farm communities and while I'm not sure if the other one felt the same way about turning animals into household pets, his stick-up-his-butt father surely wouldn't have approved.

Aaron. Ah, yes, that other country boy: Remember the Grant Wood 1930s painting of the gloomy farmer with the pitchfork and his equally gloomy wife? Had we gotten married, that would have been me, living a life where I disappointed my in-laws because I’d never won first prize at the county fair for my apple pie or anything else for the matter. Not much call for an art major on a farm. My lack of interest in all kitchen related activates didn’t put the odds in my favor of marrying a guy in line to inherit the family farm. If I had known that going into that relationship maybe I would turned up my Chameleon Charm and brought his father a few casseroles. But I didn't and one day Aaron took a severe beating from his father when he got a little too dreamy-eyed over having a future with me, "that ‘college girl’ who was unsuited for farm life." Nothing breaks up a sweet, cream-and-sugar romance faster than a few cracked ribs and a lot of black and blue bruises from a leather belt.

He came to see me a couple of days after that beating, before hopping on a bus to Chicago where he’d planned to get a job that didn't involve milking cows and plowing fields. A few weeks later he was back on the farm. His physical wounds had healed but I doubt his spirit ever did. Gone was his sexy smile, his sweet touches and our easy-going banter and laughter. I didn’t see him again for 5-6 years and he introduced me to his perfectly-suited-for-farm-life-and-father-approved wife. If that chance introduction had happened after instead of before the movie, The Way We Were was released I would have quoted Barbara Streisand’s character Katie when she said, “Your girl is lovely, Hubbell.” And after we parted Aaron, like Hubbell with Katie, would have given me a longing, last look from across the street that telegraphed he wished things could have been different while his wife looked like she had a thought bubble drawn over her head that read, Ohmygod, that was HER wasn’t it!

And maybe it did happen that way. After 50 years memories and imagination tend to blur. All I really know for sure is that life is messy and our summer romance would have made a great country/western song about a guy with a pocket full of regrets who was haunted by his memories of laughing and singing and being silly with a city girl. Or maybe that song would be more along the lines of Garth Brook's Thank God for Unanswered Prayers where a guy and his wife have a chance meeting with a girl he wanted way back when, before he found the true love of his life.

I don’t even remember Aaron’s last name. It doesn’t matter. He’s a single thread woven into the Tapestry of my Life, a rich tapestry of people and events that sometimes make me wish I'd quit reading romance books and write a couple instead. 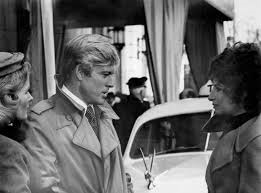 And by the way, if you think you're hearing the theme song to The Way We Were about now, you'd be right. That's me singing...  ©

Memories
Light the corners of my mind
Misty watercolor memories
Of the way we were
Scattered pictures
Of the smiles we left behind
Smiles we gave to one another
For the way we were
Memories
May be beautiful and yet
What's too painful to remember
We simply to choose to forget....
Posted by Misadventures of Widowhood at 12:21 AM