They're Watching Us: Apps and Conspiracy Theories 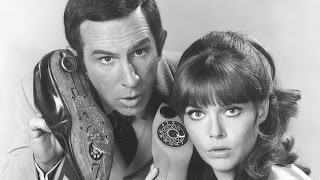 Last week I was sitting in the dealership’s waiting room while they put new tires on my Chevy Trax when I got an alert on my cell phone. It said that I had three flat tires and I needed to get my car serviced immediately. Spying devices might know a lot of things but they don’t know everything. That alert still cracks me up.

From where I live I need to drive along a river to get to most of places I have to go. I’ve always feared sliding off the road and being submerged under water and no one would ever know what became of me. I suppose if I did end up underwater some day I'd get a text alert advising me that driving conditions are too wet to be driving.

The off topic paragraph: (Have you noticed how often I write them?) Anyway, I was telling the service manager when I paid for my tires that I’ll only be back one more time before I’ll have to find another service center and he asked where I was moving. I told him. He handed me his card and said, “We’re down in the area every day. We can pick up your car and deliver it back to you.” We’re talking a distance of over 25 miles. This thirty-something guy always calls me ‘dear’ and sitting in the waiting room on more than one occasion I’ve paid attention to his conversations with other women waiting for their cars and I’ve never heard him call them ‘dear’. What’s up with that? It doesn’t matter, I would never do that---have my car picked up because I’ve seen those young ‘parts chasers’ that work there. When one of them drove my car from the front of the building to the back and he changed my radio station and moved my seat while driving my car a whole 200 feet. If one of those parts chasers took my car on a 50 mile round trip my Chevy would come back pimped out with a cell phone holder sticking to the dashboard, my Bluetooth setting changed and new faux zebra fur seat covers. Front and back.

Recently I got my Google Maps Monthly Timeline Report which told me I had been to 16 places in March, to three cities, drove 135 miles and spent 10 hours in my car. Intrusive? Yes, but think about how handy that would be for a controlling stalker husband or for old people who forget where they’ve been or you turn up missing because your car has been submerged in a river for weeks. I didn’t include how handy it would be for tracking your teenagers because they’d probably know how to turn off the Google app when they go to places that are not parent approved, then turn it back on again when they leave. Still, I hear there are other apps that will give real-time reports. You could be sitting at home in your underwear watching an episode of Fly Fishing in Alaska and your cell could alert you to the fact that your son and his girlfriend are rocking the back seat of your Ford Explorer in the parking lot of Walmart. “Wally World?” you’d grumble, “couldn't they find a more romantic place to park than Wally World?”

Speaking of spying on people I just read an article about the conspiracy theory regarding Bill Gates putting microchip tracking devices in the Covid-19 vaccines that the likes of Roger Stone and the Russian Communist Party had a heavy hand in spreading. It all started from a grain of truth about a study being funded by The Gates Foundation. It has nothing to do with micro-chipping or tracking people but the study is about the use of a special ink that’s being developed that can hold data and potentially be used like an invisible tattoo given at the same time a vaccination is injected. It would act like a digital certification that you’ve been vaccinated and could hold all the same information that we have printed on our vaccine cards. Welcome to the future where you get your temperature taken and an ink reader held up to your arm before being allowed on airplanes, into the Superbowl stadium or mega-large music venues. Fine by me as long as I get to proof-read the info in the ink before they put the invisible tattoo on me. Every time the doctor's office calls in a prescription I try to get them to correct misinformation in my file about which pharmacy to use and half the time they still get it wrong.

Not to fear, they haven't rolled out this technology yet so no one has been marked with an invisible ink tattoo, however the technology to do it is not far off. But reading about it got me to wondering why they don’t just give every vaccinated person a distinctive mark like the scars we got with our smallpox vaccinations. Mine is still visible after nearly 70 years, but I’m guessing pandemic experts don’t want to trust that some dimwit bubbas wouldn’t fake their vaccination scars thus helping to spread every Tom, Dick and Harry virus that comes along. (Not to mention the fact that those smallpox vaccination scars were caused by using live viruses which they don't make anymore.)

Pandemics are going to be sweeping the earth more and more often, according to world health organizations, for reasons that have to do with human encroachment on nature and global warming and isn’t that just peachy-keen. There goes the lipstick industry as we all hide behind our masks? Do you think I could get a grant to study how young people will adapt to flirting without the use of their mouths? But seriously, I for one, admire Melinda and Bill Gates for using their money to help improve the health, sanitation, water and agriculture in developing countries---helping them helps us all---and for studying and funding solutions for controlling diseases and pandemics around the world. They are true Humanitarians and don't belong of the Enemies List of the Far Right. And that's all I'm going to say about that. ©

I didn't know you could make invisible ink this easily or I would have as a kid to keep my brother from reading my diaries. I did have a bottle of invisible ink that came in a spy kit but it got used up rather quickly. So the Gates ink tattoos really fascinate me.
Posted by Misadventures of Widowhood at 12:30 AM