The Widow Woman has Landed! 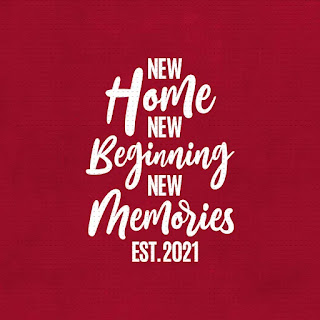 I’m sitting in my new home at the kitchen table with my laptop because I’m not unpacked enough to get my new desk delivered. It’s Thursday and I decided I need to get some normalcy back into my life and since this is the first day when no one is scheduled to pop in it’s a good day to figure out if I’ll still enjoy writing with my first cup of morning coffee. It’s seven o’clock and I’m looking out my nine foot wide window at the other end of the great-room and I’ve set my blinds so that the top two-and-half feet are permanently open since no one can see down in them and I love the light. That view is totally filled with the tops of trees doing their fall best to look awesome. The middle third of the window is covered with honeycomb blinds and for the bottom two-and-a-half feet of the floor-to-ceiling windows I have the blinds open and I can just see people from the knees down as they walk by. And in case you’re wondering I’ve already put a table and chair down at the end of my parking space with the huge picture window so that I can sit and watch for the swans on the lake.

Back tracking now: Tim (the-son-I-wish-I-had) and his two sons packed the van last weekend and it took three hours. Tim alone is crazy-funny, a class clown kind of guy and you can tell his sons have an even measure of him in their personalities. The sons at one point made a rule that neither Tim or I could talk but that didn’t last long because we were both verbally wrestling for who got to be the boss of the crew. By the end of the packing I only had my bed, an overnight bag and small plastic box labeled ‘Temporary Kitchen’ which I’m still using. It’s got one spoon, knife, fork, coffee cup inside plus paper plates and drinking cups, a bowl and plate for the microwave and a cutting knife. My goal is to get my kitchen unpacked today. Hopefully. I’m proud of the fact that of the 167 boxes I moved in with I’ve only got 30 left to unpack.

Monday Tim and I came to my new place to pick up the keys which involved going through the process of finishing the paperwork and get my packet of information. Then we moved stuff into my underground cage storage and another storage unit at the end of my parking space. Cage storage turned out to be bigger than the spec sheet said and it’s climate controlled so that’s pretty cool.

Tuesday I left my old house with the van following behind and I didn’t get more than a half a mile away before I burst out crying. The enormity of what I was doing and the long road I was on to accomplish the task hit me hard. But it passed quickly as we pulled into the parking lot of my new home and I got hooked up with my on-site Moving Co-coordinator. We'd made it and my relief was palatable! My niece met us there and Tim had his worker with him, a kid in his early twenties. At one point in time, he and I got to laughing so hard I literally peed my pants and that hasn’t happened in decades. We were in the cafe` on campus having lunch at the time with lots of staff walking around. One of them came over and said that we were their first party. I guess if you're having as much fun as we were (being punch drunk on silliness) it's a party.

We moved a lot of stuff in by handing it over my deck railing and at one point the CEO of this place and its sister in town stopped to ask how things were going. I told him the toilet was leaking and that I’d already told the concierge desk, but he wanted to see it. Standing in my bathroom he called maintenance and within ten minutes two guys had replaced the leaky value. The IT guy stopped by to hook up TVs and devices, too, but I wasn’t ready for that. Later on the activities director stopped by with a miniature orchid plant in a gift basket that also had in it a roll of toilet paper, a coffee cup, some apples and energy bars.

By 6:00 my niece’s husband came up and they made some order out of my kitchen so that my table, at least, was in the right place and the kitchen boxes sorted out to unpack. Then we went out for dinner after which I got a shower and fell into bed (with over 17,000 steps on my step counter watch app). That’s when I discovered I’m going to have get used to wearing a sleep mask because the parking lot lights give my whole place a neat, romantic glow inside but I’m used to a lot less light for sleeping and I refuse to get heavy black out curtains…or drapes of any kind. All our windows have the honey comb blinds and we have to keep them but we can add anything over them if we want.

So far, the people who work here and who are only in their first days on the job are super friendly and eager to help. The food has been amazing. I’ve got thirteen days to get totally moved in before I have cataract surgery and wouldn’t you know it, I’m going to miss their first field trip, a cider and wine tasting at a famous apple orchid in the area. It's the same day as my surgery. ©

Email ThisBlogThis!Share to TwitterShare to FacebookShare to Pinterest
Labels: moving