The Last Days Before my New Beginning 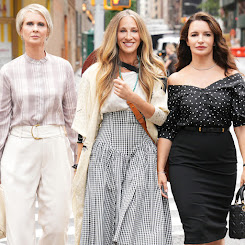 If you're reading this the day it went live---October second---I'll be out in the garage waiting with baited breath for the son-I-wish-I-had to deliver the twenty-six foot moving van he rented. He and his sons will load that sucker up on Sunday and he is confident all my stuff will fit. I’m not so sure. I’m embarrassed and a little panicked to admit that I ended up with 167 boxes. In my defense a lot of them are small boxes and some of the bigger boxes are full of the smaller boxes that I’ve condensed inside so we can make less trips back and forth to the van. And everything got tagged with a number for the inventory sheet like a jigsaw puzzle roll-up mat and the laundry cart. Fifteen boxes are full of books, ten boxes hold kitchen and laundry room items. I can’t imagine how many I’d have if I hadn’t downsized in those rooms. Two boxes holds all my shoes and boots and the way the weather turned since I packed, I’m going to need my L.L. Bean Rubber Moc boots soon. It was super hot and dry when I packed my clothes and I used my winter sweaters and sweats as packing material. Oops! I’ll freeze my balls off, if I had a pair, before I get totally settled in.

This past week has been the calm before the storm. (Note it took me four proof readings to finally see that I originally wrote “the clam before the storm” and while Google whispered in my ear that strong, storm-driven tidal waves have been known to cause a killing field of razor clams that is not what I meant to say. Damn dyslexia.) Anyway, what I was trying to say is that everything that could be done has been done and I’ve been twiddling my thumbs, hoping I haven’t forgotten anything. To paraphrase Santa, “I made a list and I’ve checked it a million times.” If I forget anything it will be my name because I’m really tired of thinking so much.

Earlier this week with time on my hands I even obsessed about the idea of switching the location where I’ve been planning to put my media cabinet and my bookshelves which would have meant relabeling a bunch of boxes and making a new floor plan for moving day. It wouldn't be an easy job to switch them once they get loaded up with books, CDs, VCRs, DVDs and photo boxes. After playing around with idea for two days I finally decided that since the whole idea was driven by the desire to make room so my TV could go inside the media cabinet instead of on top of it---for nicer aesthetics in my main space---that a better plan would be to get rid of all my CDs and cassettes and get a radio that I can get an XM Sirius Prime Country subscription. The player and speakers I’m using are such poor quality that I don’t enjoy music in the house like I do when I’m in the car. Who said I couldn't/wouldn’t have new goals after moving? In the meantime I unlabeled the box of packed VCR movies and the player and off to Goodwill they went. I haven't played any of them in a decade so why did I think I'll do it going forward?

Speaking of obsessing, I couldn't stop thinking about that box of glassware and cups the woman I hired packed. I bought three smaller glassware boxes and unpacked what she did. I'm glad I did. She had stacked things three deep that shouldn't have been stacked and that box was so heavy its bottom wouldn't have held up.

Tuesday I managed to get in a long lunch with two of the ladies from my old Gathering Girls group. It felt good to laugh with them again. The pandemic did a number on our group of six but instead of mourning the way it used to be I'm working on being grateful we were a cohesive group for as long as we were.

Also this week I met an old friend for lunch. He lives north of me and we met in the middle. In all honesty it could be the last time I’ll ever see Gary. I don’t like to drive and he’s getting more physically disabled every time I see him. But he promised to come visit next spring and I promised if I come up to tend my husband’s grave I’ll give him a call to meet for lunch. He was a close friend of my husband’s since their high school days, bonded together by shared good times both before and after I entered the picture and by helping each other out when one or the other went through a rough patch.

In the 52 years I've known Gary he and my husband talked weekly for more years than I can count and there was one question I was dying to ask him---in person, face-to-face. Don’t judge me for this but I wanted to know if Don ever talked about our sex life. “No!" Gray replied, "Never. Not a one word,” I've been curious about that for a while because on talk and TV shows, in books and movies young/er people seem to freely discuss details of their sex lives that I never would have ever shared with friends. I can’t decide if this is a good or bad thing for society. I mean violence, war and murders are okay to depict in vivid detail, but not sex? Doesn't make sense.

On the other side of bed sheets shouldn't some things between a couple remain private or off limits in this age of documenting our whole existence on social media? And look who is asking this, the woman who spills her guts bi-weekly in her blog. Note I'm being bit hypocritical here, too, because I did write about our sex life once in a post titled The Love and Laughter Memories but I did at least, spare readers the graphic details. So there's that in my defense of adding to the pool of too much information. ---See, I told you I had too much time on my hands this week otherwise my mind wouldn't have wandered this far off from the gigantic task ahead of me. ©