Hanging Around the Cafe` 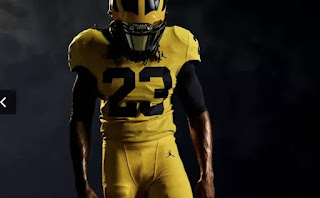 I’ve been in my new apartment a little over three weeks. Right now I'm sitting in the cafe` while people watching over steak sliders and fries looking for inspiration the way I used to do at the Guy Land Cafeteria. There are plenty of people here to watch but writing about people I may come to know well seems creepier than writing about strangers passing through my life by happenstance. There’s a woman here, for example, who is put together better than a fashion plate for Senior Living Magazine. She has model perfect hair and makeup, perfectly fitting high quality clothes. She’s a dignified, fit and trim lady with proper decorum that makes me think of mansions on The Hill. In my head I call her the Jewish Matriarch because whenever I see her I find myself sitting up straighter, making sure my knees are tucked in close together and I'm ready to say, “Yes, ma’am” if she tells me to spite out my gum. I don’t chew gum but you get the idea. In another century she’d be the Lady of the House and I’d be the scullery maid. I’m not sure how I’ll feel about myself if later on I find out my assumptions about her and others here are too far off base. Maybe it would kill my favorite head game of daydreaming back stories for strangers? But would that be such a bad thing? Their real stories might be better.

The people who work here already know my name and apartment number. It might have something to do with me being the third person to move into the complex on their second day on a new job because early on the concierge ladies, the activities director, the cafe` workers and others call me by name which shocked me because at that point I hadn’t even considered learning theirs. So I shifted gears, knowing these people are my new tribe now and I needed to make an effort to chit-chat when I have business within their job descriptions, get to know them as people. One of the concierge ladies---who others  here compare to Julie from the Loveboat---says I’m helping to train them because I’ve been the first to ask about lots of stuff like how do I get an overnight parking pass for my niece, how does the complex define ‘cardboard’ to go down the cardboard only chute, and when Amazon asks “where do I want packages left at my apartment building” which box do I check?

The Cafe` on another day: It was last Saturday and I was trolling for blue collar people to connect with by wearing my “Fisher Body Gone But Not Forgotten” sweatshirt. For anyone who might not know it between 1908 and 1984 some of the GM/Chevrolet factories used to be named Fisher Body. My husband retired from the corporation where he was a die maker back before computers did the math involved in building the dies that stamp out the fenders, hoods, doors and other body parts on new model cars and trucks. It took a long time to build those dies and test them before sending those giant dies off to stamp out cars parts. (In case you're confused, the parking lot maintenance business he owned was his side job which paid better than his skilled trades job at Fisher Body/GM. Don was a certified workaholic which made me one too if we ever wanted to see each other.)

Anyway, I live in a town where Fisher Body once employed a hefty portion of the population and anytime my husband or I worn our FB sweatshirts---which wasn’t often---someone would always start a conversation that went something like, “My so-and-so worked at Fisher Body…” Not this time. I saw a couple of people’s eyes tracking across my chest as they read my shirt but no one said boo. Other than t-Shirt Tom I haven’t seen anyone else wearing t-shirts or sweatshirts with writing on it. And I decided that we---meaning me specifically---can’t dress in Sunday-go-to-meeting clothes every day if we’re going to be living here 24/7/365 days a year. I was making a stand, declaring that, yes, I have clothes that are 37 years old and on cold days, I like to wear sweats.

I didn’t stay in the cafe` long because just after I got my turkey club four or five people poured in and asked the manager to change the TV channel so they could watch the University of Michigan football game. Coming up soon---actually, on the Saturday this gets published---we’re having a tailgate party here and I might go for the hot dogs and beer assuming I can hide my disinterest-bordering-on-disdain for contact sports long enough to eat. I watched ten minutes of the game today, noted the knitter in the cafe` throwing her arms up in the air a couple of times, probably losing a whole row of stitches with her enthusiasm. I have her pegged as an x-cheer leader. She’s a cute little thing who in a recent class we both attended declared, “I’m through with men!” Okay, then. It will be worth going to the tailgate party just to see if t-Shirt Tom hits on her. He's fan of college football as well. © 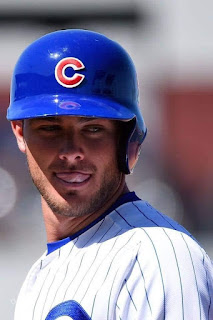