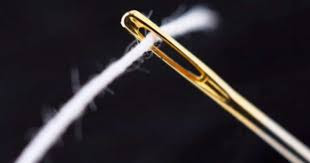 I might have to start blogging three times a week just to keep up with a diary style dialogue of what I’m doing here at my new place. I’m averaging one class a day (tai chi, chair yoga or seated stretching and soon to start book club, painting and handicrafts social hour) plus one meal out among the living per day which seems weird after the isolation of the past two years with the pandemic and me concentrating on making this move possible.

Finally I made it to a Sunday brunch here at the campus restaurant and it was a wonderful spread of food. If I had eaten alone I would have gone back to the buffet a second time and most certainly I would have taken a photo of the artful display of goodies. But I had no more than gotten inside the door when another women invited me over to sit with her and I wasn’t about to pig out in front of a stranger. I’d talked to her once before and it would have been rude to refuse her invitation although it crossed my mind to do so. That’s something I’m finding out about myself and restaurants, I really don’t mind eating alone. Trying to make conversation with strangers over a meal is awkward...kind of like going on a blind date. You want them to like you but you don't want to reveal too much too soon in case you don't gel. But the people here are quick to invite you to their table or invite themselves to yours. Shortly after I sat down two skinny Minnie women came in and asked to sit with us.

At one point Woman One asked me if I was a widow and after I answered I asked, “How about the rest of you ladies, are you widows as well?” Woman One chimed right up, ”Well, I wanted to be a widow but the State of Virginia takes a dark view of murder so I divorced the guy instead of killing him.” We all laughed. You could tell it was a practiced line she’d used often. We all have them and talking with these women I realized I need to retire the expression, "Oh, wow!" Can you tell I was easily impressed by their accomplishments?

As our four-way conversation progressed it came out that the Skinny Minnie Twins met in college and they pooled their money to buy a lake view apartment where their cats have a room of their own. Neither has had children or been married which leads me to assume I’d just met my first gay couple on campus. One of these ladies was super friendly and upbeat, has her own weaving loom taking up a corner window like my painting easel does and they both volunteer at the library guild.

I have yet to meet a blue collar person living here other than me. All the women I’ve met had interesting careers and a high percentage of them "love to do volunteer work." Except for my caregiving years, I’ve spent most of my life indulgence my every whim and only lasted in the volunteer world for a couple of years when I was in a service sorority in my 20s which I quit as soon as I acquired an active dating life. The phrase 'chicks before dicks' hadn't been coined back then aka I thought it was my job to find a husband and times spent with other women was just killing time until that happened.

Two times since the Sunday brunch Woman One and I have eaten together. The first time she again invited me to sit at her table and the second time I saw her coming down the lobby and I quick took a table in the corner with my back to the dining area hoping if she saw me writing like a mad hatter she’s take a table by herself. No such luck. She came over and sat down across the table from me like it was a given. Then t-Shirt Tom came in and she flagged him over, practically coerced him into joining us. t-Tom and I actually have common ground in the fact that we both spent a lot of time in the same lake recreational area in our younger years. He’s more down to earth than I first through and what a small world it is, Woman One was a social worker decades ago and brought child welfare cases before the same small town, county court as he often defended his corporate client. He was an in-house lawyer with only the one client.

She and t-Tom both agreed that they visualized lunch and dinners at this place to be the main times to socialize and I said I thought classes were going to be mine. I went on to say that I’ve eaten my meals alone or without conversation due to my husband’s language disorders for twenty-one years and that I’m having a hard time adjusting to that change at meal time. Hint, hint. Figuring out how not to get locked into having all my main meals with the same few people for the rest of my life is my latest puzzle to solve. Get my food to go? Get it delivered? Change up the times I eat? A combination of all three? But, hey, this and the fact that UPS, Amazon and Fedex don’t have a clue where to deliver packages are my biggest problems so far and they'll get it ironed out.

Friday we have a Residents Dialogue Meeting with the CEO which will be a monthly talk about things that need improving. Getting blackout shades is high on my list---the parking lot lights are bothering a lot of us at bedtime---and Woman One says she’s going to complain about them taking the pork loin off the menu. Okay then. Should be an interesting meeting.  ©