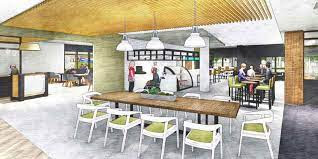 Do you remember Bea Author who played Dorothy on The Golden Girls and Maude, the antithesis to the Archie Bunker character on All in the Family? Lately I’ve been running into a woman here on campus who has the same voice as Bea Author only her personality is more Auntie Mame than Dorothy or Maude.  She’s loud, funny, out-going and friendly. But the thing I find the most fascinating about her is that she’s got this running joke going about how she wants to start a Scandals & Gossip Newspaper here on campus and shove them under our doors at night. Every time someone says or does something noteworthy---that I’m itching to write about in my blog---she pipes up with, “That could go in my newspaper!” Cracks me up every time and I’m sure I have a cat-that-swallowed-the-cannery look on my face knowing I’ll go back to my apartment and actually write about what we both find worth documenting.

I met our Auntie Mame by going to the cafe` a little later than usual and being invited to sit at the big farmhouse table with a core of 10-12 others who seem to eat together frequently. I’ve been invited to the table 4-5 times now and each time I’ve had more fun than the last. Mostly I listen but I’ll add a humor nugget once in a while to the mix. Last night they were teasing a woman and a guy when it came out that she’s visited him in his apartment, to listen to him sing. He had one of his songs recorded on his phone and we passed that phone around. Ohmygod, the guy sounds just like Bing Cosby. Between him and another guy who spontaneously started singing along with a piano player giving us a concert last week I can’t wait for Christmas Carole Night coming up.

Our Bing Cosby is a Scottish guy with a cool accent and the gruffly look of a dock worker. He’s an interesting character who usually comes down to dinner with his daughter who stops after work almost every day. He’s having a hard time adjusting to not being “home” so she’s made it her mission to help him get to know everyone, assimilate into the culture here. Often times she has her dog with her so he hangs around the lobby, dragging his leash around while she’s busy glad-handing, introducing residents to one another and instigating conversations between us. I call her our Unofficial Ambassador, a title that she likes. One time age came up and she said she was 60 which shocked the pants off me. “I don’t believe it," I said, "you look more like 40!” She’s got a quick wit and replied, “You just said that because you want to be my best friend for life.” She gets her sense of humor from her crusty dad, only he tells bar jokes and likes his cocktails. One time someone asked him what his name was and he said, “It’s none of your business.”

Last night twelve of us were sitting at the farm house table including Bing, T-shirt Tom, Auntie Mame and a new woman I’d never seen before was sitting next to Bing when he was being teased about inviting the woman into his apartment. “Just to hear him sing!” the woman who been to Bing’s apartment defending herself. And someone else---okay, it was me---said, “that’s probably what he tells all the women he lures up there.” It was all good nurtured and only one person---the new woman---was not laughing and teasing the couple.

After we broke up and were saying our ‘goodbyes’ New Woman came up to several of us and announced right out of the gate that she lived with Bing before he moved here. She was like a dog marking territory letting us know he was taken. I’m not sure he or his daughter believes that and if she thinks I’m going to spread that around campus she picked the wrong person. Auntie Mame, the pretend gossip columnist of Lady Land would have been a better choice to spill that pot of beans to. His daughter was not there that night but the impression she gives us is that her dad still misses her deceased mom and that didn’t jive with the impression New Woman gave. Our first campus mystery, oh my! (Oops, second mystery. Who was quarantined for two weeks was the first.)

Bing admitted to me when we were alone once that he cried himself to sleep his first night here. He puts on a brave front when his daughter is here but when she leaves the table for a few minutes he’ll ask questions like, “Do any of you miss your house?” “Does anyone feel at home here?” "Do you regret moving here?"

The daughter tries so hard to pave the way for Bing to make friends and feel comfortable here. Daughters on that slippery slope of dealing with a dad with declining physicals and/or mental health---and I include my nieces in this statement---sure can do some heroic things to help their dads when the role reversal is growing into a living, breathing part of their lives. As I told Bing, “You’re lucky you have such a caring and accomplished daughter" and then I asked, "Do you trust her?" He does. His face glows with affection when he talks about her. So I gave him the same speech I gave my brother about letting go of his fears and grabbing on to that trust, knowing his daughter has his back no matter what happens. He's slowly losing his eye-sight and his daughter wants him to learn his way around here, make friends before that happens. His story is only one version of the same tale about why people move to a place like this. ©