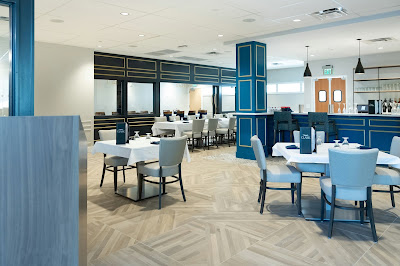 Since I moved into this complex that I’m officially dubbing Lady Land two people have died, two people have been quarantined with Covid, ambulances have shown up twice and two fire alarms went off---both false alarms. The last one sent us all out to the sidewalk in the early morning, most of us still in our sleepwear. Today it could have gone off at noon and I’d have been caught in my ratty bathrobe and L.L. Bean, long flannel nightgown. Old Sunday-not-go-to-meetings habits are hard to break. Another Sunday habit I've fallen back into is doing my laundry and housework then and, yes, I accomplish a lot in that ratty bathrobe. It's how it got ratty in the first place.

Residents here were trying to figure out who was in quarantine because management wasn’t giving out their names or the building they live in which I presume is because of HEPAA laws. People were scared we’d all get quarantined if anyone else gets sick. Masks are mandatory here as of today 11/19 (and again statewide in public places) and if you refuse to get on-site tested---twice now---you can’t eat in the restaurant or cafe’ or go to any of the classes. Staff is tested daily. We had to show our vaccination cards when we made our final payments, too, before moving in. So this campus feels as safer than any other random place in town.

When the news of the quarantine first broke I had a reservation to eat in the restaurant and I was the only one there for a whole hour which is not normal. At least I didn’t have to worry about being asked to sit with someone I didn’t know well enough to identify them in a lineup. Oh, and the secret of who was in quarantine finally got revealed when I happened to be sitting by the fireplace in the lobby when a woman near-by got a bouquet of flowers delivered to her. "What's the occasion?" someone asked, and she replied, "I just got out of quarantine yesterday." She and her husband both. They'd been vaccinated but still got a mild case of Covid from their grandson, got an infusion of some kind and got over it quickly. She's been wearing a full face plastic shield ever since.

If I was into food blogging the Cider Chicken I ordered that night was yummy and perfect for photo-documenting in a slick-paged food magazine. It had a sauce on it made with walnuts, cranberries, cubes of yams and cider that turned the chicken into a golden thing of beauty. The favor profiles the chef comes up with are so refined but he never serves enough veggies with his entrees. Last week I had lamb chops for the first time ever in my life and they came with nine snow peas. Taste wise and presentation wise it was to die-for but I guess I have pedestrian tastes when it comes to serving food, if you’re going to give me a giant white plate I want an old school balance on that plate of meat, potatoes and vegetables. The “sculptures” made with meat or fish on those giant plates are pretty but I’m going to get scurvy, rickets or malnutrition if I don’t start eating carrots and peas for breakfast.

Of course, I could order more of the homemade soups in the cafe` or their salads but salads have no appeal to me in cold weather months (nor do soups in the summer). I plan on ordering the soup twice a week to stay within my food allowance. I’ve got it all figured out: Once a month I’ll do the Sunday brunch for $20 and once a week I’ll do the fine dinning restaurant for $12 to $15 a meal, twice a week I’ll do an under $5 choice in the cafe` and the rest of my cafe` meals will be $7. I’d hate to see how far some of my fellow residents are going over they $200 allowances, who eat in the restaurant every time they’re open plus they have wine or cocktails every night and dessert---even in the cafe`. Desserts are the biggest bargain here at $2.50. Award winning recipes, I’m sure, but I can’t stand seeing the bird-like eaters only eating half of their key-lime pie or other featured dessert and not taking the rest back to their apartments in a take-out box. Ya, I know, that’s why they’re skinning and I’m not. But at least I don’t have to live with the guilt of all those kids starving to death in China because I didn’t clean my plate.

At the top is a photo nabbed off our campus website of our restaurant. Way to the back and behind the glass and navy paneled wall is an area we can reserve for family parties and that's where they set up the Sunday and holiday brunches. To the far right in the back is the bar. This place and the cafe` share a kitchen and the entrances are only ten feet a part in the complex which is how some people get wine or cocktails from the bar, then bring them over to cafe` to go with their cheaper meals. I haven't done that yet. I'm saving my first drinks-with-dinner experience for something special.

It's been a lot of years since I've had a designated driver so I could do a drink with dinner out. Here, I can just walk home. I'm making friends with the night security guard so I could---in theory---ask him to watch me walk from the main building to my building to make sure I don't face-plant on the sidewalk and died of exposure. Or I could just tag along behind him when he does one of this every few hours walk around the outside of the buildings because he walks right past my door on his rounds.

He's a college kid with cornrows in his hair, studying for a law degree. And I can't help thinking he'd make a great cover model on a romance book. In addition to being great eye candy, he's got that look in his eye like he enjoys people and connects on a deeper level when you let him in. If I was writing a book right now I'd have him meet my fictional granddaughter for a torrid affair that ends with a small wedding down at the lake with swans in the background and me as the maid-of-honor for bringing them together. Why do we have to get old and run out of time to do all the things we can dream up? Maybe next year if I'm still alive and kicking I'll take part in the NaNoWritMo challenge again where you write 50,000 words of a novel in 30 days. I've done it a couple of times and while I didn't make it to 50,000 words I came close once---over 40,000---and it was fun to hang around their message board during those Novembers. In the meantime I could do research on my lovely, fantasy granddaughter and a very real, super-nice security guard. ©