Painting Class, the Art Show and Coming Back from Heaven 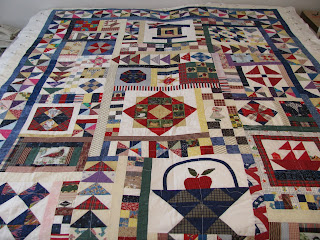 Painting class is going to be more challenging that I thought but not in the way you might be imagining. On one hand just hearing the instructor talk about what the different brushes are used for got me excited about painting again but on the other hand, when she started telling us precisely how she wanted us to fold pieces of paper towel to wipe our brushes on I started getting the idea she’s going to teach in micro-controlling steps. “When I tell you to clean your brushes,” before changing colors, “this is how I want you to do it,” she said while blotting a brush with the folded paper towel in her hand. Okay, brushes are expensive so I get her point here. I must not beat the crap out of my brushes anymore while trying to clean them. No hard surface should ever touch the bristles in my brushes.

She’s been teaching classes since the ‘70s and when I asked where she taught---because I thought maybe I’d taken one of her classes---it came out that I "painted some back then" and that I've been away from art for a long time. She asked what style I painted in and I replied that I want to develop a new style from what I used years ago similar to the Impressionists, using short dabbing strokes and with less detail than in my past. “You won’t learn that in my class. I will teach you the proper way to make a paint stroke.” Maybe my memory is faulty---it's been 35 years ago since I've taken a serious art course---but I don’t recall an instructor ever saying one type of brush stroke is better or more “proper” than any other. Georges Seurat with his pointillism style would have been sent to the principal’s office for not staying within the lines, so to speak, in this class.

Okay, I do get it. Again. She wants us all working on the same thing at the same time and we’ll start with the sky during the next class and working our way down from top to bottom. In my college classes we were taught to kind of paint all over the canvas, balancing out the values before getting down to refining the details in any one area and this class is more like advanced paint-by-number. I'm totally okay with that. I need to start some place on the long road back into getting obsessed again with painting.

She had us trace a drawing of a barn on a canvas and mine was too dark, she said. “You’ll have to erase your lines because you won’t be able to cover them with paint.” I didn’t think they were dark at all but then I'd just had eye surgery the day before so what did I know. I figured if we were using watercolors she would have had a valid point but we’re using oils. “I’ll just use thicker paint,” I said without thinking that I was being a cantankerous student who I wouldn't want to be teaching. "That won’t work," she replied. Vincent van Gogh and Jackson Pollock are lucky they were not students of this feisty, elf--- the top of her head lines up with my boobs. They may never have learned to use an impasto technique, laying on thick paint with a palette knife. I really can’t complain, though. The series of classes is only cost $15 with all supplies included and I’m learning (or relearning) useful things about our paints, brushes and canvases. The first three hour class was just an introduction to the supplies and her doing a demonstration. I needed that review.

But I will be challenged not only by her teaching method and my rusty skills but also by my classmates several who talked extensively about going to heaven and coming back and how everything will be revealed at death and there is nothing to fear. I once had an out-of-body experience when I was being rushed to the hospital with a high fever but all I saw while looking down on myself were snakes crawling everywhere. No white light for me to follow. Ohmygod, I really am going to hell, aren’t I! I did not share my experience with the class. I know when to keep my mouth shut.

We've had an art and crafts show on campus already---not from this class. It was organized by the girl in charge of the Enrichment Programs. She is one busy girl! I wasn't sure I wanted to put either one of the only two finished paintings I still have around in the show because I had no idea where I’d stand on the scale of talent on the campus. (I didn't want to be embarrassed, if I didn't measure up.) My dog Jason's portrait is artsy-fartsy better than an old house in other piece. The portrait was done in a true painter’s fashion while the old house was done more like a Bob Ross formula painting. 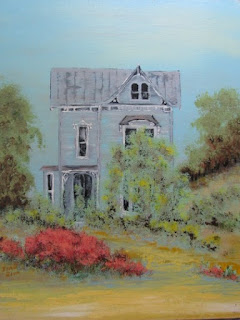 So instead of a painting I entered a quilt that I knew would wow anyone who sees it. (In the photo up above it wasn't married to a backing yet and I'm too lazy to take a new photo.) I ended helping the organizer set up the show because she had some easels that she didn't know how to work, and at the last minute I went back to my apartment, grabbed the house painting and put that in the show as well because it fit an easel still left.

We have a wide range of talented people living here---an accomplished metal sculptor, two wood workers, several knitters, a weaver, a tailor who made a to-die-for artsy-fartsy jacket, two photographers, five painters and four quilters. Even had an x-florist enter floral arrangements. The instructor of my class brought in a large and lovely winter landscape---nicely done, a real crowd pleaser. Oh and in case I might have left the impression that we get along like oil and water, that isn't true. She's got a sense of humor and we "get" each other. © 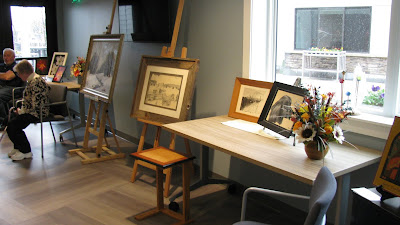 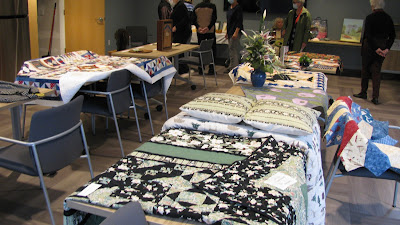