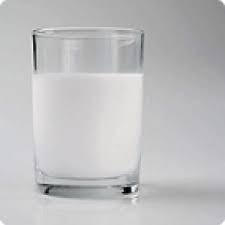 April 5th I had an appointment card in my hand, written by a receptionist at my internist’s office that said my appointment was for 1:00 on Tuesday April 5th. It was 12:30 and I was trying to register on their stupid, self-serve check-in computer which wouldn’t let me past the screen asking if I was a walk-in or if I had an appointment. Finally, the girl whose job it is to check on the five of us trying to register, to see if she can speed things along came over to help. She says the system doesn’t show I have an appointment. Duh, I knew that much already and she asked me to step over to another computer where she verified that I’m not on the books until the next week, the 12th at 3:15.

“I didn’t make that appointment,” I said, “I haven’t made an appointment for anything after 2:00 in over 20 years. “Do you want to cancel it?” “No, I need my yearly physical in April!” Changing it would have delayed it several months to get on the books again. She offered no apology or explanation for how my appointment got screwed up. Even showing her my appointment card didn’t lay a little guilt trip at her door. I was the victim of multi-tasking, I’m sure, but she acted like I was just another old person who showed up on the wrong day. If she cared that I’d have to psych myself back up again to get half naked in front of my doctor, she didn’t show it. And that twig of a girl wouldn’t care if that late afternoon appointment adds extra bloat pounds to stand next to me on the scales. I can only hope that late time slot doesn’t also shave a few IQ points off my brain because this is the hour long physical that includes the infamous set of Medicare questions.

Meanwhile on the home front I woke up one morning, turned on the faucet in the bathroom and got completely drenched down the front of me. It wasn’t long after when I discovered that the water coming out of the tap looked like 2% milk. The rest of the day I worn my Nancy Drew Mystery Solver hat and investigated the situation. Milky water was only coming out my master bath faucets and five of my close neighbors weren’t have any issues with being reminded of Bessie the Guernsey when attempting to brush their teeth or wash their faces.

The following morning I filed a Maintenance Request and asked if they could take care of it sooner rather than later because I’ll be using bottle water in the bathroom until the water runs clear again. Two days later I got an email saying that it was "coming from the city municipal and the power booster" (that the complex added over a month ago to a building I don't live in) and the anonymous person answering the request closed it! I don’t get mad often but that dismissal ticked me off. I knew from a google search that it was probably from air or a broken aerator in the line and was safe to use and far less likely it was c-zone disinfectant the city uses but either way I shouldn’t have been blown off like that. So I marched myself down to the CEO’s office and asked him who I see about a response to a Maintenance Request that I’m not happy with. “You can tell me,” he replied. So I told him my sob story from the start to finish and he promised to call their city contact and their plumber and get back to me.

The next morning the maintenance man I love stopped by to see my milky water, take a photo of my faucets and to try a simple fix that the plumber suggested. But it didn't work, so a new service request got written up and bumped up the ladder for the plumber to get involved. The saga continues...

All things are relative and my problems are minuscule compared what the people in Ukraine are dealing with. I haven’t written about what is going on over there because, like everyone else, I’m frustrated and angry that something like this is even happening right before our eyes. I don’t even want to call it a war because it’s actually an invasion with the occupied country forced to fight back and its going to rival the Holocaust if something isn’t done soon to stop Putin.

But what can any of us do personally while sitting in our well-cocooned and privileged lives other than what I’ve done already which is to wring my hands and make donations to humanitarian groups working over there: The International Red Cross, The International Humane Society, The World Kitchen and Doctors Without Borders?

I see the worry here at the CCC whenever the topic comes up which isn't often because someone always shuts it down as being too "depressing." "Can't even watch the news!" is a common refrain. Ya, I get that. I'm good at avoidance too. Then the avoidance makes me feel guilty wondering if this is the way those who sat by watching the Holocaust unfold felt at the beginning. At times like that I ask myself again and again, when is empathy not enough before we invite WWIII to our own doorsteps? Do we only care about the inhumanity and atrocities others commit when they come for us?

On the other hand, is it more humane to sacrifice Ukraine like a virgin thrown into the eye of a volcano to save the world from Putin starting a Nuclear Winter that will kill the entire planet? He's already sent unprotected Russian soldiers into the radioactive dust in Chernobyl's Red Forest only to get sick and track it farther outside of the hot zone. Why? Why do any of the old men with power want more of it when they could retire and live happily after on a tropical island? He doesn't care about his own people, he's unpredictable and has no soul. I would hate to be one of the world leaders right now as they debate and struggle to weigh all the difficult responses to Putin.  ©