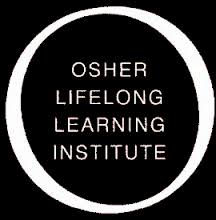 At age seventy-something I just spent the entire day on a Catholic college campus. A ‘Fun with Metaphors’ class filled the morning and a seminar called ‘Vulnerabilities of Aging: Laughter amid the Tears’ took up the afternoon. The latter was taught by a Jewish Rabbi. He’s a well-known inspirational speaker in the area and he could have been a stand-up comedian if he hadn’t taken a detour through his synagogue. Actually, laughter was the theme for the entire day for those of us who were able to ignore the driving rain pounding the landscape. I did feel bad about leaving poor Levi the Schnauzer home alone to protect the house from mortal danger and lightening strikes, but not enough to drop him off at doggie day-care before joining the rush hour crazies. He’s not afraid of storms but I was afraid the other dogs would tell him, “Hey, this is how you’re supposed to act when it's blustering outside” and on the way home I’d have to buy Levi a thunder-shirt.


When I found out storms were coming on my first day of school I scouted out the campus the day before. That way, I wouldn’t have to look for street signs and landmarks in between the windshield wipers clacking back and forth. It was a good thing I did get the lay of the land ahead of time. The small campus is nestled in an old neighborhood of quaint stone walls, iron fences and white picket fences that stand in front of mature coniferous trees that block out the large, stately houses you can only peek at down their driveways. The Metaphors class was held in one of those old, converted mansions and it would be easy to drive right on by it. I also learned there are no fast foods places near-by to grab lunch and I wasn’t sure if I’d need a campus ID to eat on campus, so I packed a Fiber One Meal Bar and a bottle of water just in case.

The Olli program classes like I’m taking can be found across the country, maybe even in your neighborhood. Olli stands for Osher Lifelong Learning Institute. Basically, they are college level classes for people over 50 but without the need to buy books or take tests. Their six semesters comprise thirty-five classes per semester and class lengths vary from two to five mornings or afternoons long plus several short seminars thrown in for good measure. In my metaphors class there were twenty-five people and 175 attended the seminar. Oh, my, should I mention that there were men in these Olli classes? Except for going to retiree’s union meetings sporadically, I tend to forget what guys look like when they come packaged in old people wrinkles. I thought Olli classes would be more like the senior hall events, a place men seem to avoid like the Ebola virus.

In metaphors class there was an interesting mix of people: seven retired teachers, three retired nurses, two people who grew up in Germany but didn’t know each other before class, a couple others who mentioned being widows, lots of world travelers, and one woman I sat with later on at the seminar whose husband went through the same speech therapy program as my husband. We knew each other by sight but had never talked before today. We all laughed a lot in class and threw metaphors around, discussing “dead” metaphors, similes, and figurative vs. literal language. “A metaphor,” the professor said, “is a tool to help us understand something in life. It's a different way of looking at the world."

For our homework assignment we have to use a metaphor to explore something we are struggling with---aging, retiring, that sort of thing. I knew I wanted to write about widowhood and the word ‘vacuum’ popped in my head. From there, my metaphor wrote itself: Widowhood is a vacuum sucking tin soldiers off the floor, swirling them around in a dark void while other tiny souls still in its path of wrath struggle to pull its life-line from the wall. I’m going to like the class but time will tell if I’ll have the guts to read my assignments out loud in front of the others. It’s not required that we do. I’ll wait to hear what others have written before I decide if I want to be critiqued in a room full of would-be writers and poets. ©

NOTE: I'm not as dark and depressed as that metaphor sounds. It was just a writing assignment and I was going with the word image/figurative language of relating widowhood to a vacuum. Originally, I was thinking about widowhood as creating a vacuum in my life that needs filling but the metaphor took me in a different direction.
Posted by Misadventures of Widowhood at 8:59 PM