Do Elderly Widows Think too Much? 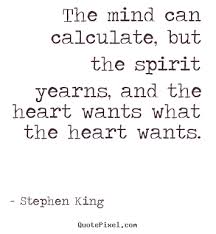 A fellow blogger, Judy over at Onward and Upward, wrote a piece titled Yearning.  She longs to move her mobile home to a place on a farm that’s been in her family for six generations and where she, herself had lived for 21 years of her life. It’s a beautiful dream but it got me to thinking about daydreams and yearnings and if fulfilling these kinds of Thomas Wolf (You Can’t go Home Again) dreams would even make us happy. As I wrote in her comment section, part of longing to move back to a particular place involves moving back to the people and times that made the place so special and that part really isn't possible. The people are gone and we're no longer those young, full-of-life and hope individuals we were when we lived there.  For me, that place is the cottage of my youth, the place where all my best memories of growing up reside. Spending hours on and in the water, walks to the store several miles away for ice cream, building forts in the woods, horseback riding and Saturday night movies in an open field with families lounging on blankets---I had an idyllic childhood where it was easy to tell the bad guys from the good guys by the color of their hats.

Don’t you think most of us have a place like that in our minds, a place we can go that gives us comfort? We let our dreams and yearnings drift back in time to when our days were uncomplicated and not tainted by the realities of life. Though unfortunately in the real world there are some individuals who grew up way too fast and never had that idyllic time in life. I’ve known kids who were sexually and mentally abused who never knew unconditional parental love that so many of us growing up took for granted. One of those kids committed suicide in his twenties, several of his siblings grew up to live the life that was modeled for them. They were saplings twisted in the winds of sickness and that sickness begot more sickness.

Years ago I read something about how people survived the brutalities of prison camps and the one thing that still stands out in my mind today was the claim that people with long, happy childhoods were more resistant when it came to recovering after their imprisonment than those who didn’t. Why? Because while they were imprisoned they knew there was a better life for them somewhere, someday and they had daydreams of happier days to fall back on. They had hope whereas the people who had bad childhoods full of pain and abuse had no default place in their brains where they could get a respite from the harshness of their day-to-day existence.  Ever since then I’ve come to view day-dreaming of places and times past as sort of an adult pacifier. We go in our heads to places that give us peace.  And as I get older I wonder if maybe that’s where Alzheimer’s people go in their heads only they just forget to come back. Ya, I know that’s a simplistic way to look at a terrible disease. Alzheimer’s is about the degeneration of brain cells or neurons, but it gives me comfort to be simplistic when thinking about that boogieman place that scares the heck out of all of us as we age.

Back to Judy and her yearning, I also told her in the comment section that I think sometimes it's better that we don't get the object of yearning because then the dream can remain perfect and continue to be a place of refuge that we can go in our minds when we need the comfort it provides for us. If we truly were able to move back to our ancestral homes so late in life, for example, the reality would come with problems and changes we might not like, then we'd have no place of comfort to think back on when we need it the most. Have you guessed by now that I’m the queen of justifying anything that must be accepted as impractical or out of the question?

Aside from his classic You Can’t go Home Again title that has been quoted thousands of times since Thomas Wolfe wrote the book in 1940, he also penned these words: “This is man, who, if he can remember ten golden moments of joy and happiness out of all his years, ten moments unmarked by care, unseamed by aches or itches, has power to lift himself with his expiring breath and say: 'I have lived upon this earth and known glory!'" Ten golden moments. I’ve never made a list of my ten golden moments but that sounds like a great project. It would give me ten glorious places for my mind to wonder if I’m ever confined to one of those dreaded nursing homes. I could make up ten queue cards for my nieces to use for when they visit---no one ever called me a woman without a plan---and if I appear as if I’m in another world maybe by using the cards they can bring me back long enough for me to tell them I love them or to quote the country song Kathy Mattea made populate about an elderly couple. The woman in the song had lost her memory but late one night just before she passed away her husband came to visit and amazingly she said: "Where've you been? I’ve looked for you forever and a day. Where've you been?”  ©
Posted by Misadventures of Widowhood at 12:52 PM