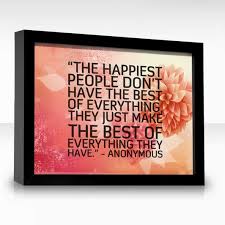 Days before my first Christmas without Don I wrote a post titled Where Have you Gone, Christmas? and it started like this: “In a year of firsts for widows, probably the hardest first is not the same one across the board. Some might say their wedding anniversary; others might say the birthday that can no longer add a number to an age, still others would name Thanksgiving, Christmas or New Year’s Eve. For all widows the holiday season, as a whole, is full of painful reminders of long standing family traditions that can never be the same again. Each holiday song heard in a store, each light on a neighbor’s house, each card in the mail screams, 'He’s gone, he’s gone!' Happiness is all around us and even the friendliest festivities only magnifies our loneliness. We are alone even in a crowd. But in the wake of what happened recently in Newtown, Connecticut, my loneliness at Christmas time pales and it almost makes me ashamed to even be writing about it. But I write when I have things on my mind. I can’t help myself.”

So here I am, two years later knowing that I’d be less dramatic should I be asked to describe widowhood grief at this point in my journey. Christmas cards don’t screaming at me anymore. The neighbor’s holiday lights don’t annoying me. I can sing along with Christmas carols coming from the car radio. And even though I got blindsided with tears at the senior hall Spirit celebration, it’s been a pretty good holiday season so far. But---and this is a BIG but---the Newtown parents of the shooting victims at Sandy Hook Elementary are weighing heavy on my mind once again. Why? I keep wondering how much of a setback in their healing process they’re enduring because of the school shootings in Pakistan last week where 132 kids and ten teachers died in a horrific massacre.

Everything is relative, isn’t it, when talking about the human condition. We all differ in our feelings, with no universal truth or validity to back them up. My mom was good at drilling that concept into me at an early age. “You think you have it bad,” she might have said if I complained about doing a chore, “kids on the other side of world carry water for their families from wells a mile away.” “Eat your carrots! Children in China are starving to death.” As an adult I can say to myself: You think your widow’s grief is bad, try being a parent of a child killed in a mass shooting. Everything IS relative when we allow ourselves to see own circumstances compared to those less fortunate than we are. There are always people who are lower down on the chain of human suffering and I am grateful I am able to see that. Thanks, Mom. Thanks Oprah. Gratitude. Jeez, do all roads lead back to those two? That’s a joke only fans of Motherhood Guilt and Oprah will likely get.

I ended the 2012 post quoted above like this: “And how will I survive my first Christmas alone in the shadow of what happened in Newtown? I will watch Miracle on 34th Street, bake myself some bacon wrapped chicken and be profoundly grateful I got 42 years with my husband. I will also shed a few tears for the parents in Connecticut and everywhere else on earth who will never get to see their precious children grow up.” This year all I’d have to do is change the words ‘bacon wrapped chicken’ to ‘turkey legs’ and I could almost write the same ending word for word for this post. Christmas isn’t for mourning Don (or anyone else like my dad who died on Christmas day). Christmas, for me, is about appreciating how truly lucky I was to have had Don and Dad in my life for so long. I can’t be sad about that. I can’t moan and groan about how snow will likely keep me from going to my family’s Christmas Eve party. Well, I could but it would be a terrible waste of time and energy that could be put to better use. A better use like rekindling the belief that goodness will one day triumph over evil, then we will truly have peace on earth, good will towards men. Amen. Can you tell it’s Sunday morning here at the Church of Jean? ©


NOTE: Most people will recognize the stanza above as part of a Christmas carol named I Hear the Bells on Christmas Morning but how many know the song was originally a poem by Henry Wadsworth Longfellow? Written during the American Civil War, he was inspired to write the poem after his son, who had joined the Union army without his blessing, was wounded in battle and Longfellow’s wife had just died in a fire. One might rightly say that grief created a carol that people have enjoyed in varying forms since 1872 when it was first set to music. If you know the carol you'll know that even in his grief, Longfellow found hope for the future which is why the carol has endured.

An old friend shared this with me. It's truly beautiful.

Posted by Misadventures of Widowhood at 11:52 AM