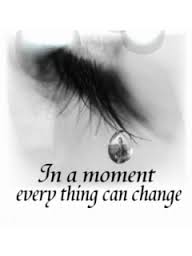 Tuesday when the Senate Select Committee on Intelligence released their 525 page summary of their 6,000 page still classified report on torture, I was glued to the TV. I knew it would be a hot topic on the political site where I go to debate so I wanted to hear all the details firsthand. I was also getting ready to go to a “Spirit Party" at the senior hall and just when it was time to leave John McCain came on and I didn’t want to miss his speech. I thought about skipping the senior hall, then I remembered I could listen to McCain on my satellite car radio, so I hopped in the Malibu and drove to the hall. It was probably the best speech I’ve ever heard from Senator McCain---elegantly worded and heartfelt. He said he’d read all 6,000 pages of the report and he gave his full support to the findings of the committee and the decision to publicly release the summary report. His speech ended two minutes before “Spirit” was to begin which meant when I got inside the building I had no other choice but to sit in the front row.

“Spirit” was supposed to be about Christmas but the choir director in charge of the forty-five 8th graders who came to sing for us only included two or three Christmas songs and the rest were music was from the distance past. I was so close that I could have literally reached out and patted the director’s fancy which made it really embarrassing when I lost control of my emotions on the second song the kids sang:

I turned around in my chair, so I’d be facing my peer group instead of those fresh-faced, innocent looking kids and I couldn’t get my tears in check. I couldn’t get up and leave either, because the choir had the door blocked. The next song up didn’t help. “Don't take your love away from me. Don't you leave my heart in misery. If you go then I'll be blue....”

Unexpected tears haven’t hit me that hard in I can’t remember when---a year, two years? In my first year of widowhood I cried over that same, I’ll be Seeing You song and maybe that’s why it struck me so hard this time? Was I also crying because I’d just spent several hours listening to such a heavy topic on TV and the radio? But I think it went deeper than either one of those things and here’s why I say that: I keep my wedding ring on the base of my computer monitor and I rarely ever wear it anymore. However that morning I slipped it on my finger. It wasn’t a conscious decision but for some reason unknown to me and I must have needed to feel closer to Don. One thing is for sure, if you’re going to cry in public doing so in a room full of mostly widows is a good place to do it. One woman handed me a Kleenex, another patted me on the knee and a third woman whispered comforting words. Afterward, several other women came up to me and asked if I was okay.

As usually happens when you cry like that I was exhausted by the time I got home. I took a nap and woke up in time to see Jon Stewart’s The Daily Show. That reminded me of one of his best quotes: “If you don't stick to your values when they're being tested, they're not values: they're hobbies." And that, I thought, is a great rebuttal to anyone who thinks it was okay for our country to pay two psychiatrists eighty (80) Million dollars to design a program to teach over 100 other guys how to torture prisoners and then oversee the carrying out of so many heinous acts. As a country we are better than that, aren’t we? And don’t the 911 terrorists win if we let their barbaric act turn us into a country that no longer values or respects the rule of law? If, as a country, we don’t own up to our mistakes and vow never to let this kind of thing happen again then we have lost America's soul. The release of the Senate Select Committee's summary report goes a long way towards restoring our moral authority on the world stage. In the opinion of this teary-eyed widow... ©
Posted by Misadventures of Widowhood at 12:20 AM