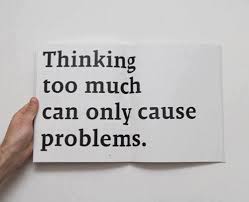 It’s been a while since I’ve made it to a monthly Red Hat Society tea or a walk-about---since the Christmas party to be exact. The roads conditions last winter was the biggest reason but Wednesday that streak was broken by our annual spring thrift shop crawl. I’m not a big fan of shopping with other women---I like to form my own opinions on whether or not something is right for me without the pressure of someone else, perhaps, egging me on. But where ever there is a group of women, shopping seems to be a common denominator to get together, like bowling or golf for guys.

There was a time when I knew the location of every antique store and mall, every flea market, and all the pawn shops, thrift and junk shops in a tri-county area. Don was addicted to them. So image my surprise when the thrift shop crawl took us to a large mall less than two miles from home that I didn’t know had been there for the past three years. It was a collection of booths filled with re-purposed goods, antiques and crafts and I ran into a showcase I sold last year! I know it was the same one because the same chip was in one of the glass shelves. The spooky part was it was filled with the same kinds of gas station memorabilia "smalls" that Don and I had it filled up with. In fact, it wouldn’t surprise me if the guy who now owns it was one of my best customers the year after Don died, when I had a booth in an antique mall. Was it serendipity running into my old showcase? Only time will tell. I left my phone number with the mall owner to ask the showcase owner to call me if he's interested in a wholesale deal on more "smalls."

To keep the trip down Memory Lane going, the restaurant the Red Hatters picked to eat lunch at was decorated in antique gas station memorabilia like Route 66 and other porcelain signs, oil cans, gas globes and pumps from the early 1900s---like what once covered the walls of our three stall garage. There were twelve of us at lunch and the conversation at the long table went on so long after we had finished eating that I was getting antsy to get out of there. Spending a childhood where I wasn’t allowed to leave the dinner table until bedtime if I hadn’t eaten all my food still haunts me after all these years. I was a stubborn kid, I wouldn’t eat anything orange or the liver served once a week. No matter how stimulating the conversation might be, I can’t get past the feeling of being punished if I have to sit at a dinner table too long and I get obsessed with why people aren't cleaning up their plates or getting take-out boxes. Get that food out of my sight, for crying out loud, before I feel compelled to eat your left overs!

I still have one winter project to finish up before moving on to spring things---getting my 2014 blogs enters ready to print in a hard-copy book. The book is just for me. I’ve always been a diary person and turning a blog into a book is just a modern way of doing a diary. Proof reading a year’s worth of posts, though, tends to get me side-tracked into reflecting on past feelings and actions which, of course, is one of the values (or curses) of keeping a diary or blog. I’m finding things that indicate growth in acceptance of a life lived alone and in finding a direction to go that will truly make me happy. I’m not quite there yet but I can see it on the horizon. I still feel the sense of pressure to hurry up and get there and being with the Red Hat Society ladies again drove that feeling even stronger. Three of the ladies have had breast cancer treatments recently and a couple of our members have died since last fall.

Life is short and I waste too much time thinking about the future (and perhaps the past) rather than living in the present. One of my Red Hat sisters is quite the opposite. She's a member of four chapters and a bunch of church groups. She gets up a 4:00 AM, does her house work and is on the go every single day and most evenings. She’s a widow, too, and I wonder sometimes if she isn’t running from the loneliness she feels if she stays home but in the end, does it matter? She says she’s happy when she’s busy. She’s found her way. Me? I like being alone and I like being with other people; it’s finding the right balance between the two that I’m still working on. Or rather it’s finding the right combinations of quality activities to get me out of the house. Otherwise, I might easily take the lazy way out and aspire to be a hermit, a misunderstood dreamer who stays in her bathrobe until noon. Which reminds me of an interview I saw recently of a young movie star. He was asked why he's so often photographed without his shirt on and he said, "Because I hate doing laundry." Ya, me too, I thought while trying to keep a straight face, that's why I don't rush to get dressed in the morning. If you believe that, I've got a bridge for sale.... ©
Posted by Misadventures of Widowhood at 1:00 PM