Lemonade at the Japanese Garden 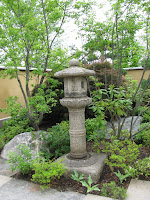 Thursday I got up at the crack of dawn to go to an early appointment at my orthopedic doctor’s office. I’ve been doing daily shots to build up my bones from the inside out and I’m supposed to get a bone density test yearly while I’m on that medication. When I got to the office, the girl at the window said they’d been trying to call me for several days because they had to change my appointment---to June of 2016! “You couldn’t have tried very hard,” I said, “I have an answering machine and caller ID. What number were you calling?” She told me. Right number. Check. Then I asked why they would re-schedule me when I’m supposed to get a bone scan every year, and when I told her that, she said and I quote: “Oh!” So now I have to go back next week and next June both. 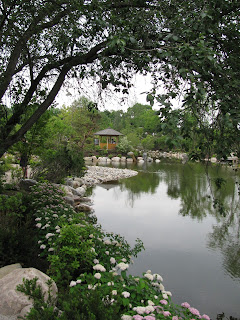 Since I was in the area of the Garden and Sculpture Park I decided to make lemonade out of the basket of lemons the incompetent and/or lying girl at the doctor’s office handed me. The park was having a members-only grand opening to see their new Japanese Garden section of the park. Three years to plan and three years to build, the Japanese Garden covers eight and a half acres, has Zen, moss and Bonsai sections, five bridges (including one very cool zig zag bridge), four waterfalls, three islands, two gazebos and a tea house. I walked the entire three quarters of a mile path that circles the lake, leaving the side paths to explore another day. I completely missed the tea house but I’m sure the line to get seated would have been too long for me to wait anyway. The garden is truly a beautiful place with plenty of sweet scents and brightly colored birds, a tranquil place even with the distant sounds of live Japanese music coming from the amphitheater at the other end of the sculpture park. One of the docents said that for the past two weeks they’ve been hosting large groups of people from the orient along with other donator parties. I’m glad I was able to go today before the garden is open to the general population. It felt good making lemonade out of my bag of lemons, and the perfect ending was the rain held off until I was driving out of the park to go home. ©

Below are some photos I took today. 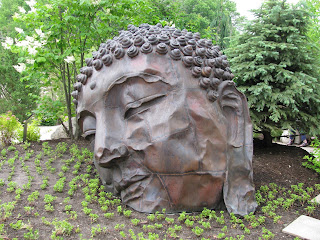 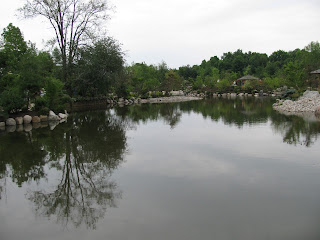 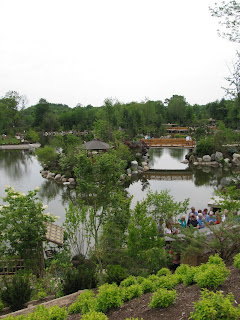 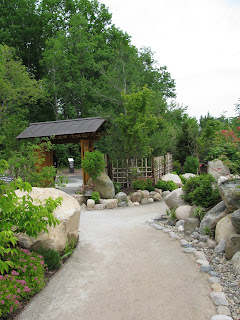 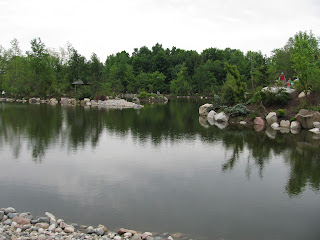 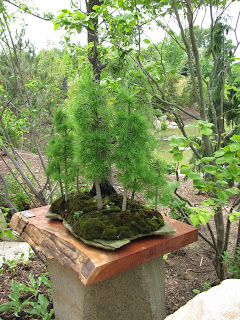 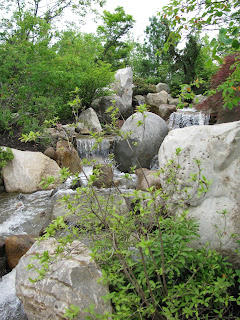 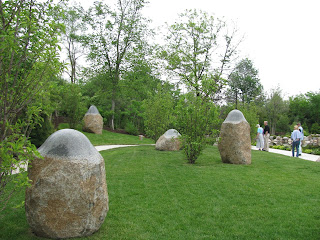 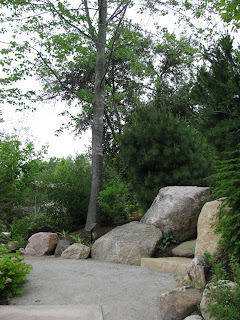 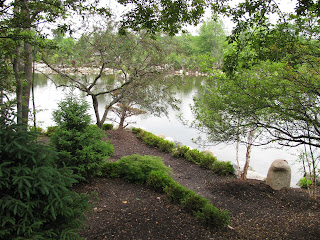 I just realized I didn't take any photos of flowers. And there were beds of iris and many flowering scrubs I don't know the names of.  The sun was reflecting on my camera lens so bad I couldn't really see what I was taking pictures of and then I decided you couldn't take a bad picture there if you tried.
Posted by Misadventures of Widowhood at 3:45 PM