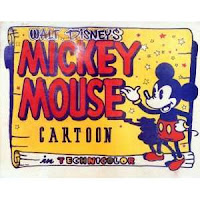 Time is flying by so fast. It’s almost August and there are so many things I haven’t done, yet, this summer. I haven’t even taken the dog to the dog park or walked him on the nature trail. What kind of a dog mother does that make me? Neglectful might apply, although in my defense there's been some serious swarms of bees attacking dogs at the park and I'm allergic to bees. I did buy him one of those interactive brain stimulating treat dispensers but I took it back. Levi couldn't figure it out. He’s smart enough to remember which window to sit by, at what time of the day to see the rabbits go about their daily routine but flipping a series of switches with his nose to get a treat was like rocket science to him.


This summer I also haven’t gotten my windows washed or sat on the deck drawing. Most of my unscheduled time is spent either debating on my favorite political forum, watching reruns of The Big Bang Theory or getting things sorted to haul off to the Salvation Army or the auction house. I’m doing some serious purging in the garage but it’s mentally hard. Yesterday I went through a box labeled, “Sort Later.” It’s been waiting for ‘later’ for 14 years and it turned out to be paperwork that came out of Don’s desk before we moved. I was tempted to just dump it all sight unseen but I’m glad I didn’t. Some of those papers had social security numbers on them of people who worked for him, not something you want blowing around the landfill. I also found a folder of things I had given to Don---greeting cards, letters and a Mickey Mouse poster with these words written in pencil on the back: “To Don, Fifty years from now this poster will be worth a lot more than I paid for it and since I’ve been listening to Bruce Williams, I’m turning on to investing. So, I’ve decided to buy this instead of a regular Valentine’s Day card. I expect to still be in your life 50 years from now to help reap the profits. Love, Jean” Those words were written 35 years ago and they are a perfect example of why this kind of ‘widow’s work’ is hard on your emotions.

I got a call from the-son-I-wish-I-had last night who wanted to use me as a sounding board. He’d given his business card to an 85 year old lady along with an estimate to tear down her garage that was in bad repair. When he left this stranger with the estimate he said, “Call if I can help.” A few months went by and she called him yesterday. She needed help and could he come right over. It seemed she was having a health issue and wanted a ride to the hospital! Turned out she lived in a hoarder’s style house with pathways everywhere. (Her water was shut off six years ago and she’s been carrying water to flush her toilet, etc.) She didn’t have any family or friends and she didn’t want him to call an ambulance. Long story short, he took her to the hospital and now she wants him to help her get her legal, medical and housing affairs in order. She claims to have money in the bank and seemed, to him, to be talking rational as opposed to having dementia. I know one thing for sure, she’s rational enough to pick out a good, honest and caring stranger to ask to help her. Can you imagine having that problem/moral dilemma dropped in your lap? Can you imagine what a dishonest scammer could do to an elderly woman like that? When my friend left the woman at the hospital he asked her if he could give her a hug. She beamed and said, “Yes, I haven’t had one since my husband died eight years ago.”

After that conversation I went back out to the garage to work on my purging but with a pit in my stomach. I do not have a hoarder’s house. I could get two cars in my garage, you could put a couple of bowling lanes in my basement and the inside of my house is clutter-free. But that conversation brought it home how important it is to keep on downsizing before I move to a smaller place. I have another childless friend who is dangerously on the edge of ending up like that woman described above. Since his mother died 4-5 years ago and he moved her stuff into his house “to sort” he’s had a hoarder’s house and his health is failing fast.

Being too attached to material things can become a mental sickness that can also turn into a source of physical illness the longer ‘the stuff’ sits in the way of house cleaning and maintenance. I’m not that attached to material things by any stretch of the imagination, though I do struggle to get rid of things with sentimental value like that poster I found. Widows know what that’s like. Things like that are triggers for the memories we fear will be gone if we give up "the stuff." For others who fear more loss in the future, things become like security blankets—value to sell or use if needed---and for still others, hoarding is a way to fill the empty places in their hearts. It’s scary knowing how easy it would be for any one of us to go off the edge and become a hoarder after someone we love dies. I have firsthand knowledge of three post-widowhood, dangerous hoarding situations and I'm so glad I'm not included in that group. Levi can roll his newly exchanged treat dispenser across the floor to his heart and belly's content. ©

Posted by Misadventures of Widowhood at 6:43 PM