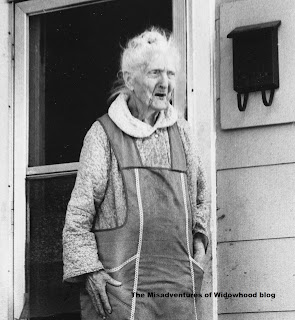 I am staring at a computer cabinet that is messy beyond my normal degree of messiness. And it’s all the plumber’s fault. He came to the house on Friday to: 1) swap out the guts of the toilet because it was taking forever for the bowl to refill after flushing; 2) replace the mixer on my shower so I no longer have to boil myself to get clean; 3) swap out the hoses on my washing machine because it’s better to do that before they leak causing the floor to rot and the machine to end up in the basement; and 4) to fix a leaky kitchen faucet that got completely replaced because a screw was too rusty to turn out to fix the old faucet. He also had to go down the basement to turn off the water and while he was down there I had him test my sump pump. I hate sump pumps. That’s where murderers hide bodies in bad books and movies and I’m afraid I’ll drop my eyeglasses inside when I look down in there. I had no idea until Friday what I was looking for when I do my sump pump checks. But now I know if the white float is under water, then it’s time to dial 911-emergency plumber and get the bugger swapped out before the next big rain storm.

So what does having the plumber literally all over my house have to do with my messy computer cabinet? A lot. He might only be a serviceman, but I don’t get much company and I like having my house look great for anyone who steps through the front door, especially now that I’m old enough to be reported to Social Services if I look like an old woman in need of a keeper. All the desk-type stuff I normally have on my kitchen table got piled inside my computer cabinet were it still remains, and all the normal junk in my shower and on bathroom counter top went inside my bathroom linen closet. I didn’t want the guy to read my bottles and jars and know I’m obsessing about my skin again. Why do I do that? I’ll go for months doing little more than washing my face at night and in my morning showers. Then something will set me off and I’ll be ‘sanding’ my skin, loading it up with masks and potions that promise to make my pores disappear.

My husband had rental property for a time and one of the houses came with a tenant who was 93 years old when she became a problem; the utilities were included in the rent and they got so high they totaled up to more than she was paying in rent. (She probably kept her thermostat the same as her age.) Every month when Don would go down to collect the rent he’d vow he was going to raise her rent to the breakeven point. And every month he’d come home saying he couldn’t do it. She worshipped the ground he walked on and who wouldn’t when you have a landlord who’d pick up prescriptions or a few groceries whenever he stopped? She always had a little ‘errands list’ for him and she was so appreciative to the point that he couldn’t bring up the rent increase.

Finally, he called her daughter and told the woman he was going to evict her mother if she (the daughter) didn’t take over one of the utilities bills. “She’s your mother, not mine! I shouldn’t have to supplement her living expenses.” The daughter was quite wealthy and did nothing to help out her mother but she caved into Don’s toothless threat and the gas bill was switched over to her account. He wouldn’t have evicted his “good luck charm” as he called her but he often said, “How much longer can she live?” And who would take her mangy dog if he did evict her? He'd already taken in his mom's nasty tempered cat when she went in a nursing home, he didn't need to make any more promises like that. When Mrs, Anderson finally died a few years short of 100, we had to gut all the flooring down to the floor joists in one room to get rid of the dog’s ‘bathroom’ and we repainted all the walls four times to get rid of the odor of her cigarette smoking. You could practically get lung cancer just opening the front door.

Mrs. Anderson is the reason why I half-joke, half-fear someone calling Social Services on me in the future should I become a danger to myself; we were in a position where we debated which was the kinder thing to do----report her to Social Services so she’d be forced into a nursing home or her daughter’s fancy digs or let her live out her life in a house where she’d been a tenant for the better part of her life. We made the right choice but only because Mrs. Anderson died of natural causes. We always worried that she’d fall asleep with a cigarette in her hand, die in a nasty fire and we’d end up regretting not making that call. And talking to her daughter about the situation was like talking to a yard ornament. Yup, Don’s lucky charm is why I hide my kitchen table clutter in my computer cabinet when the plumber and other service people come calling. You can never be too careful around young people because you can’t tell which ones could be on a mission to save old people from themselves. ©
Posted by Misadventures of Widowhood at 12:30 AM