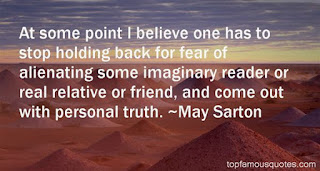 I had to resort to looking at writing prompts to come up with a topic today. That won’t be true come Saturday, having several fun things on my day planner to report on by then. But today I’m still in a dry spell. So what writing prompt did I pick from the list of 365? I went with the one listed for July 9th…the day I’m actually writing this post which is: “Keep out! Who is the one person you hope isn’t reading your blog and why?” If you want to challenge the writer within---and I do---you can’t pick and choose the prompts that come easy for you.

I was, however, tempted to pick July 16th which was: “Dream home. You win a contest to build your dream home. Draft the plans.” I drew my first set of house plans when I was 13 or 14 and I haven’t stopped designing houses in my head and often on paper ever since. Dead center of my first house was a three stories high, round foyer containing a spiral staircase with a glass dome overhead. Two wings went off the foyer---one the formal living room and a library, and the other for the kitchen and dining room. Upstairs were four bedrooms and a massive landing overlooking the foyer. Kids. What do they know about anything? When I ran across those plans as an adult, the house looked like a brick prison with its flat roof and with all the windows at the back. Over the years my house planning aspirations have changed. The last set of plans I drew up since becoming a widow was a one bedroom house the size of a two car garage. But both my first and last imagery houses were built on Lake Michigan.

“Who is the one person you hope isn’t reading your blog and why?” It wasn’t my husband when he was alive and I was blogging on a stroke support site. I was writing about my experiences as his caregiver and I'd often read what I wrote to him as a way of communicating. And I have Oprah’s back-then fad of writing a gratitude journal to thank for finding humor in my upside down world. After Don’s stroke I was under enormous stress. He had lost his ability to walk, the use of his right arm and his speech. It took six months of speech therapy just to learn to say ‘yes’ and ‘no’ and they weren’t reliable even at that, so having “conversations” literally took hours where I had to debate both sides of what we needed to do to move forward. He thought he was going to get his old life back and I knew that was impossible.

The other person in world who I really want to read my blog is oldest my niece and she often does. It keeps me striving to be fair, honest and without embellishments when I write about my family. I love her like a daughter and wouldn't most people want their daughters to understand where you’ve been and where you’re at in life? (Patience, I am getting to the list of those who I don’t want to read my blog.)

Only a few others have had a personal invitation to read my blog: 1) a friend I've had since I was five; 2) a friend I met through my husband 48 years ago; 3) one of my Red Hat Sisters and 4) one of my Gathering Girls pals. The two old friends are...well, everything you'd want in an old friend (except they both live out of state) and like my niece, the thought that they might see what I've written keeps me striving to be as accurate as possible when I share memories here. The Red Hatter is a writer of immense talent and she understands that you have to dive deep into your head to write memoir and journal-type stuff---spilling the good, bad and the ugly along the way. She's only read my blog a few times out of curiosity. My Gathering Girls friend may be reading more frequently but she’s a genuinely nice person who’d never intentionally hurt anyone by repeating something negative I might have written. Trust. The bottom line is I trust all these ladies not to use what they read here as gossip fodder.

As you can see, I don't make a habit out of inviting people in my offline life to read my blog although I make no secret of it. A link to my blog is even in my bio on Facebook but to the best of my knowledge only one person has actually found it buried in the fine print and have been here to read---Tim, the son-I-wish-I-had. Tim and I are extreme opposites in our politics and Pro-life/Pro-choice support. He’s very religious and I call myself an agnostic but we’ve had many respectful, in-depth conversations so I know he wasn’t and won’t be shocked or offended by anything he reads here. I can’t say that about most of the people I come in contact with in this very conservative county in West Michigan and I have not been willing to take that chance. Until the past few years, I’ve gone above and beyond to hide my opinions on controversial topics and core values. I'm still very careful. Why? Out of fear of being ostracized. If someone in the blog community doesn't like you based on your world views, they'll just move on and you’d never know about it. In person, it's more complicated.... ©

Posted by Misadventures of Widowhood at 12:01 AM