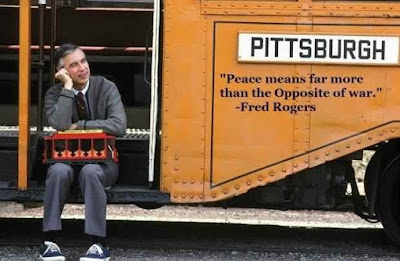 After sleeping a grand total of 3 hours and 4 minutes according to my Fitbit I got woke up by the dog having a hissy-fit while attacking the narrow glass panel that runs next to my front door. It was 5:30 in the morning with just enough hazy pre-dawn light coming in that he could see something out there. I know his that-dog-is-in-my-territory bark. This wasn’t it. I know how he enthusiastically greets expected guests and solicitors. This wasn’t it. This, as it turned out, is how he greets juvenile raccoons who do spread eagles on the window pane and act like Levi is the most interesting schnauzer they’ve ever seen. But let me tell you, before I found out what that dog was going pitbull-postal about, I was a tad worried someone was trying to break in.

I grabbed my emergency dialer off its charging cradle on my nightstand and cautiously approached the front door. A short press of the dialer button brings an emergency operator, a long hold calls the police. Or is it the other way around? I couldn’t remember but I approached the door window with my finger paused over the button. With Levi’s barking and a large human figure trying to hold him back, that curious raccoon wasn’t the least bit intimidated. Her small face was adorably sweet looking up at me and I got a wonderful view of her paws on the window pane. Even taping the glass didn’t scare her off. I’ve lived here for almost two decades and I’ve never seen a raccoon, not even road kill. But a couple of blocks away they’re cutting down a lot of trees to put a brand new street through wooded acreage, so I suppose I’ll start seeing more critters looking to relocate. I just hope little Miss. Raccoon doesn’t make a habit of visiting Levi in the night.

It was Monday morning and there was no way I was going to fall back to sleep after that “wakeup call” so I put the coffee pot on and started my morning routine which doesn’t usually include watching the sun come up. If I had an ocean or lake view I would have been impressed but through the white pines all I got was an hour when I had to pull my venetian blind back down because the glare on my computer screen made it impossible to read. Sipping coffee with Italian sweet creamer I surveyed the week ahead on my day planner: Later that morning I had a brunch date with the Gathering Girls lined up and Tuesday it was an ice cream social at the senior hall. Wednesday a breakfast garden party with the Red Hat Society was on the agenda and Thursday I’ll be taking the dog in for his annual teeth cleaning before the crack of dawn. And Friday I’ll be up early again, waiting for the plumber who will probably show up closer to 9:00 than 8:00 of his arrival window.

It frustrates me to no end that I have weeks like this where all the fun (and not so fun) stuff is bunched together and other weeks where I sit at home with only the dog and the wildlife to talk to. Even the vet and plumbing appointments weren’t as flexible as you might think. Unless it’s an emergency, the plumbing company only schedules calls to my neighborhood on certain days and I get a $100 discount at the doggie dentist, by getting Levi in within a certain time frame. I call this my Goldilocks Effect: One bowl/week of the month is always too cold, one bowl/week is too hot and one bowl/week of the month is just right. And while I’m bitching about something, who on earth decided to make socks right and left foot specific? I bought them, saw the L and R but didn’t believe they were made differently. They are and they do feel weird if you put them on the wrong foot. Now I’m trying to remember if the seven pair panties sets we had as kids with the names of the days embroidered on them, felt differently if we wore Sunday’s undies on Saturday.  But I digress.

Have you seen the movie/documentary Won't you be my Neighbor? that's been on PBS and in select theaters? I haven't but from what I hear about it, I wish with all my heart that we could kidnap Mr. Trump, tie him down to a chair, gag him and make him watch all the episodes of Mister Rogers’ Neighborhood, the 1960s TV series produced for kids. Learning about kindness and empathy are obviously things he missed in his early childhood development. According to the New York Times movie review, Fred Rogers tried to teach children “how to navigate ‘some of the more difficult modulations’ in everyday life — might now be classified as emotional literacy. He acknowledged that anger, fear and other kinds of hurt are part of the human repertoire and that children need to learn to speak honestly about those feelings, and to trust the people they share them with.” Fred Rogers was a seminary graduate, a trained composer and contrary to what alt-right forum posters are claiming about him “ruining society with all that ‘touchy, feely’ crap” Mr. Rogers was the kind of person I would have liked for a neighbor. I could have called him early in the morning and he would have understood why that raccoon episode scared the crap out of me. ©

"Most of us, I believe, admire strength. It's something we tend to respect in others, desire for ourselves, and wish for our children. Sometimes, though, I wonder if we confuse strength and other words--like aggression and even violence. Real strength is neither male nor female; but is, quite simply, one of the finest characteristics that any human being can possess."
From The World According to Mister Rogers (Kindle Location 161).