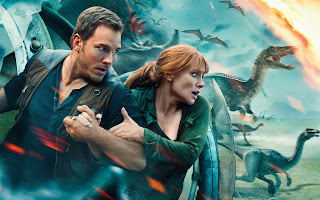 I’ve been to many places this week where old people conjugate and let me tell you I was a little shocked at how---well, how old we all looked! At the senior hall ice cream social a field of white hair was all I saw when I first walked into the place. Then my artist eyes zeroed in on wrinkled and saggy skin and plump bodies with lumps, bumps and skin tags not to mention knobby knees and puffed up feet in sensible shoes. Of those who weren’t overweight or out of shape there were a few ladies who looked like death warmed over. And if you look that way here’s a fashion tip: don’t wear those god-awful ‘cold shoulders’ dresses! You have to work out at a gym to look good in those. One women who last year at this same event was showing off her new eyelids lift surgery I hardly recognized this year because the skin on her face was like a blow-up plastic doll’s and not in a good way. I don’t know what kind of cosmetic surgery she had this time but it was proof positive you can’t turn back the hands of time. That day and the next at a Red Hat Society garden party they started out by announcing the grave illnesses and impeding deaths of a couple of delightful women. “Send prayers,” they said and I thought, I’ve got to quit hanging around with people my own age! They scare the crap out of me, reminding me that the damn funeral bells could toll for me next!

The garden party was a crack-of-dawn breakfast planned during our recent heat wave but that morning I could have used a sweater. Half the ladies were directed to bring ‘savory’ and half of the group was directed to bring ‘sweet.’ The orange juice was spiked with champagne, the coffee was strong and just the way I like it. There were twelve of us so I was in sweet-tooth heaven with all the cranberry-walnut bread, donuts, date strudel, pecan rolls and baked French toast. I was assigned to bring savory and---surprise, surprise---everyone raved about the mini tarts I made. I’ve been bringing mini tarts to everything that requires a dish to pass since last Christmas and I’m getting pretty good at inventing fillings for them. These were filled with a spinach, artichoke and Parmesan dip that was cut with equal parts of whipped cream cheese and mixed with chopped bacon and dates. I’ll probably make mini tarts again for a summer picnic next month but I’ll have to bring ‘sweet’ to that party so I’ll probably experiment with lemon curd tarts topped with raspberries stuffed with almond paste or blueberries because half the fun of making tarts is testing combinations and eating the rejects.

Somewhere in my busy week I found time to see Jurassic World: Fallen Kingdom which was actually the results of a mistake on my part. A Gathering Girl friend and I had intended to see Won’t you be my Neighbor? in a tourist town near-by, but the listing on the internet I read for an AMC theater was for a showing in a town with the same name in a different state. The ticket seller says it happens from time to time but it was still embarrassing. Jurassic World was the only thing starting soon and tickets in that theater are only $4.50 so we went inside on a spur-of-the-moment decision and had a good time. It had a darker, more sinister storyline and ending than the original Jurassic Park but it was fast paced, scary-as-in-I-screamed-out-loud-a-couple-of-times and the movie had the cutest leading actors who stole my heart with flashes of humor and romance. Chris Pratt was paired with Bryce Dallas Howard (Ron Howard’s daughter, who I didn’t know was in the business. What a beautiful woman.)

Chris got his start in the TV series Parks and Recreation and in the storyline of the film he and Bryce's character used to date and were thrown back together. My favorite lines came when he was asking about who she was dating now. “A lawyer? A Wall Street guy?” he guessed. “Your skin looks great. A dermatologist?” If they could bottle up that flirty, sparkle in his eyes and the tease in his voice I’d buy a fifty gallon drum of that charisma and wallow in memories of being young enough to have flirty eyes and a voice like that aimed in my direction.

By Thursday all the fun stuff was over for the week and I was in caregiver mode taking care of Levi. He’s always been a wimp about getting his annual teeth cleaning and this time he got three teeth pulled as well and he cost me over $1,000! We’ve gone through this seven times now and it doesn’t get any easier. He doesn’t handle pain well and he’s been known to pass out for unknown reasons. Poor baby. And the patch they shave where his IV line got poked in his leg annoys the heck out of him and I think he blames me for the whole ordeal. Hopefully, by the time this post gets published the ‘mighty’ should be back in Levi my _______ Schnauzer. In the meantime I'll be fluffing his pillow and dispensing his meds. ©