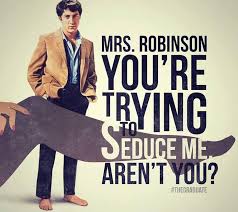 This week has been a ballbuster if I had balls to bust. What a curious word ‘ballbuster’ is and after looking it up I’ve been ‘educated up’ on the fact that I don’t need balls or to be talking to anyone with them to be a ballbuster. The word has been around since the 1940s, a U.S. slang for “a person who is relentlessly aggressive, intimidating, or domineering” according to the Merriam Webster online dictionary and backed up by my yellowed and falling apart paperback dictionary of slangs and euphemisms. That book is an old-timers version of the online urban dictionary and I love it. I just checked at Amazon to see if it’s still in print. Jeez, I can get another used paperback for a mere $59.00! Time to get the Scotch Tape out and do some damage control. Wow, did I get off topic. Where was I and what was I planning to write about?

Oh, ya, it’s been a relentlessly busy week with too many activity, too many days in a row for my old bones. I’m worn out! Monday it was a movie followed by a LONG dessert date that I already wrote about a few days ago. Tuesday was the dog’s beauty spa day when I do a lot of errands while I wait for him to put a $50 dent in my checking account. One errand took me to Lowes. I had to get screws and a piece of wood to replace a handrail on my deck and I found a newbie worker to cut the rail for me. “I do this kind of thing for my grandma all the time,” the young guy told me. He was so new he didn’t even have a tape measure on him and after he searched in vain for something to measure with, I loaned him mine. I’ve been carrying that six foot tape in my purse so long the business it advertises had a four digit phone number. Tuesday I also screwed down some boards on my deck that had become trip hazards. Wednesday I went to recycling and to a Red Hat Society tea followed by a quick stop at the grocery store.

And then came Thursday, the day of my first meeting with my new, monthly book club. The book under discussion was The Readers of Broken Wheel Recommend by Katarina Bivald. In my opinion it’s one of those ‘palate cleaning’ fluffy books best read after a meatier book that taxed your brain. I made the mistake of reading it the first week that I got it and it wasn’t too fresh on my mind by the time book club rolled around, so I was nervous about jumping into the discussion. I wanted to make a good, first impression and you only get one chance to do that.

There was a character in the book who was the town Church Lady who was having an affair with a bi-sexual guy half her age but I wasn’t going to touch that topic in my first discussion with the club because in my old book group that topic probably would have prompted a few comments on the 'evils' of homosexuality. But just between you and me May-December romances are not my cup of tea when it’s the woman who is just a few years off from being a pedophile. Okay, I’m exaggerating a bit. He was in his early 20s and she was in her mid-40s but the affair was still planted firming in the land of yucky-dos as far as I was concerned. Is it sexist to accept the May-December thing if the guy is the older one smooching all over a younger woman, but not the other way around? One of the Readers Guide Questions that comes in the back of the book asks, “Why did they feel the need to hide their affair?” Are you kidding me? Small town, pillar in the church, May-December affair then throw in the bi-sexual element and that's a lot of red meat for any gossip mill. There’s a young guy who is often in the community room when we have our Red Hat Society teas. He’s like a puppy we adopted and we feed him whenever we have snacks. He’s a tall, dark and handsome cutie-pie who flirts with us all for free cake and ice cream but I can’t in a hundred years picture any of us having hot sex with the guy.

Surprise, surprise…when a question came up at book club about which character in the story do you most identify with, five ladies---one after another---said they wish they could have been the woman having an affair with the younger guy. God, we laughed so hard! For once, I was not the most liberal woman in the room and that felt great. One woman over-shared that she hadn’t had sex in 37 years and wasn’t sure she’d know how to do it anymore but others assured her it was like riding a bike and it would come back to her. Even though no one rated the book very high, the discussion was lively, funny, fun and clearly my brand of humor is going to fit right in with this group. Everyone laughed when I said, “If you ever have your grandson drop you off to book club, you’d better keep a close eye on him.”

And now I’m wondering if I should take a second look at the guy that my Red Hat sisters feeds ice cream and cake to. Nah. Not a chance. Nope. Out of the question, no siree! Not for all the tea in China. Not on your life. When pigs fly. Fat chance. You can take it to the bank that I will not become a Mrs. Robinson to Dustin Hoffman’s Benjamin in The Graduate. ©

Post script: Comments always welcome and encouraged but if you don't have the time or desire to leave one please consider checking a 'reaction' square or two directly below.
Posted by Misadventures of Widowhood at 12:30 AM