Wrapping up 2018 with Shock and Awe 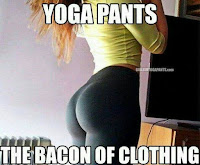 It’s unusual for Michigan to get all the rain we’re getting now instead of snow in December. It’s also unusual for our Broad-Winged Hawks to hang around this long; they should be well on their way to South America by now but today one of these 14” to 19” birds sat not six feet from my window, on my deck railing eyeballing the ground below my seed cake feeder. I think he was looking to make dinner out of the next small bird that came along. Not wanting to watch the carnage that I sensed was coming I decided it was a good time to run errands.

The first stop I needed to make was at Pak-Mail to drop off the pet crate I bought for Levi that turned out to be too big. Amazon sure makes returns easy. I printed the label they generated and by the time I got back home I had an e-mail waiting for me from Amazon saying that $79.99 had been refunded to my credit card, and they only deducted $10 off what I originally paid to cover the return shipping. How the heck do they know I didn’t ship them back a box of rocks or an old, worn out crate? At that point in time all Amazon really knew was I slapped the label they generated onto a box and took it to Pak-Mail. They didn’t even weigh or measure it. I was shocked that a company as big as Amazon still trusts society do the right thing and that made me feel good.

The next stop was at Chow Hound to get some pill pockets for Levi. I’m pretty sure I could get the pills down the dog without the pill pocket/treats but who else do I have to spoil except the dust bunnies and I spoil them by letting them live under my bed. I planned my next stop to be at vet’s office to pick up Levi's prescription but I was so close to the Guy Land Cafeteria that I could hear it calling my name and I wondered why because when I first got there, people-watching was as boring as monitoring a shelf of empty canning jars. But it soon picked up when a young woman in skin-tight, capris length yoga pants and a tee-shirt tied just below her breasts came in, her whole midriff showing---35 degrees outside and no winter jacket. She put a baby on the bench seat of a booth across the aisle from a table of six old guys and she bent over to change the baby’s diaper. I was wondering if I was ever that physically fit and trim and the guys were probably wondering what ever they wonder when a woman’s ass is presented in a place where they couldn’t ignore it if they tried. A sense of awe was on a few of their faces.

It was clear she wasn’t wearing underwear, not even that ‘dental floss’ that passes for thongs and her pants came with a patch pocket on her thigh for a cell phone and she was using the pocket for its intended purpose. Can’t young people do an hour’s yoga class without being connected? If I was being charitable I might concede she could have been using the phone to play a guided meditation app. But at the moment I was being surly and thinking if the phone was set on vibrate, and she got a call, her pants were so tight she’s probably get an unintended thrill. And why that doesn't happen just walking around with her "camel toe" showing in the front is a mystery.

My brother and two of his guy friends have been taking Pilates classes for a couple of years and they got a new instructor who is making them want to quit. The problem? She’s been harassing them to get “proper clothing” for classes; they’ve been wearing loose fitting jogging clothes. He says all the women in class wear yoga pants but until I saw this young woman I didn’t understand why the guys were resisting. The day my older brother starts prancing about in yoga leggings is the day I’ll be able to pay him back for all the teasing I took from him growing up.

After lunch I stopped at a grocery store I’m not fond of but I go there when I don’t need many things because it’s small and easy to get in and out of in a hurry. Michigan is due to change back to winter soon and I wanted to pick up some stuff for New Year’s Eve in case I have to stay put until after 2019 arrives. Ms. Yoga-Butt-in-Our-Faces had me feeling guilty about putting ice cream in my shopping cart so I picked up a tray of mixed veggies and vegetable dip too, knowing it would put a hex on ice cream calories. I haven’t bought ice cream since last summer even though it’s my favorite food group so I didn’t feel too guilty about wanting to ring in the New Year with Ben and Jerry’s. Should I choose to munch on the vegetables instead I know I can count on Levi to beg for the cauliflower and I'll gladly hand it over. My niece gave me a bottle Red Moscato for Christmas and I may use it to toast in the New Year...if I don’t make wine floats out of it first. I’ve never done that before but, heck, what better night of the year to do something wild and crazy. ©