Party Talk and my Not-so-Secret Obsession 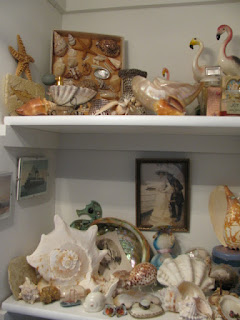 My new book club had their Christmas party at one of the nicest restaurants in the area, a beautiful marble, glass and stainless steel place on a golf course in the high rollers part of town. I was the only person wearing a Christmas sweater. Not true at the other two parties I attended this year where holiday wear was the norm including elf and Santa hats. These ladies “cleaned up nicely” as they say. Professional looking, quality clothing etc., etc., and three of them walked up to me with their hands stuck out to shake as they introduced themselves. I don’t like to shake hands especially during flu season but I did it with grace (I hope) and I was glad a woman across the table from me wasn’t one of the hand shakers. She shared the fact that she’s had “the flu” since visiting her family in Texas over Thanksgiving. She can’t get rid of it even after spending a few days in the hospital and taking a ton of medication. Thanks for sharing.

After writing “these ladies cleaned up nicely” I decided to google the phrase to pinpoint where it came from. The earliest reference I could find was a 1989 Seinfeld clip of Kramer saying it to Jerry when they were both wearing tuxedos, but my search was brief and I could have missed something. I did learn that the phrase appears on a list of eight things you should never say to anyone. Apparently, many people take it as an insult. People used to say it to my husband and we never took offense. He got grubby at work and play and did clean up well going from chimney sweeper dirty to GQ Cool. Language changes over time and thank goodness for that. Otherwise we’d all still be talking like Shakespeare: “What art thou that usurp’st this time of night…” but on the con side of changing language is we have to keep current. Last year a snowflake was just a beautiful ice crystal, this year it's anyone who is easily offended or can't deal with opposing opinions.

I already knew and like half the women in this book club from various activities around the senior hall and this party was an opportunity to get to know the other half. One lady, I learned, I will be avoid commenting on anything she says about current events. When the topic of what people watch or don’t watch on TV came up she announced, “I never watch politics because it’s always changing. ALWAYS!” Say what? What can you watch on TV that isn’t changing, a color pattern late at night in 1955? And when the waitress left the room for the last time the young girl said, “Happy holidays, ladies!” to which the woman who claims she doesn’t watch politics screamed out in a loud booming voice, “It’s Merry Christmas! Christmas is back!” Okay, that was my queue to buy a Starbucks coffee on the way home since they’re so-called foot soldiers in the so-called war on Christmas. I got so buzzed up on coffee last year over the red cup controversy that the car thought it was programmed to go to Starbucks drive-thou on every trip out of the garage.

Another lady said she never watches TV because it makes her mad when a certain person comes on which I assumed was Mr. Trump but it could have been Captain Kangaroo for all I know. The vast major of those around the table of twelve said they hardly ever watch TV or they just watch PBS or classic movies. I kept quiet about the fact that turning on the television is the first thing I do in the morning and turning it off is the last thing I do at night. One woman said she thought people who watch cable news are always angry and the ‘color pattern’ lady agreed. Am I always angry? I must be a good actress if that’s true because I’ve never been accused of being perpetually angry…nor am I a Snowflake. I would never, for example, scream out, “It’s Merry [frigging] Christmas! Christmas is back!” which was an angry, joy-sucking political statement if I ever heard one.

Party talk aside---the political kind, not the be merry kind that dominated most of the luncheon---one of the ladies at the party makes salves and potions out of essential oils and she brought a basket full of products to give away, so I went home with a gift that I love for the tin it came in. I love tiny seed-saver style tins even though I have no garden or seeds to save. I do have some seed savers with glass tops that I use to display special stones or sea shells. Want to hear another confession? When I empty out a pickle or other glass jar that has no printing on the lid, I wash it out and fill it with stones or shells. I know that sounds hoarder-lady like and the photos above and below probably bear witness to the fact that I could be headed in the direction. If you ever see me at the recycling center picking through glass jars please do an intervention. ©


Posted by Misadventures of Widowhood at 12:30 AM