Public Service Announcement from my OB/GYN 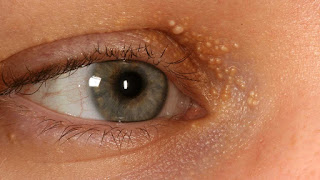 Bloggers will blog about the most personal things going on in their lives and just to prove it I’m going to tell you all about an appointment I had this week for “down there”---my first since I turned 65 when I was told I no longer needed them because I didn’t have any of the risk factors for developing the HIV or HPV viruses. The HIV and HPV cells are what the PAP smear looks for because they can turn cancerous. What was the Litmus Test I passed for stopping the PAP smears besides having a birthday? I’d had three clear Pap tests in the previous ten years, did not have multiple sex partners and I wasn’t exposed to the drug, diethylstilbestrol (DES) back in my past to prevent pregnancy complications. None of that stuff has changed since I turned 65, still it’s been weighing on my mind since my friend started chemo treatments for cervical cancer that I’ve been ignoring something “down there” for a year and a half. Not a common sign of cancer but still in the realm of a possibilities and darn embarrassing to discuss with doctors. Okay, this is going to get graphic soon so consider this to be a PSA to all the ladies out there who ignore things you shouldn't and/or you build them up in your mind to be a worst case scenario.

Women gynecologists are sure different than men gynecologists, aren’t they. This was the first female I’ve ever seen for “down there.” Instead of having me wait with my feet in the stirrups, barely covered with a paper gown, ready for a doctor to come in and stick his nose “down there” this female doctor’s nurse had me wait sitting on the end of the exam table in a clothe gown big enough for two of me. When the doctor came in she asked about my sexual history since my last PAP smear, careful to point out that many viral infections such as human papillomavirus (HPV) which are known to cause cervical cancer can be transferred by lips and trading sex toys as well as through coitus. When I heard the word 'coitus' I thought of Sheldon on the Big Band Theory but I never thought I'd hear it used in real life. "Nope, no worries there," I told her. She explained that the results of my PAP smear and a biopsy on something I was guessing were genital warts would be back in two days and she outlined the next steps if they came back positive, negative or one of each. Genital warts can be cancerous, but I was more concerned that getting them removed would be #1 on my list of ‘The Most Embarrassing Things I Did This Summer.’

Oh, she also said if you get those viruses after 65 that they take so long to turn into cancerous cells that a woman would be died of other causes first. In other words---and the following words are mine, not hers---the medical community is willing to let older women die of cervical cancer in her 80s because we have to die from something and those PAP smear tests aren't cost effective for our insurance carriers if we acquire those viruses after 65.

Back to the stirrups... Within seconds of her having me lay back and bare myself “down there” she says, “You don’t have cancer. You don’t have genital warts. You have Cervical Milia. Benign, perfectly harmless stuff that only matters if you’re making your living as a porn star.” I couldn’t see “down there” but over the past year that didn’t stop me from consulting Dr. Google for images. At one point I thought about putting a new meaning to the term 'taking a selfie' so I could see what I could feel. I quickly nixed that idea for fear I’d accidentally send it out in mass to everyone in my address book. When I told the doctor that she said she’s had patients request she take a photo with their phones and she’ll do it with the stipulation that she can personally deleted it after the patient looks at it. I didn’t take the phone photo option so she pulled up some photos on her computer of Eyelid Milia. Apparently you can get them all over your body. They are cyst-like brown or white bumps---often found in clusters---caused when keratin or skin flakes becomes trapped under the skin. They won’t go away and if you go through the trouble, expense and pain of having them removed, they will probably come back.

The doctor didn’t even do the PAP smear because she said it wasn’t necessary, said she’s seen thousands of Cervical Milias and hundreds of Vulva Melanomas---say, what?!---and genital warts and I don't have the latter two. I couldn’t believe it. After fearing that appointment for nearly two months---a year, really---I was walking out without the damn PAP smear? She said if I had the Milia on my face I could start a regiment of micro-exfoliating scrubs to prevent more of them, but where they are located “down there” the only preventative thing I can do is to make sure my underwear isn’t too tight. (Could that be why some ladies like granny panties?) Wearing a pad 24/7 can also contribute to their formation. She could send me to a dermatologist, she said, who specializes in crud “down there” but I passed on that idea because I'm not a porn star who needs to look good "down there" and other than an undertaker and maybe a few people in the medical community before I go in the back door of a funeral parlor, no one is going to be looking “down there” again.

But now I have another problem: what to title this post so that it doesn’t attract perverts and online escort services. That happens when you put certain words in the title line and first paragraph. I learned that lesson in reverse a long time ago when I took a mini course on how to get your internet content indexed higher in the search engines.

Did you learn anything new from my PSA or did I embarrass myself for nothing?   ©
Posted by Misadventures of Widowhood at 12:30 AM