Money Pit May Continues and my POMS Movie Review 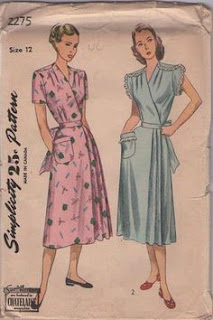 I’ve already written about Money Pit May when I blogged about the checks I wrote for the veterinarian ($452.42) and a half season of grass cutting ($365.00) and to that I can now add $600.00 to have a tree cut down and a dozen trash saplings removed and the roots ground up. The city also inspected my irrigation system and decided my overflow value wasn’t high enough---it took them 18 years of inspections to decide that?---and the replacement will happen later this week to the tune of $250.00 or face hefty fines. It’s a good thing Money Pit May comes on the heels of April Refund Month.

All that was in addition to the normal cost of keeping up a house, car, the dog and myself. And did I mention that I went a little wonky buying stuff when the president put tariffs on goods made in China, knowing the prices are going up 25% sooner rather than later? I can’t live without socks and underwear that fit right and won't give me pressure hives, and the kind I like are hard enough to find without two governments having a pissing contest. If I still wore nylon stockings I’d probably be stockpiling them as well. During the Korean War my mom started hoarding nylon stockings because of the silk stockings shortage she went through during WWII. I still have an unopened pair of nylons tucked away in my sock drawer. They don’t take up much room and the memories they invoke are bittersweet.

I also bought an extra solar powered phone charger because all electronics---especially battery related---are going up too. I don’t shop Walmart but they’ve already announced their tariff-driven price increases. I blame my mom for my scared-of-the-trade-war purchases because for decades after WWII she was still making me take zippers and buttons off clothing that were destine for the rag bag. She made a lot of our clothing during the war but finding ways to fastened them was tough, thus the wrap front dresses that were popular for home sewers like her. She even made herself and me two piece bathing suits with a tie front tops. The whole point of this and the previous paragraph is point out that the concept of impeding shortages due to embargoes or other things beyond my control is ingrained deep in my personality.

Speaking of shortages, fun has been is short supply this past month but I tried to put an end to that this week with mixed results. I had plans to go to lunch and to see the movie ‘Poms’ with my Gathering Girls pals. But for the first time in the two plus years since we started going out twice a month all but two of us was absent. One friend was out of town, another was having oral surgery, three were sick and another couldn’t make the time. And so it starts, the beginning of the end to happy little group. The other woman who was left---who I had lunch with before seeing the movie---was new to our group two weeks ago so we were practically strangers. I thought lunch would be awkward but we managed to keep a good conversation going as we compared life experiences. She’s a widow two years out and is at the point where she’s recently sold her house, moved to a condo and it trying to pull her new life together. In widow circles, this stage is often said to be harder than the first year. Everything that needs doing when a spouse dies is done, the raw grief is gone and you have the rest of your life ahead of you to reinvent.

The ‘POMS’ movie was based on a true story and the synopsis for the film at Rotten Tomatoes reads, “POMS is an uplifting comedy about Martha (played by Diane Keaton), a woman who moves into a retirement community and starts a cheerleading squad with her fellow residents, Sheryl (Jacki Weaver), Olive (Pam Grier) and Alice (Rhea Perlman), proving that it's never too late to follow your dreams.” They gave the film a two-star rating but they’re notoriously low on ratings of any film that features mostly senior actors. I didn’t expect more than a few laughs from the movie and a kick-in-the butt reminder to make the most of my time and energy so I was not disappointed nor was my "movie mate." The most memorable line: “Look death in the face and tell it to go to hell!”

The New York Times reviewer was less kind than Rotten Tomatoes when she wrote: “The combined ages of the cheerleaders in “POMS” is well over 500 years, but the movie’s jokes feel even older. An uncomfortable blend of sickness and silliness, this dancing-past-the-graveyard comedy suggests that the many travails of aging can be endured if you only gather enough friends and surrender enough dignity.” Really? Young people can hang out with friends and act less than dignified and that’s okay, but it’s not ‘age appropriate’ if you're in your 70s or 80s? I wanted to know how old that (snobby) reviewer was and I found out she’s 67 which explains a lot---she’s afraid of getting old. Well join the club, lady! The alternative sucks so you might as well gather up your friends and be silly while you still have them. ©