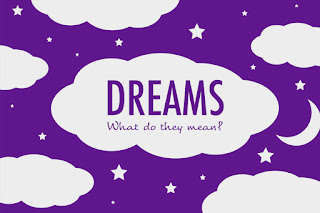 My dreams all have common themes, at least the ones that wake me up do. The most common one is of me searching for a bathroom and finding them in different states of grossness or the doors will be locked or don't have door knobs. In my dreams I’ll be in a near state of panic until I find a place to pee. Then I’ll wake up and scramble off to the bathroom. Just in time. It’s not hard to figure out why my unconscious self is inventing variations of this dream but last night there was a new twist that has me trying to play detective inside my head to figure out why I dreamed I had a bag of apples with me on my search for bathroom, one with a clean surface where I could put my bag of apples while I did my business. I don’t like apples, I’ll buy a small bag in the fall for emergency eating but they are usually still in the crisper in the spring when I’ll make them into apple sauce. Does the bag of apples symbolize something besides a backup plan for eating if I get snowed in? Maybe they're some burden or barnacle my daytime life has taken on?

Another common dream that’s been waking me up almost every night since I started downsizing is of my husband and I’m trying to find him but I can't. Sometimes I dream he left me for another woman and I blame my sister-in-law for that twist in the “lost dream” because a couple of weeks after he passed she told me Don was in heaven surrounded by women. “Thanks, I don't need that image in my head!" I told her and she said, “Don’t you want him to be happy?” and I replied/shouted, “Not that happy!” No matter why I can’t find him in my dreams I’ll wake up with a sense of loneliness that once in a while comes with tears. Like last night. After he died I had a lot of these “lost dreams” then they stretched farther and farther apart. Now they are back in full force. I’m guessing it’s because my daytime activities of downsizing are churning up so many memories.

The most recent downsizing sale is for a custom-made ring Don and I had made after his stroke that incorporated a 35 year service award pin he got from work. It cost a small fortunate for the workmanship but the gold value is pennies on the dollar. That didn’t matter as much as finding someone who collects Chevy memorabilia so it wouldn't get sold for scrap gold. Getting the ring made was my idea, a trade-off for Don agreeing to let me to sell off two vintage gas pumps. He loved those pumps but he loved that ring more. He’d show it to everyone he’d meet and would say one of the few words in his post-stroke vocabulary. “Two!” he’d say proudly. Of course that would confuse the person looking at the ring and I’d have to step in and explain that we sold two antique gas pumps to pay for the ring. I hated him showing that ring to every Tom, Dick and Harry that came along. I was always afraid one of those Toms, Dicks or Harrys would rob us of that ring. How easy that would have been to rob, an old man in a wheelchair and old women who can’t run past her own shadow. One of the guys who looked at the ring knew Don from work and he had such good stories to tell and once again I was reminded of how much of my own history ties in with his.

Minimalists fascinate me. Living with less is an easy goal when you’re just starting out and don’t have much to begin with but trying to downsize to be a minimalist after a lifetime of accumulating is a different can of worms. Stuff is no longer stuff, stuff come attached with memories. Stuff comes with guilt for having so much or spending so much or not wanting to get rid of it because you’ve become sentimentally attached when you shouldn’t. Stuff is just stuff. Well, at least that’s what I keep telling myself. Some days that's easier to say than others.

Books are one of hardest things for me to let go of. I loved having an entire room lined with bookshelves. Yesterday I packed up another load of roughly 100 books to drop off at the library for one of their sales. Some of the vintage books would sell on e-Bay for $50-$70 but out of all those books I packed in my car I couldn’t let go of two small 1880’s books, one on raising chickens and the other on trapping furbearers. I set them aside to list on e-Bay and I’ll be lucky to get $20 each for them. Why those two books out of all the others got the royal treatment, I can’t say. They probably have some lost memory attached about the day I found them at a flea market or garage sale or estate sale. When a librarian was helping unload my treasures she said they have a person who goes through all the donations looking for collectable books that they’ll sell on e-Bay which took the sting out of donating them. Knowing they won’t get destroyed for a cute, little DIY project and they’ll make the library more than a dollar a piece made my day. No one needs a shelf made out of a rare book cut in half or some of the other crazy things the crafters do! Don't show me those projects! They hurt my eyes.

On the way home a song came on the radio that confirms I’m not the only one who attaches memories to objects. Here’s the lyrics: “She kept the hotel key. Slipped it in her purse. I guess it makes her think of me, and that night we left our hearts on our sleeves and the clothes all over the floor.” It goes on to describe her as wearing his t-shirt and half-drunk smile. I love that expression---half-drunk smile. I remember them well from my far away younger days. I rarely drink anymore because I lost my designated driver when Don had his stroke. Hey, I could take it up again after I move and I'll be within walking distance from the campus restaurant! ©