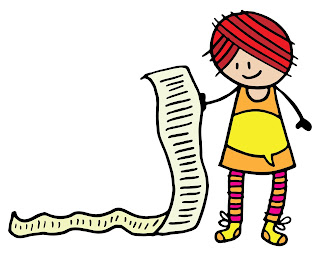 Can you believe it’s almost November! I can’t. I don’t want it to be November because that means we’re getting closer and closer to snow season. I’m not ready for that. I still haven’t done a few things around the yard that I should---divide some plants, cover the A/C unit and what outdoor furniture I still have left, throw out my pots of perennials.. I sent a text to my lawn care guy to make sure I’m on his schedule for a fall cleanup and he’s coming tomorrow. At least that’s what he says. In the spirit of fairness it’s been so wet and rainy and the leaves aren’t all down off the trees yet. It’s just that he doesn’t inspire trust in me after the fiasco over my deck staining project last summer. At least with text communication I have a record of what the daffy-as-a-doorknob guy says. Judge Judy would be proud.

On the good side of fall jobs to check off my list, the furnace guy was here and mine passed inspection with flying colors. That’s always a good feeling with a unit that is almost two decades old. While we were down the basement I mentioned I needed to check my sump pump to make sure it was working and he did it for me. He said I probably need a new back flow flapper so in a week or so when my schedule gets less crowded I’ll call the plumber. I’m so afraid of falling into that sump pump pit and I should have tipped the furnace guy for checking it for me, but it didn’t occur to me until a minute ago. So who’s the daffy one now?

At least my car is ready for winter. It sends me e-mails so I can’t neglect getting oil changes and the battery, tires, fluids and wiper blades checked. With only 21,000 miles on the Trax she still likes going to the dealership for her bi-annuals so she can say ‘hello’ to the guy who paired us up. I just have to remember to stay away from the new car showroom because the last time I "looked" I bought the Trax with no plans or forethought to replace my 2-3 year old car. It only took one question from the salesman, “How do you like your Chevy Cruze?” And I told him about how I couldn’t get my friend’s walker in it and I hated how low the trunk was and the fact that I missed having a cargo area and, “Oh, did I mention I hate the sick-baby-poop color? It didn't grow on my no matter how good of a deal you gave me when I bought it.”

One of the things I’ve had on my fall schedule was an appointment with my audiologist. My hearing aids are living on borrowed time and I think in the spring I might get new ones. I could afford new ones now but by ordering them in the late spring that will switch my yearly ‘ear checks’ to a time of the year when I’m less busy. I did the same thing with my Reclast infusion for my bones when I saw the internist two weeks ago. The infusion center is so busy that the doctor’s order for my infusion would have put it right at Christmas so we decided to cancel it and start ordering them with my April bi-annuals. I’ll be eating a lot of spinach in the meantime and popping calcium pills like they are candy. Just kidding. I don’t over-medicate but occasionally I don’t get my second calcium pill in for the day because it has to be taken with meals and sometimes I don’t eat after having a late lunch when I’m out and about. So I’m changing to the kind of calcium pills you don’t need to take with food which are big enough to qualify for horse suppositories. I hate them but I hate winter appointments more.

About the only thing left on my fall job list is to check the expiration dates on my over-the-counter flu and cold stuff and restock my stash of Kleenex, frozen OJ and soup plus buy some foods for the freezer in case I get snowed in. I don’t like fall and how busy it keeps me, I think I’ve established that to everyone’s satisfaction.

The auction house where Tim, the son-I-wish-I-had, took four loads of stuff of mine has not paid me for the last batch and I’ve been expecting a check for roughly $700. I tried calling a couple of times over a week’s time and got a recording that they “aren’t taking phone calls at this time” and I’ve tried e-mailing but they aren’t answering. So I’ve texted Tim and he’s going to drive out there and see what’s going on. If they’ve gone out of business it’s going to affect Tim’s business big time and it will force me to get another backup plan in the event that I don’t get all my downsizing done it time for my move. There are so many moving parts involved in moving and starting a new style of living and it will be a miracle if something doesn’t put a hitch in my giddy-up.

One day I got obsessed with wondering where the heat ducts will be in the CCC unit I have a deposit on because it will make a difference on how many and where I can put bookcases when I move in. So I called them up to ask and was told I wasn’t the only one who wanted to know. The answer is they’re in the ceiling. In the ceiling? In the ceiling! Who does that? So now I’m obsessing about how I’m going to dry my mittens and boots in the winter with no register to put them on. Yes, I know, If I wasn’t obsessing about one thing or another I’d be obsessing about not having anything to obsess about.  ©
Posted by Misadventures of Widowhood at 12:30 AM