Air Hugs and other Pandemic Adjustments 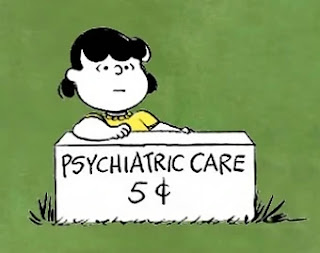 The post below was written before the protests and riots took place in recent days, but before you get to that piece of fluff I want to say that I am without words to express the sadness and shame I feel over what is going on in our nation, as if the pandemic and crashing economy wasn't enough to keep me up at night. Yet I understand the outrage over the racial disparages in our justice system that are fueling the protests that led to the riots. Perhaps if our "very fine president" has listened---really listened---back when sports figures were trying to shine a light on this issue by taking a knee in silence protest we might not be where we’re at today. Instead, he scorned and belittled them and their method of protesting. Are we listening now? Is the president? In my heart I know that's too much to ask of a man who is incapable of showing empathy and compassion unless the protesters are holding Confederate flags and guns at the Michigan State capital or chanting Nazi slogans in North Caroline. He's incapable of bringing two groups of people together---blacks and whites, Democrats and Republics, radicals and pacifists and I question if he'd even want to because he feeds off chaos and divisiveness. I am by no means saying he started the riots, but his tone-deafness to social injustice issues has helped set the table for them coming to our cities nationwide. We will survive this dark period in our history but the fastest track to making the systemic changes needed to make the darkness pass is to vote Mr. Trump out of office. End of Rant.

Beginning of my Fluffy Post: New Flash: I saw three people this week and it got as personal as staying six feet apart can get during a pandemic lock-down. Air hugs all around and I was excited to finally be able to use my words on someone other than the dog. The most fun was a visit from the son-I-wish-I-had and his wife. He called to say he had picked up his and my checks from the auction house and wanted to drop mine off while he was passing through my neighborhood. But holy crap, he was only ten minutes away! Ten minutes isn’t enough time to get dressed AND pick up nine weeks’ worth stuff around the house that never found its way back to where it belongs---that pile of shoes by the door, dead dog toys all over the floor, unread mail piled in an isolation box waiting for the cooties and Covil-19 germs to die, dust a mile thick on all the furniture. And did I mentioned the shipping supplies and boxes of e-bay stuff that has taken over my dining room table as well as my library? If he’d called two days later the place would have looked great. My cleaning girl was coming the next day and I had planned to do my pre-cleaning for her real cleaning that afternoon.

It was early and I was still in my nightgown and robe which quickly got peeled off my lazy body and exchanged for real clothes and I was thankful I had my new turban from Amazon to put over my shaggy hair. It was such a beautiful day outside that when Tim and his wife came to the door I suggested we visit outside so that Levi and I could get some time in the sun while we talked over the hood of his truck. What? You think it was rude not to invite them in just because you know my hidden agenda was to save myself from being embarrassed by my messy house? No, it wasn’t rude, given the fact that pandemic rules of engagement are still in effect in my state. They both have elderly parents and they don’t go inside their houses, now, either. They give their parents air hugs from the other side of sliding glass doors---I've seen the videos on Facebook---and do other responsible things to keep their germs to their selves. Tim’s wife works in health care so it’s a real possibility she could bring something home besides her over-worked body.

Before they got here I had put three vintage pocket watches that I couldn’t open in a basket along with a hand sanitizer packet and a gripper clothe to see if Tim could get their backs off. He couldn’t do it either which made me feel better knowing it wasn’t just my old hands that wasn't up to the task. Not being able to open and photograph the guts and serial numbers of those watches meant I couldn’t get as much money for them on e-Bay. There's a great data base of serial numbers online that will tell you everything you ever wanted to know about any brand of vintage pocket watches. Opening pocket watches is tricky. Some open by pushing or pulling on the stem, others twist off on the front, others twist off on the backs. Still others have backs or fronts that you have to pry off with a special tool. The watches in the basket were the last of the eighteen pocket watches I had to send off to new homes.

Make that seventeen watches, not eighteen, because I did find one gold case that was empty in my husband’s box of treasures. It was tagged with a message that it fit his mother’s pocket watch---interchangeable with the silver-plate case it had when it got passed down to one of his brothers. I’ve decided to keep the case and put a photo inside. I seriously doubt the gold case was actually owned by Don’s mom. He probably bought it, intending to swap it out for her before she died, or he was hoping one day that he’d inherit her pocket watch instead of his brother. Kind of hard to pick a dead guy’s brain and since I’ve found very few why-did-he-do-that mysteries as I’ve gone through my husband’s things, I consider myself one lucky widow. That didn’t come out right. I meant I’ve heard about other widows finding proof of secret children, secret affairs, secret bank accounts, secret porn collections and other mysteries that turned their grief into angry resentment and a sense of betrayal that makes it harder to get closure. But Don still gets to wear his shining knight’s armor even though my princess crown got sent to Goodwill with all my other Red Hat Society stuff.

The other person I saw this week was my cleaning girl. I was happy to have a clean house again and happy that she could channel her OCD in a healthy direction. I've missed this girl and our conversations. When her boss called to set up the appointment for Purity she said she’d be wearing a mask and gloves and wanted to know if there was anything else I’d want her to do to make me feel safe. I said, “As long as Purity doesn’t bring cleaning clothes into my house that she’s used in other places I’m good.” By the way, ‘Purity’ is her real name and I asked her once if she liked her name. She grew up in a darkly abusive home that left her far from pure and has an alphabet full of syndromes that she still occasionally see a mental health professional for, so I was surprised that she answered in the affirmative. I was thinking her name hung a target on her back for the bullies of the world to use against her. So much for my arm chair psychology degree. Turns out it’s not worth any more than Lucy's in a plastic Peanuts village.  © 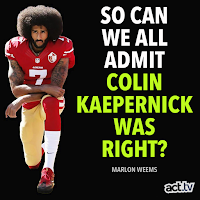