The Weirdest Date I Ever Had 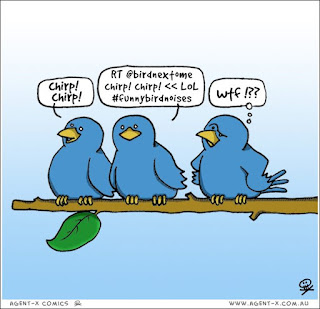 The Amazon delivery truck---yes, my town has a few on the road---is coming to my house today and I can hardly wait. The stuff it brought last week is due out of my five day penalty box for the infraction of being wanted during a pandemic, but I’m more excited about what’s going into that penalty box after I get my delivery. In the box right now is ink for my printer, a ream of paper and a fingernail repair kit. Nothing fun. But today---wait for it---I’m getting a bird call from the Audubon Society, Milk-Bone Trail Mix and a 'pandemic bra' (otherwise known as a comfy sleep bra). You’re a smart cookie so I know you’ll understand my excitement over the wear-it-home-only bra and dog treats but you’re scratching your head over my bird call excitement, aren’t you. It’s very simple. Over the past week I’ve added to my daily routine thirty minutes of sitting out on my deck and to amuse myself I started mimicking the birds. I’m not a strong whistler but I swear the birds think I’m one of them, so I must be doing something right. I can only mimic a few bird varieties in my yard and I don’t even know which ones. All I know is our “conversations” are kind of cool.

I searched my blog archive trying to figure out if I’ve ever written about a date I had before I met my husband with a guy who took me bird watching. I can’t find a post on the topic and I'm shocked that it took me this long to load the experience in my blog fodder canon. I was in my twenties and the guy was a college student working as a temporary delivery guy for the Valentine’s Day rush at the floral shop where I was working at the time. He was a redhead and trust when I say I had good reasons not to like redheads back in those days of having a redheaded cousin who, growing up, was a thorn in my sides whenever we were in spitting distance. But Bird Watcher Bill got extra points for being a big flirt. I was the only person working in the place who was under forty so, by default, I was his flirting partner. When he asked me out on the date he didn’t tell me we were going bird watching---for real taking part in the Audubon’s Annual Bird Count. He didn’t even tell me when he picked me up and I was wearing a dress and nylons, and when he drove directly to the boondocks he didn’t tell me then either and I assumed the worst. Yes, I was getting raped, murdered and left in a shallow grave.

He was enjoying my growing state of wariness and it wasn’t until he pulled out two pairs of binoculars, a chart and pencil that he revealed why we were parked in the middle of nowhere. I went from fearing for my life to thinking I was being punked before the word ‘punked’ became common verbiage for a practical joke. The real date, I thought, will start as soon has he's had his fun teasing me. I never laughed so hard on a date in my life before or since as I hobbled around on my high heeded dress boots. In. The. Woods. And when he wasn’t shushing me because I was scaring the birds away I was thinking this guy can’t be serious about counting birds. “Audubon Society? What’s that,” I asked. I didn’t know people actually did count birds back then.

He was a nice guy, was studying to be a forest ranger and a few years later, I heard, he was out West monitoring fire towers in a national forest. I should have gone out with him again. He asked over other holidays when he was home and helping out at the shop, but like I said I was shallow and picky back then about potential boyfriend material. It wasn’t the bird watching that didn't earn him a second date. It wasn’t his red hair either. It was the fact that when we stopped to eat he ate half the French fries off my plate. We might have played tongue tag out in the woods---okay, we DID play tongue tag a few times---but I didn’t like sharing food with him. I was polite and suffered in silent back back then but today I might have stabbed him with a fork because I still don't like people eating uninvited off my plates and getting hand cooties on my food. Given the world pandemic we're in right now one could say I was just ahead of my times wanting to avoid other people's hand cooties.

I think of him occasionally when I'm watching birds hopping around the tree tops because, really, who doesn't want to remember the fun times we've had in the past? Would it have worked into something serious had we gotten to know each other better, who knows. I do believe dating a forest ranger who could make me laugh until my sides hurt and who was as kissable as they come could have at least been fun fodder for writing a romance novel. You can bet your buttocks, however, that the guy on the book cover would not have red hair. Since those days I've become totally citified but back then my childhood of running around in the woods and living summers at a lake was not all that far in my past. I loved the great outdoors back in those days so the whole idea of having a forest ranger spouse did have its appeal. Today, I think of going in the woods and I see ticks crawling up my legs and poison ivy reaching out to grab me and few, scary survivalists living off the grid.

I miss seeing birds around my house now that I’ve quit feeding them. I quit feeding them because of the mice that came with along to do clean up duty under the feeders and they’d bring bird seed into my basement to store up for winter. Then I’d have to d-Con the basement to get rid of the mice. If I play my cards right or more correctly if I use my bird call device right I can have my birds back without the messy mice. I just hope I don’t accidentally call the hummingbirds to circle my head as one product reviewer reported happened. One of those little guys scared the crap out of me once when he got too close up and personal. But that’s a story for another day. #leavemyearwaxalone! ©