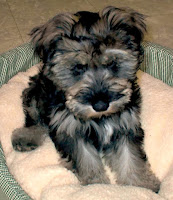 In my last post I was crowing about overcoming the fear of getting the covid-19 vaccine. I got it without any major problems but that doesn’t mean life went back to normal. The morning that post published I woke up to Levi missing from his dog bed in the bedroom where he usually stays an hour or two past when I get up. I couldn’t find him. But OH! MY! GOD! I found ten piles of assorted poop, pee and vomit all over the house, but no Levi. I looked in all his usual places…the library where he waits for the dogs across the street to appear, his bed in the kitchen where he keeps me company when I’m on the computer, on the couch in the living room where he likes to chill out if I have the TV on too loud, in the dining room where he likes to lay spread eagle in a ray of sun which is/was his happy place and I even looked in the laundry room where he’d sit if he’s afraid I’ll leave without telling him good-bye. Finally, in the last place I looked---naturally---I found him in my art room where he never hangs out. He had just finished vomiting all over his front paws and looked like death warmed over.

After leading him out to the kitchen and getting two baby gates out to corral him in where future bodily fluids would be easier to clean up, I called the vet. "Bring him in tomorrow morning but call back if anything else develops.” Blah, blah, blah. He wanted to go outside so while he was out there Resolve Carpet Cleaner and I went to work. When I checked on Levi he had dug himself a nest in a snow pile and was doing the circle thing dogs do to lay in it. He had peed, pooped and vomited again and it was only 40 degrees so I made him come inside. He walked so slow a turtle could have won a race against him. Inside, he drank a full bowl of water then vomited it back up which promptly put me back on the phone to the vet’s office. We agreed he should go into the Animal Emergency.

I’d been there before but Covid-19 had changed everything. You couldn’t even get into the building without ringing a doorbell which I couldn’t find and ended up calling them on the phone to come let me in. They gave me a tablet to fill out with mine and Levi’s information. I’m pretty computer literate but that tablet and I were at war with each other. Finally I got the generic forms done. Then came a page of consent and charges to initial and last, but not least I had to sign a Do or Do Not Resuscitate order. By then I was a nervous wreck. Tears formed as my mind flashed back to when I had to sign a DNR for my dad when Hospice got involved with his care and while my dad was sitting across the table from me looking as healthy as ever. In fact he lived another seven months after that and didn’t suffer any pain from his lung cancer until the day before he died. Signing Dad’s DNR order was in the top five most difficult moments of my life. I digress but someday I should write a post with that title.

On the consent form for Levi I checked and initialed that they could resuscitate, if needed, at the tune $400 to 600. Because of Covid-19 they wouldn’t let me wait for them to run some tests to get a proper diagnosis. I had to go home and wait for them to call. I thought he probably had a blockage of some sort and he'd would be as good new after running up my credit card a few thousand dollars. I was not prepared to hear the veterinary recommend that it would be best to put Levi down. One day he’s running around acting normal and happy with no known medical issues and the next day he’s too sick to try to save? I couldn’t wrap my head around what she was telling me.

She said he had severe diabetes, severe dehydration and severe pancreatitis and his heart was in distress. And apparently, when diabetes comes on sudden like it did and pancreatitis is involved the aftercare would be really hard to manage IF they could even get him stabilized with a 3-4 day stay in the hospital and even that possibility looked grim, she said. I asked about the aftercare and she said two shots a day, frequent testing and lots of accidents with his bowels and blabber for the rest of his life. My youngest niece has a diabetic dog and it takes her and her husband both to get the injections in her baby plus they diaper her at night and when they go away. I have/had trouble getting Levi cornered just to brush his beard. I didn’t have a lot of time to decide whether to start lifesaving measures or to go back to the hospital to be with Levi when they put him down---quaint little euphemism, isn't it, putting a pet down. He was in so much pain that even touching him, the vet said, made him whine or growl and he’s never growled at anyone or anything in his entire life except an oak leaf when he was a puppy.

You see stories on Facebook about people who have terminally ill dogs and they want to make their last day on earth special before bringing them into be euthanized and I would have liked that for Levi. With Levi I would have taken him to Starbucks with the car window rolled down to get a puppuccino, we would have stopped by his groomer for a little bromance baby talk. We would have played tug-of-war with his favorite toy, I would have let him bark at the dogs across the street without scolding him and I would have let him mark all the streetlight poles on the block. Levi’s life was simple but he sure made mine richer.

Every room in this house has something in it that is his and the next few days are going to be SO hard as I remove his presence. In the past when I lost a dog I always knew I’d eventually get another so I’d keep some dog stuff around for that day. But now my head and my heart don’t agree on whether or not I can hold on to that idea or if it’s time to let another door in my life slam shut. For now I’ll put all his stuff in a big box, put it in the garage and pull a Scarlett O’Hara and worry about what to do with it all on another day.

The photo at the top was taken on Levi's adoption day. He was 14 weeks old. The photo below was taken of Levi resting in peace just barely 13 years old. I asked the vet if it would be weird to take that photo and she said "No, lot's of people do it." It cost $712.19 for Levi to die at the hospital and it will cost another $125 for his cremation. Not that the money mattered to me. I would have spent their estimated of $4,000 to $5,000 to fix him if he'd been fixable with a better prognosis for his aftercare quality of life. But the emergency hospital vet was discouraging that choice, not sure his little heart could handle what they'd need to do and I didn't want Levi to suffer because I wasn't ready to let go. He will be the first dog I've ever had who didn't get buried and that hurts, too, for reasons I can't figure out. I'll have to decide what to do with his ashes later on. Now, I need to cry…. I still can't believe it all happened so fast. He was happy and full of energy one day and the next day he licked my hand seconds before he passed. ©

Email ThisBlogThis!Share to TwitterShare to FacebookShare to Pinterest
Labels: Levi