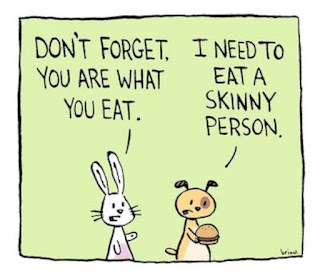 Remember back before my house sold when I was eating my way through my stress and I topped off the 5-6 pounds I gained during the pandemic last winter with a few more? Guess what! They’re all gone now plus a couple of extras and I hit a low I haven’t been at since before the pandemic. How did I accomplish this blissful feat? It wasn’t a planned diet nor did I lose any limbs but since I started the packing process I’ve been so busy that my step counter says I’ve been reaching my daily goal of 6,000 step in the middle of the afternoon---instead of closer to bedtime, if at all---plus for some odd reason I started buying BelVita Breakfast cookies. I don’t know what’s in those suckers but I can eat a serving size package at 7:30-8 o’clock and they keep the hunger away until noon-ish. Not bad for a 230 calorie, flavorful cardboard-like breakfast.

At noon I’ve been drinking an Atkin’s meal replacement shake which is nothing new for me to do when I'm busy and they keep me from thinking about food until 5-6:00 when I’ve been having a Stoufer’s or Atkin’s frozen dinner or take out. It’s been several weeks since I used up all real food in my freezer---chicken, beef, salmon, pork, homemade chili, etc.---and I haven’t wanted to buy more. Same with my pantry, I’ve used up as much stuff as I can. Most of the snack foods are gone from the house and evn if it wasn't by evening when I’d normally be tempted by them, I’ve been too tired to walk out to the kitchen to scout out what's left in the cupboards.

I’m glad I decided not to upgrade my wardrobe before the move. If I can keep this up through the fall and winter I’ll be in a smaller size by spring when I'll have fun wearing out the pages of the L.L. Bean catalog. With a gym roughly a 100 feet from my new apartment door and two on-campus restaurants that will be serving far better and healthier food than I’ll been eating since before the pandemic, there is no reason why I can’t keep this ball rolling to a new me.

And guess what else is new! I got my long, pandemic driven hair cut off. Gone are the sexy locks and in its place is an easy-breezy style. It still isn't as short as I’ve worn it most of my life but I told my stylist I wanted to get rid of four inches and leave two-three to possibly get cut off at my next and last haircut with her. I'm going to miss that girl! She’s helped me grow my hair out to the longest it's been since I was a child. It's been a fun distraction when I had the time to mess with it. Growing it out and getting haircuts every four weeks doesn’t compute for some people but my hair grows fast and needs to be trimmed and thinned like clock work or it goes Afro. Not that there’s anything wrong with having an Afro but that style on white-bread me gives me nightmares of what my high school senior photos looked like when all the cool girls in my class had straight-as-a-pin pageboys.

The son-I-wish-I-had came over this week and we make a game plan for the week of the move which settled my nerves down considerably. His sons are helping Tim load and unload the truck---he's licensed to drive large vehicles and has been doing so for decades. They are all work horses and great people to be around if you don’t talk politics. Tim owns a business that includes moving stuff out of houses and cleaning them up after people move out. He gets a lot of business from banks that have done foreclosures and realtors who sell estate houses. In both cases families tend to walk away from a lot of the contents. Tim will do a good job for me---he moved me into this house---and I’ll be saving several thousand dollars. Not that I’m using him to save money. I was to be his Guinea Pig to see if he wanted to expand his business to offer a service of helping seniors downsize and move.

We both did some research into the idea, including having him sit in on a couple of free estimates I got from companies who do that sort of thing. In the end, he decided the senior moving service business is not for him. The two businesses we sucked information up from both have retail shops to sell the downsizing stuff they get paid too well to pack up and haul away. They charge $75 an hour per person. Tim's going rate is a two hour minimum for $75 then $35 per hour after that for his wages and $25 for his extra workers. One of the downsizing specialists had actual dollar signs lighting up her greedy eyes when she walked through my house like I was too stupid to know I had some valuable stuff she could charge me to haul away, then sell to line her purse.

I've got to get back to work. I have a small chair cushion to cover and an oil lamp to clean---both sentimental pieces from the cottage where I spent all my summers growing up. I need to get that lamp oil up to hazardous waste and return the shoot stapler that I borrowed for the cushion project. It's a wicker chair I used as a toddler and I was planning to used that chair as a toy box for Levi...but we all know how that's turning out. I don't know how to say this without sounding "???" but thoughts of leaving my life with Levi behind in this house is hitting me harder than leaving the memory triggers of husband behind. I saw someone walking a schnauzer yesterday and out of no where I burst into tears. I guess six months of mourning the fact that I'll probably never had another fur baby is not long enough...  ©