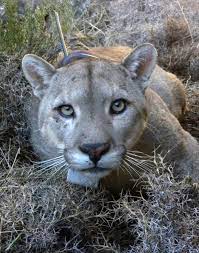 Remember the U-Haul situation in my last post where I channeled my dad’s peace making skills? I had to go back in to get some more boxes and I explained the overcharge to the counter woman, the same one who made the mistake but she didn’t remember me. She did, however, take my word for it and gave me a $10.95 credit toward my purchase. But can you believe it, she made another mistake with my new box order. I checked the boxes as she loaded them in my car against my list and her invoice and she gave me eight medium boxes when I only ordered two---and there was no chance I misspoke because she had my list in front of her when she punched the order into her computer. When I pointed out the mistake, she started unloading the extra boxes but I said, “That’s okay. I’ll probably need them down the road anyway and since I already paid for them and they fit in the car I'll keep them." It was one of those reminder moments that if you do something right the first time, you don't have to work as hard or as long.

The bank manager called. With all the money sitting in my account from the sale of my house it got tagged to look closer at it and they found my account didn’t list any beneficiaries. I wasn’t about to let this detail fall through the cracks so I compiled a list of my heirs, had to unpack a box to find their contact information and birthdays to do it. Without those names on my account, when I die the money would have to go through probate, a long, drawn out headache for both the bank and my heirs. One hitch, though, they would only let me list three heirs. On my will I listed my nieces and nephew to each get 30% of my estate and the son-I-wish-had to get the remaining 10%. But since the faux son turned into a Trump supporter and anti-vaxxer, it felt kind of good to cut him out with no planned malice on my part. The alternative option was to list as the beneficiary "the estate of  Jean ____" and let it get dispersed according to my will thus back to probate. Listing heirs by name lets them just present a death certificate to the bank and one third gets transferred to them each. Easy-peasy.

I’m still having trouble getting my landline phone number ported to my new cell phone. We’re on the fifth attempt and this is after several conference calls between me and both phone companies with all of us verifying that all the information is correct. But Spectrum’s automated rejections keeps saying the address is wrong. I was literally on the phone from 12:30 to 3:00 with a guy from Great Calls/Lively as we got passed around Spectrum. I peed twice during that time, careful not to flush. I'm pretty sure he peed once. While I was on the marathon phone call we did get some additional technical information that might help solve the problem---stuff I didn’t understand but Steve, my new best friend, thought his supervisor might.

I’m going to pursue the port to bitter end but I’m also gearing my brain up to the fact that I may end up with a new phone number that no one knows, moving into a place no one knows. Half my friends and relatives don’t answer calls from unknown numbers. It’s a catch-22 situation. Steve said this is the most difficult port he’s ever worked on and he's been doing them for ten years. Near the end of the call he asked his supervisor to escalate the case because, “This is ridiculous that its gone on as long as it has.”---nearly three weeks. Now I have to wait until next Wednesday (9/8 in blog time) to see if the escalation to a higher level of geeks works.

I also got a phone call from the place where I custom ordered my Amish oak desk. It came in a month earlier than promised. In order for them to hold it in their show room for another month I had to finish paying for it. A trip down to their place would eat up a half day so I paid The $1,200 sight unseen with a credit card. If you can’t trust an Amish carpenter to do a good job, the world is coming to an end. That’s my story and I’m sticking to it.

I tried to kill a spider in my closet but he got away and now I don’t want to go in there. I can deal with spiders on the wall, floor or ceiling but this one was on a shirt sleeve. I’m glad I hired someone to help pack up my closet and kitchen. I packed up the rest of the house in a total of 120 boxes---16 are full of books---and I could probably do the kitchen and closet without help, but I didn't know that when I booked the appointment several weeks ago.

I’ve been reading a true story set in Amazon called The Puma Years. At the animal sanctuary where the author worked they had spiders the size of dinner plates living in the shower stalls and dorm. I keep thinking that spider I didn’t get to kill is going to grow super-sized and, I’m sorry, but I could not co-exist with dinner plate sized spiders living in the corners. I’d find me a hand gun so I could stand a good distance away and use them for target practice.

That book is full of scary insects. The sanctuary takes care of wild animals that are rescued from the illegal pet trade---most so abused, neglected and/or unable to forage for their meals in the wild that they have to live out their lives there. The big cats get between a quarter and a half an acre enclosures/cages in the middle of the jungle and many are walked daily like dogs. The descriptions of the rain forest’s vegetation, insects, sounds,wildlife and climate kept me reading even though the insect yuck factor was high. Near the end it became clear why it went into such detailed descriptions because the underlying message in the book was to draw attention to how the logging industry, animal poachers and big corporate farms are destroying the ecosystem of not only the Amazon but the whole world.

The author, Laura Coleman, is an artist and writer who has devoted her immense talent to bring awareness to illegal wildlife trafficking and environmental justice issues. Environmentalists are cut from a different cloth than the rest of us and that's really sad. We could all do more, care more and think more globally than we do. Every thing we could or are doing helps from making sure the coffee, chocolate and beauty products we buy are ethically sourced to committing to recycling more militantly to not replacing perfectly good stuff just to get the latest and greatest features.

On that note, I'm going to Starbucks for an ethically sourced Double Chocolaty Chip Creme Frappuccino and if anyone has anything negative to say about their prices or coffee please keep it to yourself.  It's not their coffee that makes their customer base so loyal, it's about the feeling of being part of the solution instead of adding to the problem. It's about rewarding companies with high ethical standards.  And I was thrilled to learn the two restaurants on the campus where I'll be living in less than a month will be serving Starbucks coffee. ©