The week of Screw Ups 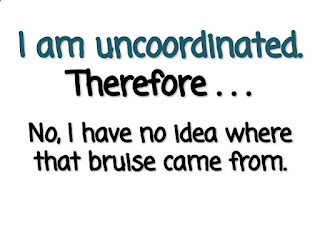 It was bound to happen. I had to unpack a box that was sealed and ready for the move. A box that was full of the obscure things we keep under the kitchen sink. At least that’s where I keep my Goo Gone and Dawn dish soap. I don’t actually use Dawn to wash dishes but when it’s not used to remove oil from wildlife it does a great job on my indoor electric grill. To be clear I haven’t washed any wildlife yet unless we’re talking about stink bugs, an invasive species that came to Michigan a decade ago and every fall hundreds of them take up residence on the south side of houses to winter under our siding. In the past I’ve sprayed the stink bugs with soapy Dawn dish water and it wasn’t an act of kindness to clean them. It renders them unable to fly and then they die. I’ve also vacuumed them off the house then vacuumed up insecticide. There is no humane way to kill stink bugs but fortunately for me they are slow and dime-sized so they can’t escape me when I put on my assassinator’s  hat. A hat that will be retired as of now. Yeah!

But my screw up and need for Dawn and Goo Gone had nothing to do with bugs and everything to do with me being clumpy. I had a mirror with an antique, gold leafed frame that I wanted to turn into a silver leafed frame. But first I had to spray paint it black. Easy job. After all, I’m the one who gold leafed it back in 1960. I know this because I wrote it on the back along with I what I paid for the mirror, who I bought it from and the fact that the “old woman” was 80. Eighty doesn’t seem so old now that I’m trying out the age for size. Yes, I tell people I’m 80 when I’m not quite there yet. People overlook stuff when you’re 80 that they don’t dismiss when you’re younger. At least that’s my story and I’m sticking to it.

I was in the yard spray painting the frame and just as I finished up I accidentally dropped it, fresh paint side down on the grass. I’d been holding it by the wire on the back and I moved so fast to pick it back up again its a wonder I didn’t get whiplash. What I did get was almost worse. I got black paint up my arm, all over my hands, my watch, on the fence gate and deck railing as I made my way back into the house. Before I took a load paint solvents to hazardous waste recycling the paint all over where it didn’t belong wouldn’t have been the problem it was. I ended up cutting the box open to fish out the Dawn and Goo Gone and went to work. After a good 40 minutes of panicked work you’d never know I screwed up as badly as I did. This was a mirror I didn’t think I’d be able to use but with my recent tour of my future home I discovered the intercom by my door was low enough so I could put the mirror above it. It’s going to look fantastic with my stainless steel appliances with their black accents  near by. And I’m so grateful I didn’t attempt this project after moving. I’m also glad I didn’t leave it in the Goodwill donation box.

I used to be good at crafts of all kinds when I was younger. I used to be good at lots of things like walking through my kitchen but the day after my painting disaster I tripped on a box and fell on my bad hip and my bad arm. Talk about scaring myself to death. I had visions of breaking the arm that had already been broken in three places and still gives me trouble. (My bone doctor and I are babying that arm to try to keep me from going back under the knife.) I managed to get myself up with the help of my footstool in the living and to prove where my head was at I remember thinking, This is why I need a footstool in front of my settee instead of the small coffee table. I’d been debating that decorating choice for weeks. I woke up the next day sore with a few bruises but I dodged the bullet and have vowed to slow down when I walk through the Box Canyon formerly known as my house.

Then came the day I had scheduled to do all my change of addresses. I got them all done but I swear Social Security purposely tries to make you crazy. The automated system asks you a bunch of questions but when it asked for my mother’s maiden name I felt like I was playing a video, trying to get to the next level where one wrong answer puts you out of the game. After saying and spelling my mom's maiden name the system would announce that their information didn’t match and then they’d disconnect. I finally looked up my mom’s obituary online to be sure I was spelling her name correctly which I was. On the seventh try I managed to get to a live person but it got crazy around here while we were on the phone. Wouldn’t you know that’s when my irrigation guy showed up to shut the system down. He was new with the company and I had to show him where to find the  control box, the turn off valve in the yard and the way to the basement all while I was trying to give the lady at Social Security what she needed to be sure I was who I said I was.

Nine days to go before the move and guess what! I finally got my old landline number ported to my cell phone. We'd been working on it since August 20th. ©