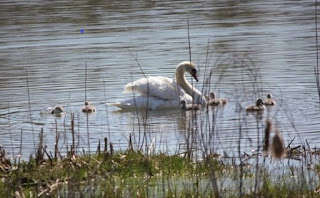 Today I’m posting some photos of the public places around my new continuum care campus. It was hard to get some of them because we’re not supposed to post photos online that have any people in them unless we have their consent. One of our move-in forms dealt with this issue and we were asked to sign a paper allowing or not allowing our image to appear on their website and Facebook page. And we can’t post pictures directly to those places because they have to go through a filter that blocks out the ones who checked the “no” box. Since the only crime I’ve commented that makes me camera shy is I ate too much and exercised too little I cut the CCC some slack and I didn’t forbid them to use group photos with me in the image. If I’m having a bad hair day or bad weight day, I’ll just look down or off the in another direction if the marketing director has her camera is aimed my way.

I didn't take the photo up above. I grabbed it from the CCC's website. A guy living in the condo section is a frequent photo contributor of the wildlife on campus. But it's a small lake and the swans are not hard to find, especially if you were to take the mile long, paved walking path that goes all the way around the lake. I'm not up to walking that far yet, but by spring I hope to do it. And I do have this fabulous picture window (below) at the end of my underground parking space. Do you think if I put in a work order I could get that window washed? I still can't believe the 23 people who got to pick their spaces before me didn't snap this one up. It's the first thing you see when you get off the elevator and the first thing I see when turn it to my space and turn off my car. 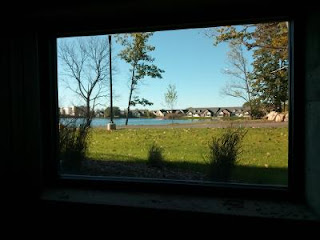 The photo below was take standing at the door to my building. The first window you see sticking out on the white wall is my painting easel corner. 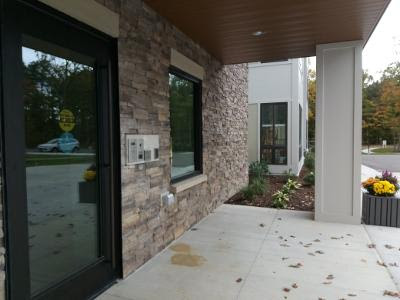 This next photo was taken standing in the same spot only looked the opposite direction toward the main building where the concierge desk, the cafe', the restaurant, the mailboxes and most of the classes are held. Rain was about to burst from the sky. Otherwise these outdoor areas would have looked more inviting. 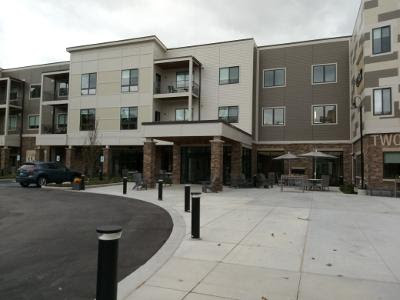 As I round the corner where my building ends and before the main building begins there's a piazza, a fancy word for a patio where there is a fire feature and of course a view of the lake. They plan to use this for a lot of nice weather events. One is coming up next week, put on by our local Bird Rehabilitation Center. I hear there a lots of birds of pry on our campus that gobble up the little birds in flight. Gross, but Mother Nature is not always good to her weakest creations. 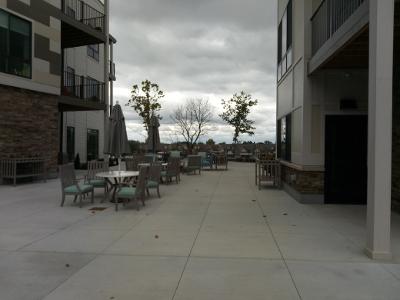 This next photo is of the cafe` looking toward the service counter and the photo below that one is taken from the same location looking toward the main entrance and my building. The concierge desk is just on the other side of that glass wall. Behind my back are windows looking out to where the kitchen gardens will go in next spring. 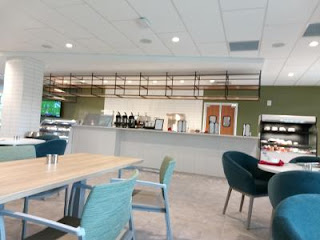 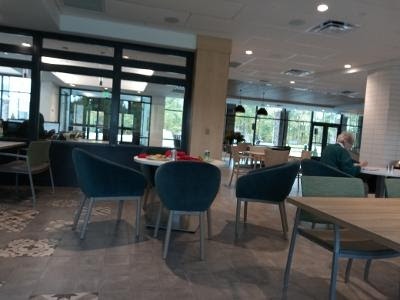 The next two photos show the areas to the right and left of the concierge's desk. The fireplace area seems to be where people gather waiting to get into one of the class rooms and the long table is used for the daily 'Coffee & Conversation' meet-ups. I haven't been to one yet but they alternate between afternoons and mornings and it's on my list of things to try. 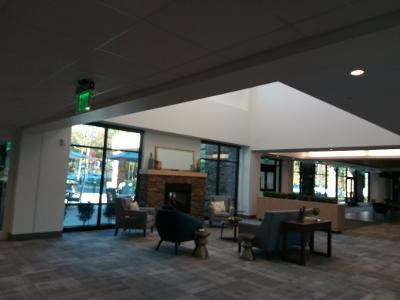 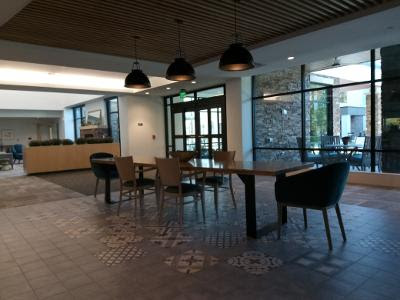 I would have had photos of the restaurant and bar which is small but elegant but I said, "Hi," to a woman from my building and she took it as an invitation to talk my arm off which at first annoyed me because one-track me was on a mission. Then I had a talk with myself about being open and friendly so we walked together back to our building. When she took the elevator up to her floor I slipped into the gym and snapped a few photos without turning the lights on.

That ends the tour. By the way, I had my cataract surgery on Tuesday on the eye with with the macular pucker so I'll be in eye-drop hell for the next eight weeks between this and the next surgery. ©
Posted by Misadventures of Widowhood at 12:30 AM