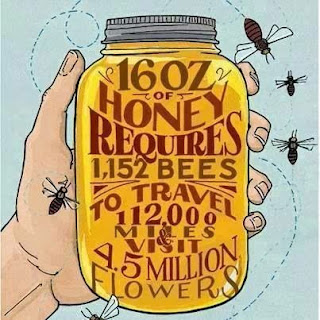 The outside of my windows are so dirty I can barely see out of them when the morning sun is shining. The CEO of our continuum care complex claims the earliest they could get a company contracted to wash them is in August which, of course, is unacceptable to a choice few of my neighbors. At our recent Dialogue Meeting the same 2-3 out of 50 were complaining. They complain about everything---some things are reasonable complaints, some aren’t but then again everything is relative. I’m satisfied, for example, to get a professional manicure like never and others here feel awful if they don’t have one every 2-3 weeks. I find that fascinating because we grew up in an era when women did their own nails, guys cut their own lawns and washing windows was a family affair. Now, you can make a living doing manicures, window washing or cutting grass.

The unemployment rate in my county is down to 3.2% which accounts for why this area (and probably others around the country) are having a hard time finding staff for the food service industry and other low paying jobs. Not to mention that some who used to work as waitresses and busboys are delivering food now, a whole new-to-this-area thing created by the pandemic and apparently well liked enough for it to stick around now that our Covid numbers are down.

I hate broken records and those ‘choice few’ who don’t seem to understand or care that things chance want to blame the lack of window washers and wait staff on “those lazy welfare people who don’t want to work.” They repeat the same old, tired rhetoric and stereotyping that’s been around forever. We had this discussion recently and it was mainly a few liberals up against our resident racist. I’m glad I’m surrounded by mostly compassionate, well educated people who understand the world isn’t black and white. (No pun intended.) Systemic poverty is not caused by individual laziness. Ya, I’m a flaming liberal but I’d rather error on the side of compassion that be a hard-nosed person who thinks we need to get rid of all forms of welfare.

The debate over welfare has been going on since the 1930s when all the alphabets were put into place, SSA (Social Security Act), ADC (Aid for Dependent Children), AFDC (Aid to Families with Dependant Children), CCC (Civilian Conservation Corp), PWA (Public Works Administration which also earmarked money for daycare) and last but not least the Agricultural Trade Act that paved the way for school lunches. The debate will probably go on for the next hundred years as well.

Why? Because the people of the world are a mass of opposing energy, which until recently I believed was a good thing because the constant pushing back and forth kept things centered. Maybe I’m just getting old and cynical but nothing seems to be centered anymore. We are facing a Constitutional crisis that could destroy our democracy and it seems like there are too many big moneyed people who want to turn the country back into the Wild, Wild West. Then we have The Handmaids Tale leaving the realm of fiction to become our reality with the newest Supreme Court Ruling. It’s like we’ve all become like honey bees up against the horseflies. One sucks the blood out of living things and the other helps pollen all of earth’s vegetation including our food supplies. In decades past we were all honey bees only we were pushing back and forth about which fields to plunder next to move Mankind forward, both sides having good intentions.

Last night at dinner one of the guys got started on how Climate Change is all B.S. and how “it’s nice if we pick up trash on the ground but Mother Nature is starting the forest fires and causing the seas to rise and nothing Man is doing is contributing to climate change.” No one said a word as he blustered and burned out on his angry outburst. What got into his craw is anyone’s guess but he’s kind of like everyone’s husband in a sea of women so we take our clues from his actual wife and don’t challenge him when he’s in a surly mood because they don’t last long. She often uses humor to defuse him and haven’t most spouses been there, done that? In all honestly it surprised me because Communal Husband is one of a half-dozen or more hardcore ‘Catholic Kids’ around here who goes to church 4-7 times a week.

His out burst about climate change blew my theory that devoted Catholics all follow the lead of their Pope. Saint Francis declared some time ago that climate change science is real and it’s everyone’s duty to be good stewards of the earth. But like all families do---and we are forming a family here---we are learning to accept each others foibles. At Communal Husband’s age does it really matter if he doesn’t understand the connection between global warming and carbon dioxide emissions from burning fossil fuels and the chain reaction that sets off in our forests and oceans? Maybe his denial is a form of guilt pushing back against the thought that our generation has unknowingly committed crimes against the environment? It’s not as if other generations haven’t done the same thing. We do better when we know better---at least that's the theory. Let's all hope that in the honey bees vs the horseflies fight for world domination it's the communal effort of the bees that wins on the timeline of history. ©