The Water's Edge and Angel Wings 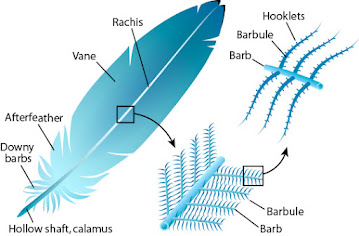 Two perfect swans glide on the cloud’s reflection, their babies in tow as they approach a Great Egret standing on skinny stilts stalking minnows. The family stops to pluck their weedy dinner from below the water’s stillness. Geese touch down on the far side of the lake and Father Swan sets off on a mission to let the geese know the welcome mat is not out for them. The swans want to keep the aquatic plants all for themselves and the white creatures wins this round over the flock of honking, dark Canadians. But the war is not over at the water’s edge. It never is when territory is fought over to the amusement of those watching from the shore.

Someone on the bank used their Boy Scout skills to build a tepee of sticks and twigs and they wove white swan feathers into a pattern at the bottom of the tepee, like spokes on a wagon wheel. I plucked three feathers from a pile of those not attached to the shire and carted them home. Three of anything is a collection. The longest one is 19 inches long and its a flight feather. I know that because google told me how to tell the difference between tail and flight feathers. “Tail feathers are balanced left and right of the center. Flight feathers have a wider and narrower side. This makes them better for flying because they can cut through the air with very little resistance,” according to Arizona's 'Ask a Biologist' website. And try as I might I cannot separate the barbules and hooklets.

Carrying my stolen treasurers home, someone along the trail told me it's illegal to keep them but my fear of going to feather hoarders’ prison didn’t last long. Google told me that people are selling them in plain sight. Yup, you guessed it. I fell down the rabbit hole of learning everything there is to know about features including how bags of white feathers are sold for weddings and others have their quill ends sewn on webbed ribbons and sold by the yard presumably to those making Native American ceremonial costumes or Victoria Secret type angel wings and capes. Those angel wings the models wear, by the way, are made of ostrich feathers and they weigh between 12 to 18 pounds. If you’ve always wanted one you’re in luck because there are tons of DIY videos online on how to make your own wings which begs the question: who is making themselves a set of wings and where do they keep them when they aren’t parading them around in the bedroom or on Halloween? There are videos on how to make your own feather capes and headdresses, too.

But down duck and goose feathers sold by the pound make me sad thinking about all the birds that had to die in some smelly processing plant and get their feathers plucked out moments after death. No time to grieve their friends also going down the line to get their heads ground off in the cruelest looking machines I’ve ever seen. (Remember Sarah Palin doing a promo at Thanksgiving while a turkey was being jammed head first down a machine in the background and the guy holding the bird by its feet was waiting to pull the headless bird back up after the cameras quit rolling?) We mammals pride ourselves on standing upright and living in houses but we are no different than the swans. We take what we want from lower down on the food chain. Some of us more cavalier about the process than others. Native American's in the movies of my youth, at least, thanked the spirit of the animals they kill for dinner. Sarah Palin laughed at the reporter who asked if she really wanted to do the interview in front of the turkey guillotine.

I thought my collecting days were over when I downsized and moved here last October. But now I have a collection of owl and swan feathers and I am resisting picking up goose and duck feathers. What are the possibilities they’ll give me salmonella? Growing my mom caught me licking a turtle once and gave me my first salmonella lecture. What are the possibilities an apartment filled with nature’s discards won’t lead to me becoming what I’ve always feared---that in my old age I’ll start saving creamer cups and picking lent off the hall floors and hoarding my ‘treasures’ in a dresser drawer. My husband’s mother did those things in her dementia.

Lately I’ve been spending more and more time at the water’s edge. I come prepared with my notebook and book of inspiration, intending to go back to my writing roots when my teen-self tried to create poetry. But so many people walk by on the trail and stop to talk that I don’t get very far trying to channel Mary Oliver. I carry around her book, A Poetry Handbook as if just holding it will give me an ear for meter and rhyme. It’s not working. Nor did the two times I actually read the book impart me the ability to do more than learn to look longer and harder at nature and write opening lines like, “Two perfect swans glide on the cloud’s reflection, their babies in tow as they approach a Great Egret standing on skinny stilts stalking minnows.” © Sarah Palin
P.S.  I ran across a blog post that might help those of us having trouble posting comments on our own and/or other people's blogs---they come out as anonymous instead of with our google account name and link. Life and Linda has helped many of us bloggers with technical stuff and gives great, detailed instructions. I followed her directions for Firefox but she gives them for Chrome and Safari as well. A Fix for Anonymous Comments.  Good Luck!