Music that Comes with Tears and Laughter 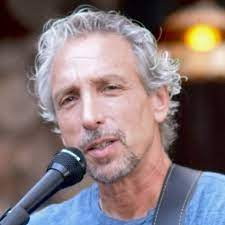 I’ve got to stop listening to old music from the ‘50s through the ‘80s. Once a month they have a birthday party here at the continuum care complex to celebrate everyone who was born in that particular month and the party usually includes a singer/musician. Many have been singer/song writers both young and old and they have something else in common. They try to sing songs fitting the age of our residents. One guy missed the mark and did too many songs from the ‘40s which on paper to a young person probably sounded good since most of us were born in the ‘40s but the music most old seniors like us identify with is the decade of songs from when we were teenagers and young adults. The ‘50s and ‘60s songs usually have us all singing along and having a great time. And I can have as much fun singing as the next person but those songs often make me teary-eyed as well.

For example when the guy above in the photo ---John D. Lamb sang “Each night I ask the stars up above why must I be a teenager in love?” I felt like I was right back in high school, encamped in my converted attic bedroom with the pink cabbage roses in the wallpaper. I’d lay on my moss green carpet and play that record over and over again until my mom would yell up from the bottom of the steps for me to, 'Turn that damn thing off." I learned it from her---playing records over and over again the way she did when I was a toddler. She had a collection of WWII records that she played over and over again. The Andrew Sisters singing the Boogie Woogie Bugle Boy is tattooed inside my head.

I can’t hear a WWII, gun-ho-to-support-the-war song without remembering the day my dad and I cleaned out our basement and we took her record collection to the dump. We had a good time sailing those records across the field of garbage and trash. She hadn’t played them in years but she was so mad when she found out what we did that it took her a week before she spoke to either one of us. As an adult looking back I know there was a story there I’m missing, probably a love story about a boyfriend who joined the Air Force and never came back. She had a pair silver U.S. Air Force wings in her jewelry box and a photo of her with a guy she dated before my dad that she never talked about or rather I was too self-centered to ask about. Mom’s are moms. We don’t see their lost dreams the way we see our own.

At the same birthday party John D. Lamb also sang Anta Lucia in Italian. His ancestry is Italian like my dad’s was and hearing that love song sang that way reached so far back into my memory vault I had nearly forgotten about all the Italian weddings I’d been to as a young kid. My three great uncles were still alive and they spoke their native tongue and always sang that song to the bride while one or two of them played the accordion.

Another song that nearly brought me to tears was the theme song from Ghost. Remember Demi Moore’s character at a potter’s wheel while Patrick Swayze’s character/the ghost was behind her and the theme song played: “...I've hungered for your touch, A long, lonely time, And time goes by so slowly, And time can do so much, Are you still mine?” Corny, I know but to quote a line from The Holiday “I like corny.” I liked it enough that day to have trouble holding back the tears. But I did.

Until John D. Lamb pulled out a Tom Jones song. I’ve told the story before but briefly its of the triangle dating thing I had going between me, Don and his friend who looked like he shared the same gene pool as Tom Jones. His first name was even Tom and he was playboy type who took full advantage of looking like the famous singer. “It's not unusual to be loved by anyone, It's not unusual to have fun with anyone’, but when I see you hanging about with anyone, It's not unusual to see me cry, I wanna die.” It was Don who had the staying power, as long time readers here know, who wanted to cry when he saw me out with the Tom Jones look-alike. Cornball, I know but it's my story and I'll tell it the way I want.

At lunch the next day someone remarked that I was having a good time at the birthday party, that she was sitting behind me and could see me getting into the music. “I was,” I told her, “but along with the happiness I fought back a few tears. Old music does that to me.” Others at the table said the same thing happened to them at this birthday party. So either John D. Lamb knew how to play to his audience or all of us had our emotions close too the surface that day and our tears needed a place to escape. I suspect it was a combination of both because the world outside that room, was filled with nothing but bad news. All I really know for sure is by the time the hour was up I was crushing on John D. Lamb and I left in a better mood than I came.  ©

The video below is of John singing a song he wrote about two friends who went to the capital January 6th. He didn't sing this at the party but I love how song writers can turn anything into music. He holds an annual Retreat for Song Writers and is on his 28th year doing so. The second video is a humorous song he wrote and did sing for us. It's for all of us who know what it's like to drive up north in Michigan.

Laughing in all the Wrong Places
Look Out for Deer
Posted by Misadventures of Widowhood at 12:00 AM