The True Meaning of our Dreams 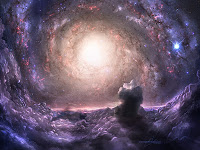 Almost every night since Don passed away I’ve been dreaming about him. And in all my dreams he’s like he was before the stroke, walking and talking. Not so surprising considering even my day time memories of him seem to be focusing more on our pre-stroke life together rather than the post-stroke years. In last night’s dream we were at a high school for a fund raiser and I lost Don in the crowd but I found him again by following his deep, rich voice. I’ve always loved his voice. After his stroke I couldn’t bear to part with his telephone with the built-in answering machine because it contained his outgoing message and I couldn’t erase it. I just couldn’t do it so I bought a new phone.

.
At one time or another most of us have wondered what, if anything, our dreams mean. Volumes have been written to help us analyze things like the setting, symbolism and actions in our dreams. The school setting, for example, in my latest dream is supposed to represent the dreamer’s feelings of being tested. (Well no shit, Sherlock! Losing a spouse is quite a test of our mettle, and being at a fund raiser isn’t too hard to figure out either, considering Don’s gun collection is now in the hands of an auctioneer and I’m getting ready to sell his beloved sports car.) Anyway, school settings are a common setting in my dreams and have been for as far back as I can remember. I’ve also had many dreams after Don’s stroke where I lost him in random settings but my last dream is the very first dream ever where I’ve found him again. Maybe that’s not such a curious thing considering reincarnation and his ‘ghost games’ round here have been on my daytime mind a lot lately.
.
I read an article a year or so back about the brain and how it stores information. The theory is that during sleep is when we shift all the events of the day to a permanent storage place in our brains to retrieve later as a memory. Only the information being stored doesn’t necessarily get stored all in one place. The brain, in theory, works much like a computer breaking up and putting data where ever it can find space on our “hard drives.” The article suggested that our dreams are really just the brain whizzing by old memories, broken up by other memories, and looking for a place to drop off our most recent data for filing. Imagine taking a magazine apart and gluing the pages back together in random, mixed up order. Imagine, then, flipping through that glued-back-together magazine and trying to make sense of what you saw. That’s what dreaming supposedly is like and if true, we can throw out all those books on dream analysis.
.
That scientific theory makes senses. It really does. But how does that theory account for the reoccurring dreams and the dream symbolism that more often that not actually seems to fit what is going on in our daytime lives? Nope, I’m kicking that article's theory to the curb and instead I choose to believe my most recent dream does have meaning. And it means some day, some how I will find Don again in the great unknown. Many of us say we have soul mates but we forget that true soul mates have been finding each other since the bottom of time and will continue to do so until the planets collide. I hold on to that thought knowing my soul mate is never far away, even in death. ©


Posted by Misadventures of Widowhood at 5:45 PM