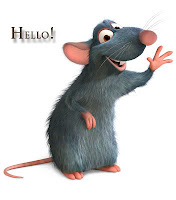 Today on my agenda was dealing with the company that insured my husband’s hearing aids. A few weeks before he passed away we had paid for the coming year’s insurance that was to cover any possible damage that might occur throughout 2012---a $300.00 premium. By my way of thinking they should be writing a prorated refund check for the remaining unused eleven months minus a processing fee for canceling the policy.

“It doesn’t work that way,” the perky voice on the phone told me. “We don’t do refunds.” She might as well have said, “I don’t give a rat’s ass how many months are left on the policy. We’ve got your money and we’re not giving it back!”

So I replied, “You mean to tell me that those eleven months left on the policy have no monetary value?”

“Why, yes they do,” Ms. Perky Voice says, “if your husband had lived he could have gotten his aids repaired unlimited times over this coming year. But since he won’t be using them, we don’t do refunds.”

Around and round we went until I finally had to accept the message: they don’t do refunds even if you stand on your head and beg Ms. Perky Voice’s supervisor. God, if I had known that I wouldn’t have notified them of Don’s passing. I would have damaged both aids, then send them back to the factory to be rebuilt at the expense of the I-Don’t-Give-a-Rat’s-Ass Insurance Company. They don’t send you the terms of the contract up front like other insurance companies do, all nicely spelled out in black and white. They don’t do anything but take your money and gamble that you’re not careless enough to wear your hearing aids in the shower. But if you do, of course they’ll tell you afterward, that you can only do that once a year and get covered. Dogs that chew a hearing aid until it looks like a wad of bubble gum with wires sticking out? “No problem as long as it only happens once a year.” Been there, done that and bought the t-shirt. It's only unlimited if you come up with a different method of damage each and every time.

I’ve always hated dealing with the I-Don’t-Give-a-Rat’s-Ass Insurance Company and it’s bittersweet that I’ve just had my very last conversation with Ms. Perky Voice. But not one to let a day go by without at least learning something new, I googled the term “don’t give a rat’s ass” and I learned the term most likely originated at a point in history when there was a bounty on rats because they spread diseases and plagues. To collect the bounty you only had to present the head thus that made the bottom half of the rat worthless. Wouldn’t it be nice if in this modern age we could put a bounty on worthless insurance companies that promise the moon but when it comes to compassionate customer service they deliver moldy cheese? ©
Posted by Misadventures of Widowhood at 7:23 PM