The Scaredy-Cat Widow and the Artist 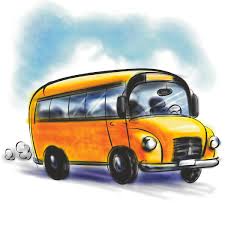 My Red Hat Society Chapter is planning a wine tasting tour next month near the top of the state, a trip that is estimated will take about twelve hours start to finish. Sounds like fun, right? I did this same trip with 100 people from the senior hall in 2012 and I’ve always loved going up to the area. The views of Lake Michigan are plentiful along the Leelanau Peninsula and the air smells so fresh and clean. So, what’s my problem with going again? I’m turning into the biggest worry-wart living on Widowhood Lane! The chapter has rented a fifteen passenger van and two women over 70 are planning on driving it. Mind you, neither one has ever driven a vehicle larger than a SUV but they aren’t worried. “I'll be fine,” one of them said, “we won’t be going in the middle of tourist season so we should be able to find parking without having to back up anywhere.” Ya, sure. I have driven a 24 foot motor home in a past life and as much as I never wanted to back up, sometimes you just can’t plan your way out of situations that require things you’d rather not do while on the road.


Twelve ladies signed up for the trip at our last tea so I need to make up my mind quick if I want push past my fear of dying alongside a highway in a cloud of red and purple hats, feathers and dresses with wine from broken bottles soaking through to my underwear. A couple of ladies are planning to buy a year’s worth of wine. Boxes of it, riding home in the non-existence extra space in van. I bought a bottle up in wine country in 2012 and I still haven’t opened it. My Italian ancestors are probably rolling over in their graves. Not that I don’t have my own indulgences. If I we were going on an ice cream tour, I’d be sitting on a cooler full of Ben and Jerry’s on the way home.

I told the ladies at tea that I have to do some math to see if I can afford to go because in addition to splitting the cost of transportation, the tour and lunch I’d also have to pay $71 of kennel fees for Levi. That was a white lie---not the kennel part, but I’d have no trouble paying for it all if I decide to go. Ohmygod, what kind of person am I turning into? Telling lies! And what happened to the woman who once happily spent an entire day in the mountains of Colorado on roads that were so narrow we had to fold in the mirrors on the truck or risk falling off the edge of the mountain to sure death? Other days out west in the boondocks we had to use come-along cables to ratchet ourselves out of the mud and we were as happy as a litter of piglets after a rainstorm. I know. I was young and in love and I trusted Don to take care of any situation and he would never, ever leave me behind. A bus load of older women? They could get half way home before they remembered to do a head count.

Speaking of spending money, I finally got to the new art studio in my adopted hometown, to ask about art classes. The guy who owns the place used to be an instructor at a near-by art school that has a international reputation for being one of the best in the U.S.A. I’m pumped up! (He also writes books.) The only hang-up is I’d have to do private lessons at $30.00 for two hours to get what I want---not a bad price, but I was hoping for more human interaction. All his group classes are just for what I call pop-up “art” classes. Classes for bridal shower or birthday party guests, etc. Two hours start to finish they copy a simple painting while they eat and drink and have a good time. It pays his overhead so I can’t fault him for that. He showed me his work and that of the other “real” artists who sell their work in the studio's show gallery. And we talked about what medium/s I should try after 35-40 years of being away from the world of art. We settled on Prismacolor pencils because they are “cheap” and not too messy for me to work with at home since at present I don’t have suitable studio space.

I left the studio, went directly to an art supply place and spent over $80.00 on the “cheap” stuff. I start my classes in a couple of weeks when I can move my eBay stuff out to the garage, freeing up my dining room table. In the meantime, I need to put together some of my old artwork to show the guy so he’ll have a gauge of what I once was and what I might be able to achieve again. (Knock on wood.) While down in the basement looking for stuff to take, I found a ton of oil pastels that are still good. One set of 48 pastels had the original price tag of $3.75 on the box and I’d just seen a set that size at the art supply store for over a hundred dollars. And no, I wasn’t using them to paint on the walls of caves. Although, that gives me an idea. The cost of canvas and paper is so high, now, I just might be using the walls of my house as I progress with my new trip to the land of would-be artists. ©
Posted by Misadventures of Widowhood at 9:09 AM