Day Trips and Metaphors for Widows 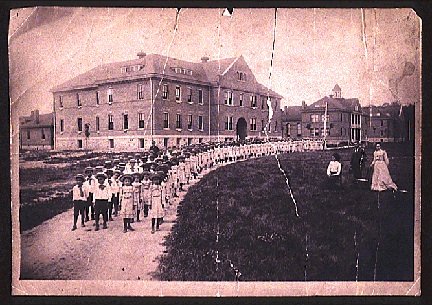 I knew this week would be exhausting but what are you going to do when you don’t want to miss anything?  Besides my Fun with Metaphors class, I went on a long day trip this week and to an oriental restaurant with my Movie and Lunch Club. (I skipped the movie because I had to pick the dog up from a boarding kennel out in the boondocks where he stayed for two nights and a day.) Tomorrow I’m going on a Red Hat Society walk-about to a deer park whatever that is, I shall know soon enough.

The day trip was billed as a Brown Bag Mystery Tour, an annual event so named because only the senior hall director, the bus driver, a fancy-shmancy restaurant and a handful of merchants know our destination until we get there. We took 150 people (three buses) staggering our stops in four small towns in mid-Michigan so we wouldn’t overwhelm the stores like a bunch of locust wanting the freebies they were waiting to put in our brown shopping bags. I’m not fond of mindless shopping without a list and a mission but I did manage to buy a jar of bourbon molasses mustard and---of all things---a bed spring turned into a note holder with the help of small, painted clothespins. After lunch, where I had the best cream brulee in my entire life, a guide from a small Presbyterian college hopped on our bus and gave us a presentation about the campus while our driver took us around. I’ve lived in Michigan my whole life and never knew we had a college so close by that has a Scottish Highlands dance troupe, a pipe band and its own registered tartan. Even their marching band wears kilts and the college hosts traditional Scottish games and revelry every summer. How cool is that!

A “cultural stop” is a part of these mystery trips, too, and this year it was a two hour stop at an educational center and museum of the Saginaw Chippewa and the Great Lakes Anishinabek Indians. It's a wonderful museum with a history lesson taught from the Indian point-of-view. I thoroughly enjoyed it but there were a couple of people on my bus who said they would have preferred to spend the time across the street at the Indian Casino. With that said, I guess it shouldn’t have surprised me when our museum guide asked for a show of hands on how many of us had heard of the Boarding School Era of Native American history and I was the only one who raised a hand. I came by that nugget of history through the back door, so to speak---by reading historical romances and wondering if this or that really happen. Back when I was hooked on the genre, I often did my own research and learned to trust the accuracy of the historical settings and events the authors’ had based their stories around.

In my Fun with Metaphors class I got my homework critiqued and if you’re not into discussing writing techniques you might get bored out of your tree by what follows so keep reading at your own risk. Those who are interested in what the professor had to say, keep reading. First, as a reminder, The metaphor I had written was: Widowhood is a vacuum sucking tin soldiers off the floor swirling them around in a dark void while other tiny souls still in its path of wrath struggle to pull its life-line from the wall.  The professor loved the last part but thought I needed to find a way define that the vacuum was a vacuum cleaner and not the other kind of vacuum. I was confusing readers right out of the gate. Then she asked what the tin soldiers represent which hadn’t even occurred to me to ask myself but I blurted out, “Parts of myself, my past and future.” Who knew! Then she asked who was pushing the vacuum and I answered, “No one. Widowhood was the driving force with no one in control.” I guess her point was that I need to learn to dig deeper when writing metaphors. Readers will asks these questions while trying to find the hidden meaning in what we write. Anyway, the changes in my re-written metaphor are subtle but they do make a difference, shoving the metaphor more into the realm of free-verse poetry. Here’s the version I’m handing in next week:

Widowhood is a vacuum thrusting forward
And sucking up tin soldiers off the floor,
Swirling them around in a dark, deep void
While more tiny souls, still in its path of wrath
Struggles to pull its life-line from the wall.

Also in class we were all given index cards with writing prompts on them to finish with a metaphor. After five minutes of writing about half the class read theirs out loud, myself not included. My prompt was: “His mind is___” And I wrote, His mind is a steel trap, leading you in with a tempting bite while you’re unaware of the game he is playing. You hang on every word of his bait. You are mesmerized, not seeing the cage door about to slam shut. He’s a storyteller, a gamester, with a purpose and you are his prize. Other writing prompts that people drew from a basket were: My house is___, my life is___, my past is___ my friend is___, and so on. The morning class went by quickly and I can see how a group like that can get to know each other on a deeper level than, say, a group of senior citizens going on a field trip. ©

Note: The photo above is of an Indian boarding school that operated in Michigan between 1893 and 1934 with the federal government sponsored purpose of assimilating the children away from their culture and traditions. The kids were forcibly taken away from their tribes and never allowed to go back home. Harsh punishments were given to any child who was caught speaking their native language.

Posted by Misadventures of Widowhood at 4:42 PM