From Sleeplessness to Unselfish Love 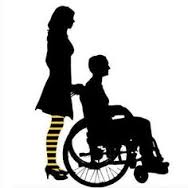 Many seniors have trouble sleeping. That point was driven home to me this week when I went to a lecture at the senior hall that was billed as a “sleep workshop” and nearly a hundred people showed up. If I had read the fine print when I signed up for this event I would have skipped it. It was presented by a guy who calls himself a ‘corrective chiropractor’ as opposed to one that gives pain relief treatments. Many people swear by chiropractors and I’ve been to one a few times but with my bad bones history I simply don’t trust them not to do more harm than good.

He talked about common sense things: 1) having a clean, well made bed; 2) having a cool, dark bedroom; 3) having the right pillow and sleeping position; and 4) having no carbs, sugar, caffeine or alcohol in the evening because they all give you insulin spikes that interfere with sleep. But the majority of his spiel was devoted to telling us that everything that is wrong with humans can be traced back to how our spines lines up---or not. At the end of the lecture he offered a hefty ‘discount’ on a $425 diagnostic workup that would result in them building you a custom “roll/pillow” and setting up a course of spinal adjustments. It wasn’t a total waste of time---the snacks were great---but I was glad it was a free lecture because I don’t accept his premise that what ails me at bedtime can be corrected with back adjustments.

The next day I went out for lunch with six Red Hat Society sisters before our bi-monthly meeting with the entire group. Parking in the tourist town where we met is limited and I had to park two blocks away. It was a sunny, dry day so that wasn’t a problem because the nature trail along a river connects the parking lot to the town square where all the restaurants are. Along the way I passed a bike rack and another rack I didn’t understand so I stopped, walked around it and finally figured out it was a place to park fishing gear so the fly fisherman (so common in the river) can grab some lunch or use the town’s public bathroom. I love that town. It’s quaint and progressive at the same time. I was early so I ducked into one of my favorite stores where I laughed while reading decorative plaques. My favorite said: “Okay, I danced like no one was watching and now my court case is pending.”

It was a good week for socializing. Friday was my Movie and Lunch Club and we saw a movie that I’ve been looking forward to since we saw the previews months ago. I went right home that day, ordered the book and wrote my blog review of You Before Me shortly after. “The storyline is about a quadriplegic in his early thirties," I wrote, "who decides he wants to leave England and go to a Swiss clinic for an assisted suicide. But he promises his parents he’ll give them six months if they'll respect and accept his decision when the time is up. He’d already attempted to take his own life before the promise, so his parents hire a quirky girl to essentially be on suicide watch and to maybe help him find a reason to change his mind.”

I already knew a lot about living life as a quadriplegic because my boss at a support website where I worked for several years was a quad. Before his brain-stem stroke he’d been an aerospace engineer. After it, he built the elaborated website and with the help of other volunteers like me it serviced countless stroke survivors and their families. I had enormous respect for what he’d accomplished but he was a demanding boss, always wanting more and more and MORE of my time. After I left there, I hung around another support site for a while, this one just for quadriplegics and their caregivers where I had zero responsibilities but from time to time felt that I did have something useful to add to the community. Why am I doing this walk down History Lane in the middle of a movie review? I guess it’s my way of saying that I don’t make the claim lightly when I say I can see all sides of the assisted suicide issue that was the underlying theme to the love story in You Before Me. I’d known a man who made valuable contributions to society while typing with a forehead pointer and others who would have given anything to check out of living. I’d witnessed the pain and hopes of their families. I’d experienced my own emotional ebbs and tides while helping my husband deal with the loss of his mobility and speech. Love takes many forms---wanting to hold on to or wanting let go of life is complicated.

Which was better---the book or the film? Hard to say. I loved them both. The film adaptation cuts out several sub-plots which was fine with me. The casting was spot-on perfect, the acting wonderful, the Wales settings enchanting and the storyline was believable, sweet yet funny, emotionally deep and it makes you think. Several reviewers called it a sob-fest, one panned it as a “disability snuff movie.” Book reviewer Liesl Schillinger wrote: “When I finished this novel, I didn’t want to review it; I wanted to reread it.” I felt that same way about the movie. Most of the seventeen in my Movie and Lunch Club were wiping their eyes when the credits rolled. I didn’t think I’d be one of them since I knew the story ended with Will choosing suicide over the love he and Lou shared, but I was. ©

Favorite Movie Quotes: "You've only got one life to live. It's your duty to live it as fully as possible" and "Live boldly. Push yourself. Don't settle."

P.S. I didn't completely spoil the ending for anyone who wants to see the movie or read the book. I didn't tell you how Will's parents and Lou handled Will's assisted suicide.

Even this movie trail makes me smile.
Posted by Misadventures of Widowhood at 12:30 AM