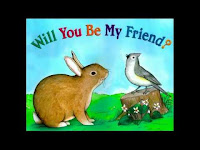 Have you heard the acronym, FOMO? It stands for ‘fear of missing out’ and it’s usually sparked by reading social media like Facebook postings and if you’re not careful to check yourself that spark can turn into a raging fire. Since becoming a widow, I’ve had FOMO more often than I care to admit, mostly on holidays like Father’s Day when friends and family share photos of their get-togethers. Those glowing faces smiling for the camera seem to say the whole world is with someone special while I’m sitting in front of a computer screen with a cup of coffee for company.

Envy isn’t a nice quality to have and I wouldn’t characterize my FOMO as envy. Hold on, you're probably saying, envy is the root cause of FOMO! Okay, that's a good point. But there is envy as in I-hate-you-for-what-you’ve-got and there’s envy as in I’m-sad-that-part-of-life-truly-has-passed-me-by. I’m in the latter camp. Never having had children and grandchildren makes me different than most women and that significantly impacts the stereotypical assumptions of what I should be/could be doing at my age. At my Movie and Lunch Club and my Red Hat Society meeting last week, for example, most of the chatter was about running around to events involving families and boasting about the accomplishments of grandchildren. What could I add to those conversations---the fact that my dog had oral surgery to the tune of $527.14? Nope, nothing I do dovetails with “my grandson is going to Stanford in the fall.” I interject the appropriate platitudes like “his parents must be so proud” yada, yada, yada and while I have gotten to know these ladies and their life styles well they probably couldn’t pick me out of a police lineup.

Woo is me. I’m in a funky mood. I go days without hearing the sound of human voices except on TV. In the summers I only have to go a week in between hugs---one of the perks of hiring my nephew’s lawn care service---but in the winters, hugs are few and far between. I think about moving to a place where higher numbers of retired people are plopped down in one place. (My neighbors are all young, working families and rarely home.) And as tempting as that sometimes sounds, I fear I’d get neighbors like one of my blogger friends whose neighbors frequently drop in unannounced and stay for several hours. I would hate, HATE that! My husband used to have a neighbor who did that. Don would come home, go directly into the bathroom and by the time he finished peeing the doorbell would ring. He got frustrated by the infringement on his time and would complain to me, but he would never go to the door and say, “This isn’t a good time.” Maybe that’s why he always had more friends than me. Just sayin’.

Monday was a busy day. The dog had an appointment at the doggie foo-foo beauty parlor which meant I had no choice but to take him on a long walk ahead of time. Well, I had a choice but he and/or the groomer would have paid a price if I skipped it. While Levi was getting beautified I went to the bank, the vitamin store and to another Gathering at the senior hall. The search for friends was back on again!

The Gatherings are billed as events for people who are looking for friends. It was the third Gathering in their pilot program and I’ve discovered I love get-to-know-each-other games. This month’s game involved taking squares of toilet paper off a roll, enough “to get the job done” but the facilitator wouldn’t clarify which "job" she was talking about. The lowest number of squares taken was four, the highest number was eleven. Then we were asked to tell the group as many things about ourselves as the number of squares we took. No one person dominated the conversation, no one was ignored. It was interesting, enlightening and many fascinating details and common threads were revealed.

One lady made a comment that she has lots of acquaintances but few friends. Where have I heard that before? Oh ya, inside my head. Another woman built on that statement by saying you can’t turn acquaintances into friends unless you share yourself. (Do you think she got that from Oprah?) If only it was that easy. If it was I’d print out some of my blog posts, hand them out at the next Gathering and say, “Here’s a study guide to getting to know me.” I’m kidding, of course…but it’s not a leap in logic to say that total strangers do know me far better than people I actually interact with in person. Like someone with the stomach flu, I vomit my every thought all over this blog, but sitting with a group of others? Well, let's just say I often feel like a fly on the wall pretending I'm Superman when in actuality I'm an unassuming, mild mannered Clark Kent type sitting at the table. ©
Posted by Misadventures of Widowhood at 12:30 AM