Christmas Ups, Downs and Oop, I'll Never do that Again! 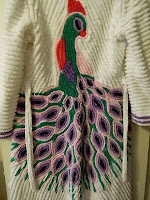 For the first time in fifteen years I didn’t write my annual Christmas letter. Since sending  out that first one, I’ve tried to brand my letters as “self-deprecating humor” that summed up what I’d been doing over the year but this year I’m still in a state of mourning over the election and I couldn’t think of anything funny, cute or even old-woman-wise to write about. If I wrote a letter making light of our president-elect and how invested I got in the election, I know from reading Facebook postings that half my of husband’s family would turn against me upon discovering that I’m what they call a “libtard.” All liberals, in their minds, are not smart enough to come out of the rain or to get a job and we only voted for Hillary to get free stuff from the government.

I dragged my feet about even sending out Christmas cards until this past weekend when I managed to send a scant handful. I’m sure there will be a few people on my holiday list who will assume I died. Before I actually do cross over, kick the bucket, eat dirt---whatever you want to call it---I don’t think anyone will be sending out Christmas cards or letters anymore. The stores don’t offer much of a selection like they did in “the good old days” and electronic cards are showing up in my inbox. Back when I first started sending out cards in the early ‘70s, my card list had almost 200 addresses. Last year my card list was 45 with just over half them getting the letter tucked inside. This year I managed to get out twenty cards with a scribbled sentence inside and I only did those because I was pretending Father Christmas was holding a gun to my head. Ohmygod! Maybe I am a foot soldier in the so-called war on Christmas! Aren't all liberals, she says sarcastically.

Enough of the bah humbug, old lady having a hissy fit. I’m actually having a good week due mostly to having three very long phone calls spread out over four days. One was from a friend of almost 45 years (we always talk politics), one from a new friend from the senior hall (we talked about dieting and other stuff that had us laughing) and one call was from my youngest niece (we talked about life and death and the family). The weather report for our family Christmas Eve party looks good for me to make the hour trip to the boondocks and my oldest niece kindly offered to drive me home with her husband trailing behind us because she knows I don’t see well at night. It’s quite a bit out of their way but as long as none of us are endangering our lives driving in bad weather, I took take her up on the offer. It will give us a good opportunity to talk on the drive home and there isn’t anyone I enjoy talking with more than my two nieces.

My oldest niece is more sentimental than my youngest niece but #2 surprises me from time to time. In our talk this week the subject of chenille bathrobes came up and I mentioned that I still have my mom’s 1940’s robe with a peacock on the back. I sent her a photo of it and she texted me back that it was gorgeous. “It’s yours if you want it,” I texted back. Oh, yes, she did want it adding, “I promise not to fry bacon in it!” In decent condition they sell online for $225 to $325, in fair condition they sell for less to up-cyclers who make vintage pillows out of them. I was going to put Mom's up for auction but I’d much rather give it to someone who loved my mother. It’s too fragile to wear but she likes the idea of hanging it decoratively. I gave her sister a couple of 1940s dresses a few summers ago and she has them hanging as part of her cottage décor. (The place could easily be featured in Country Living magazine.) Can you believe it, my husband and I found a funky store in the boondocks in the late 1990s that had brand new old stock clothing they found in their basement that they were selling for the original prices marked on the tags back in the ‘40s. I bought four dresses and the cutest, child sized English ride pants and sweater you’ve ever seen. We went back the next week intending to buy every dress they had to resell on eBay but someone beat us to the idea.

In my last blog entry I confessed that I ate the box of chocolates that I bought to have on hand in case someone stopped by unexpected with a token Christmas gift---think tray of cookies. In all the decades of buying the “spare gifts” I can count on my fingers the number of years I’ve actually given them away but I dutifully kept them until New Year’s day, just in case. Until this year. Just now my doorbell rang. It was my new neighbor (who has MS) and her two sons bringing me a Starbucks gift card before they leave town for the holidays. Oops! I had nothing to give her back but a hug. I'll never, ever break the rules of that Christmas tradition again. Mom was right, "You never know who might stop by over the holidays." ©


I'm a day early with this blog but I'm posting it anyway so I can wish anyone who stops by a Merry Christmas and the happiest of happy holidays.
Posted by Misadventures of Widowhood at 7:43 PM