When a Mother Dies... 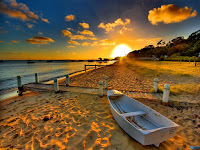 My nieces and nephew are hurting now. Their mother, my x-sister-in-law, just died after a long struggle in Hospice that has been hard on everyone who loved her. And I’ve been debating whether or not to write about her years of on again, off again addiction to prescription pain medications. On one hand, it’s not my story to tell but on the other hand it’s not a secret. People who matter to my nieces and nephews already know and others who might not know will never in a hundred years find my blog. The tipping point was I decided that if everyone who knows someone who is a part of this national epidemic would put a face on the statistics maybe it will help the push to get the laws passed to do something about it. My x-sister-in-law was not one of 18,000 who die every year from prescription opioid pain medication overdoses but she came close a few times.

I’ve known ML since I was thirteen or fourteen when she started dating my older brother. Her home life was tumultuous but she sure knew how to have fun. She was cute, bubbly, and full of energy, a cheerleader and loved being the center of attention. My first real memory of ML dates back to a walk we took to a store two miles from our cottage when she explained in vivid detail what happens when the birds and bees get together and make a baby. She thought it was hilarious that: 1) I didn’t already know the facts of life and, 2) I didn’t believe her.

The year my brother graduated from high school he and ML were married in a lovely but quickly put together church wedding then they moved into our cottage. It didn’t have central heat or indoor plumbing and it was the middle of the winter. They planned wisely and worked hard in their early years together. They bought a piece of wooded property, built a small house inside of what would later become a two stall garage. Stage two was they added a breezeway/temporary master bedroom. With their own hands and a lot of help from my dad they went on to build stage three: a beautiful, two story house that was finished several years after their third and last child came alone. ML was a hard worker, a good cook and my best holiday memories stem from the parties at that house on the curve. Half through their nearly twenty years of marriage ML went to cosmetology school and opened up a hair salon in their former breezeway and she had quite a following. From the outside looking in anyone would think they were happy, but there was trouble brewing underneath---much of which, in my opinion, stemmed from my x-sister-in-law’s dark childhood experiences that got in the way of her placing full value on herself and her accomplishments and left a hole in her core that could never be filled.

Long story short, somewhere along the line after the divorce ML got injured. Maybe it happened when she was working as an aid in a nursing home---I don’t remember---but after a surgery or two she got hooked on prescription pain medications and she got caught doctor shopping in four counties who’d all write prescriptions for what she craved. She tried it all to get clean---drug rehab, support meetings, counseling but it never lasted for very many years before she’d find herself back in same cycle of addiction. My firsthand knowledge during those years is limited because the only time I’d see my x-sister-in-law was at weddings, graduations, funerals and baby showers, but ML once told one of her daughters that she could convince any doctor she had a condition that required a strong pain medication and I don’t doubt that. Who would guess that an average, middle class working woman would lie about something like that? But at least one doctor in very recent years plainly didn’t care if she was. The number of overlapping prescriptions he wrote for her was certainly unethical if not outright criminal.

ML’s yo-yo of addiction and getting clean took its toll on her over-all health and her family. Still, there was so much in her life that was good and worthy of pride besides the fact that she and my brother produced three amazing kids who she loved. ML could be funny, fun, compassionate and resourceful. She was smart and gave her full measure at any work or play situation she tackled. She also loved deer hunting, fishing, her dogs and chickens, her little house on a lake and her second husband. My x-sister-in-law was a complex person full of dichotomies and it’s a darn shame her life story needs to include a chapter on prescription drug addiction. It was a part of her, but not the whole of her…and here's what society needs to understand about people who abuse pain medications: It can happen to anyone and you could know someone right now who is hiding a secret life of addiction.

For me, I’ll remember ML warmly for those years when the house was going up, when the kids were growing up and for holiday times when she filled their house with traditions and laughter. She was loved and my heart aches for everyone whose life she touched...including my own.  ©
Posted by Misadventures of Widowhood at 12:15 AM