Sentimentality, Traditions and Gifts for Widows 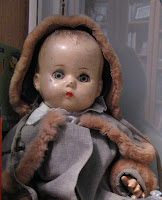 I’m so darn sentimental it’s embarrassing. Some of the things I’m sentimental over makes sense like my childhood doll and her fur trimmed coat that was made out of my mother’s wedding suit, but some things would have others scratching their heads, wondering why I hold on to something with so little value. An example of the latter literally got turned into a pile of rags this week. It was a t-shirt of my husband’s that I’ve been using as a nightgown in since he died almost five years ago. For a couple of months I’ve been planning to cut it up for rags but it took the dog barfing all over the place before I could actually get myself to do it. That’s not the end of it though, before I took a pair of scissors out of the drawer I went online and bought another t-shirt just like it.

Do I think I’ll fool myself when the new and improved t-shirt is folded on my shelf, waiting for a warm summer night? Can I pretend it’s still connected to my husband in a weird, twisted kind of widow logic? I think I can and as evidence of that I offer Exhibit A: A Mickey Mouse watch. My husband had a dozen watches but this one was his favorite to wear when little kids would be around and unbeknown to me he actually had two of them. I found the second one in a shoebox of junk he probably picked up at flea markets and after finding it, I gave the one he actually wore to the son-I-wish-I-had. His own kids loved that watch when Don wore it, now they are grown with babies of their own and Tim is having fun wearing it around a new generation. The watch I didn’t know existed now hangs in my computer wardrobe and even though Don never wore it, it still queues up great memories.

The t-shirt is one of two Christmas presents I bought myself. Ancestry.com was offering a holiday discount on their DNA kits and I’ve wanted to do one of those for a couple of years. Not having any children, it seems like a waste of money but on the other hand, I’ve been doing genealogy research since I tagged along behind my mother going to court houses back in the ‘60s and not long ago I had books printed up, one for each side of my family tree. DNA seems like putting a period at the end of a sentence, the end of a very long project.

I’m getting used to spending Christmas day alone---this will be my fourth one but compared to seven decades of never being alone on the holiday, four Christmas’ is a drop in the bucket. Is it any wonder Christmas is a downer for so many widows and widowers? I try not to care about the holiday but I wish I could un-see the photos of candy cane shaped bread in various stages that a Red Hat sister posted on Facebook that she’s making for gifts. Avoiding Facebook in December helps but there is always something to remind me that joyful holidays are in my rearview mirror. Like an article in the newspaper about a project patterned after the Angel Trees for children where people pull a tag off the tree with a child’s name and age written on it, then they buy them a gift to be delivered by the “angel network.” Only this Angel Tree was for elderly people living alone. At first I thought, that’s a great idea, followed by sadness when I read that the tree is only for low income elderly people. I was thinking of another four-year widow I read online who had a major pity party---and that’s not an exaggeration---because a club she belongs to decided not to exchange gifts this year. Ya, I know her pity party goes deeper than a missed gift but that’s where she’s placing all her widowhood anger and resentment.

Although I’m quite used to buying my own presents, I think the no-one-to-give-me-a-gift thing bothers me, too. Last night while watching a movie until three in the morning I wanted to order everything they advertised. The Lumo Lift for slumping shoulders and a Google Home. No, Jean, those are fads you’d soon tire of. ThinOptics---Seriously, Jean? You don’t need another pair of reading glasses no matter how cool the design. A Water Pik. Maybe. But the biggest clue to my Christmas mood is that I ate the small box of chocolates I bought to have on hand in case someone unexpected stops by with a token gift---like cane candy shaped bread or a tray of cookies. The emergency-gift-on-hand tradition is something I inherited from my mother and it’s not supposed to be opened until New Year’s Day. That’s “The Rule” if the candy is not given away in December. My old doll caught my eye as I popped the last chocolate in my mouth, her intense stare telling me that Mom would not be pleased. Do we ever get our mothers' voices out of our heads? © 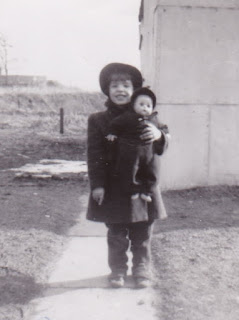