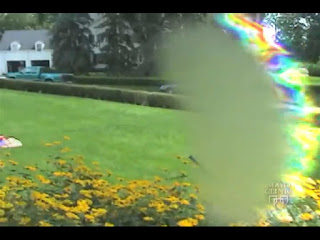 Thanksgiving is just around the corner and I’ll be spending it alone unless a last minute invitation comes which is unlikely. Families grow and there is less and less room around the table for widowed aunts as kids start bringing their friends home from college. At least that’s what I’m guessing is the reason why my niece-in-law---who usually asks me over for Thanksgiving---didn’t this year. I picked that clue up from Facebook. It doesn’t matter. I’ve been getting my fill of the traditional turkey dinner at the takeout window of a local chain. They do a fabulous job---as good as any homemade turkey, mash potatoes, stuffing and pie and the eight dollar dinner is enough food for two meals at home. In fact, dozens of people around town will be serving their pies over the holidays. They take orders well in advance and a few days before thanksgiving and Christmas people are overflowing the parking lot to pick up their pies. Me? If I’m indulging at the Dutch Boy Restaurant I’d rather have one of their cream puffs. I grew up sharing a cream puff with my mom when we'd be by her favorite bakery so they're a comfort food for me.

I’ve written about the Dutch Boy Restaurant before and how my husband would never go there because years ago its owner filled the place with religious tracts. Over the decades most---but not all---of the tracts have disappeared but Don never let go of his dislike for the place. I go there occasionally, with various groups I lunch with but it feels like I’m cheating on my husband. The church crowd are still loyal patrons and why not, the owner is a local philanthropist who actually walks the talk and not all Christians in my sphere of knowledge do. Locally owned restaurants and bars seem to draw like minded people, don’t they. The biker who opens up a bar draws the bikers and the urban millenniums draw people who love small batch beers. In a small town on the outskirts of town we once went to a restaurant that had White Nationalist and Michigan Militia crap all over the walls. We didn’t notice it until after we’d placed our orders, so we made the best of it and did some serious eavesdropping before we got the heck out of there. It gave us great pleasure a year later when we learned they'd gone out of business. Its owner is probably still scratching his head, trying to figure out why.

Speaking of restaurants this week I had a two hour lunch at the Guy-Land Cafeteria with my Gathering Girls pals. I wish I’d met these women much earlier in life. Only back years ago I wouldn’t have had anything in common with a bunch of young widows raising their kids on their own. We don’t spend a lot of time talking about serious topics because someone will end up saying something that cracks us all up and we get side-tracked easily by laughter. Silly things like all of us were having trouble remembering the name of the restaurant we started out going to 2 ½ years ago and by the time we figured it out we all had aching bellies from laughing. It was Tim Horton’s but we ran through Tom Horton, Ted Horton, Jim Horton and Bob Horton before we landed on the right name. And there were descriptions like, “It’s the place is right down the street from the senior hall.” “They have another one in front of Meijer.” "They sell Cold Stone ice cream too." It was one of those conversations that takes a village to find the words we were all searching for. We seem to be having a lot of ‘village conversations’ lately.

The next day I was back at the Guy-Land Cafeteria, my favorite place to people watch and write but I was there for a different purpose that day. I was hungry! I got up at 5:30 AM and was on the road by 7:00 without so much as a cup of coffee. The cafeteria was a convenient place to stop on my way home from a semi-emergency appointment with my ophthalmologist. I was experiencing a half-circle of bright flashing lights in an outer ring with an inner ring of colored lights flashing around a core of blurriness. The fear, of course, was the retina was detaching which is an emergency requiring surgery. What I didn’t know until the examination is that when you experience this effect and it goes away in 15-30 minutes that automatically rules out a detachment and puts it in the realm of a retinal migraine. If both eyes had been effected then a TIA would be the more likely cause.

Retinal migraines are also known as silent migraines because they don't come with pain like classic migraines do. Known as silent migraines because you get all the other symptoms. I never knew you could get a migraine without a headache but the doctor said it’s one of the few benefits of being over 60. Something about our veins getting too old to contract. This was my second eye ‘episode’ in a month and I’m to start keeping a diary of what I was doing just before the next one started---listing any stress, lack of sleep and foods eaten in an effort to nail down a trigger. Retinal migraines tend to come in clusters over a few months so he thinks there will be more. Knowledge is power. The next time it happens I’m to say, “Oh, boy, nap time!” Then lay down for a half hour until it passes. If it lasts longer than 30 minutes then it's time for Plan B just in case it is a retinal detachment in the making. ©
Posted by Misadventures of Widowhood at 12:30 AM